The house edge in roulette games comes down to two numbers, the 0 and the 00. These are green numbers – meaning that both red and black lose. While it might seem that having those two numbers on the large wheel is a minor factor, over time those numbers pull money into the house at higher rates than bettors win. Because roulette features pure chance, there’s no strategy around it – it’s not like counting cards. Either you get a lucky roll or you don’t.

People Who Beat The Roulette

However, there are some exceptions to the rule. Joseph Jagger and some friends went to the Beaux-Arts Casino in Monte Carlo for a few days in 1873, recording all of the numbers that the casino’s roulette wheels turned up. After looking at the stats, Jagger found one wheel that had a bias. He spent several days playing that wheel (and some others, to keep the casino staff from noticing as easily), using the biased numbers to pull in more than $400,000. It took the casino a while to figure out what the problem was, but eventually they found that the walls between the numbers were causing the bias. They fixed the problem, and Jagger started losing. However, he figured out that the casino must have solved the problem and left with over $300,000 in his pocket.

In the era of modern technology, these are rare. Even so, a wheel can lose balance, or the wood going down to the numbers might develop a track. The metallic walls between the numbers might show different tensions or heights. Most casinos check their wheels frequently, but this still happens sometimes. You also have to track play for hundreds and hundreds of spins to find a bias, and casino staffs are very aware of people who are behaving unusually – including monitoring numbers from roulette rolls. 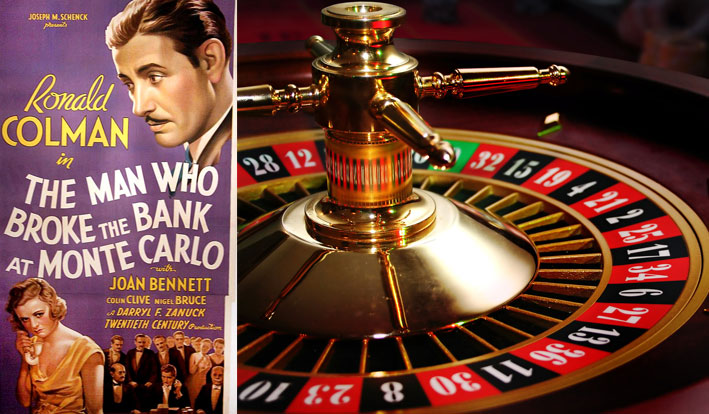 Another possible exception happens when a dealer starts rolling the ball out at the same speed and angle just about every time. Some players can see the numbers passing by when the dealer releases the ball, and they use that information to guess where the ball is likely to end up, and then they either bet or send a signal to an accomplice that it’s time to bet.

Another strategy is to look at the electronic readout showing the last dozen or so numbers. If a number shows up at least twice in that group, some players like to bet it because it could mean a bias in the wheel.

Some people try to use betting systems with roulette. This could be because roulette is slower than some other games, although no proof exists that these work. In the Martingale system, players double their bets after every loss. When the player finally wins, he makes all his money back. For example, a $1 lost bet on black is followed by a $2 bet, then a $4 bet and so on. Each bet becomes increasingly costly, but the eventual win does bring the player back to his original money level.

The problem with the Martingale system is that doubling increases the cost of each bet fairly rapidly. If you have a table maximum, you can hit it (and then dilute your winnings) before you have won that money back from the earlier bets. This means that streaks of more than six losses or so can be fatal to your bankroll. Other strategies such as the Grand Martingale (putting even more up with each ensuing bet) and the cancellation are sometimes popular, but there is no evidence that they work either. If you’re looking for a game in which strategy is significantly more important than chance, you probably want to try something besides the roulette wheel, because Lady Luck will take your money over time.