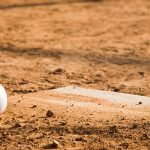 Given that we are still very early in the 2021 MLB season, there is not a lot of major headlines being made at the moment. Most of what we are seeing is injury reports and minor deals, certainly nothing of the blockbuster news headlines that we are used to when it comes to the offseason and the period around the trade deadline. 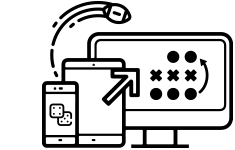 If you are new to online sports betting or a seasoned pro, we strive to create the absolute best online betting experience for all of our customers. Our name, MyBookie, says it all.

We are Your Legal Online Bookie, open 24hrs, 7 Days a Week, there isn’t another sports book on the planet that gives the experience that we do.

That’s why we’re available all of the time. That’s why we accept bets on the widest array of U.S. pro and college sports including the NFL, NCAA, NBA, MLB, NHL to Golf, Tennis & NASCAR Events.

We offer wager types including; Straight Bets, Parlays, Teasers, Buying and Selling Points, If Bets and Action wagers. Our lines are displayed in American, Fractional or Decimal Odds. Plus, we offer terrific initial and reload bonuses and promotions galore.

Combined with a Casino & North American Racebook and new features like Live Betting and a mobile friendly website. It’s all here at MyBookie… we’re constantly improving because you deserve to “Bet with the Best”. Give us a call and we promise you won’t go anywhere else.

We accept Bitcoin, Credit Cards, Visa and MasterCard as well as deposits via Person to Person Money Transfers, Cashier’s Checks and Bank Wires.

We can process withdrawals in less than 24h via Bitcoin and have multiple other payout options. Our professional English speaking customer service agents are waiting to assist you.

Don’t just take our word for it, check out the thousands of 5 star testimonials from real satisfied MyBookie account holders, Give us a try, there isn’t another casino on the planet that has the experience, know-how, and integrity that you will find at MyBookie Online Sportsbook!

Get ready for the best betting action you will find online with the latest sports news, game analysis and previews you need to keep yourself informed through the off and regular season. Directly below is the latest press and news articles published by MyBookie across our site, you can find the full sports news section Sports Betting News here as well as signup to our sportsbook Signup to MyBookie Today

Posted: Tuesday, April 13, 2021 6:29, EDT
Given that we are still very early in the 2021 MLB season, there is not a lot of major headlines being made at the moment. Most of what we are seeing is injury reports and minor deals, certainly nothing of the blockbuster news headlines that we are used to when it comes to the offseason and the period around the Read More

Posted: Tuesday, April 13, 2021 6:04, EDT
The end of the regular season and the playoffs are now very much on the minds of everyone that follows the NBA. The big fear for teams at this late stage of the season is that injuries do not become an issue. Unfortunately, this week’s news and rumors stories have some items that are about just that. There are also Read More

ONE On TNT 2: Lee Vs Nastyukhin Expert Analysis

Posted: Tuesday, April 13, 2021 5:31, EDT
When it comes to fight nights, be it UFC or major boxing events, we are used to seeing them all happen on the weekend. If you look at other organizations, though, you will find that there are a lot of great events taking place in the middle of the week, too. We have one coming on Wednesday, with ONE hitting Read More

Posted: Tuesday, April 13, 2021 5:01, EDT
Top Serie A soccer matches kick off on Saturday, April 17 and run to Sunday, April 18. The two most competitive matches happen on Sunday when Juventus travels to Atalanta and Napoli hosts Inter Milano. Check out analysis, Serie A odds and free picks for those two matches as well as the other great games happening in Serie A this Read More

Posted: Tuesday, April 13, 2021 4:44, EDT
On Wednesday, Bundesliga power Dortmund looks to the turn the tables on Champions League quarterfinals rival Manchester City. Man City got the 2-1 victory in the first match. Will Dortmund do enough to secure a spot in the semifinals? Or will the Sky Blues march into the semis after beating Dortmund in two straight? Check out an expert analysis, Champions Read More

Posted: Tuesday, April 13, 2021 4:30, EDT
In the first-leg of their Champions League quarterfinals match, Real Madrid had no trouble beating English Premier League power Liverpool. But Pool knew they were going to have a tough time beating RM in Madrid. On Wednesday, the Reds take on Real Madrid on their home pitch. Will Pool turn the tables on Real? Or will the La Liga team Read More

Top Sportsbook for US Sports Odds

MyBookie Sportsbook & Casino is the top Online Sports Betting destination in the world created to cater all type of bettors. As a fully licensed online betting site, we provide customers a qualified and professional service complete with betting odds and lines on all major sports leagues around the world.

Sportsbetting that's Better than the Competition

If you have tried online sportsbetting before you probably aware of our competitors, we constantly compare or services to other popular Online Sportsbooks like sportsbetting.ag, bovada.lv, sportsbook.ag & many other industry leading Sportsbook's. #SportsBetting

We Fit Your Devices, Mobile, Tablet, Laptop or Desktop, MyBookie fits best with the most options and bet's across all devices, to give you the best posible sportsbook experience! More Mobile Beting Info.

MyBookie Online Sportsbook offers players a series of generous welcome bonuses and rewards. All you need to do is sign up today for free and in less than five minutes you'll be ready to start betting and winning. So what are you waiting for?

Can you Cast to your Smart TV? Do you own a Google Chromecast, Amazon Fire Stick or Roku Device? If you do you can LIVE Stream Sports Online with Reddit. No PPV? No access to pay per view, cable or direct TV, NO PROBLEM! now it's easy to watch any sport anywhere in the world any time for free, thanks to the Reddit Online Community Forum... Simply Google "YOUR SPORT + Reddit Stream" 30 minutes prior to its start and follow the instructions to Cast directly to your TV. No signup or VPN needed to visit reddit, next using MyBookie Sportsbook's Betting Odds Site or Mobile Friendly Website login to the fastest, easyest way to get your action down on the latest betting odds on your favorite sports.

Always great at answering any questin i have

I have bet on many sports and some other prop bets. The website is easy to use. I do wish there was an app to make it even easier. The fees associated with cashing out are somewhat high. Additionally, I have had an issue with depositing money where slightly more was taken than I wanted. This request to review is still pending..

Hey Brendon,
We appreciate all of your feedback. Please keep in mind that we offer free payouts through our Loyalty Program. Otherwise, with bitcoin, there are no fees involved and it is the fastest method available to receive your payouts. Just so you know, we sent you a follow-up email with more information.
We hope you continue enjoying the site!

Very polite and fast customer service. Rollovers at 40x are quite excessive 30x would be more appropriate