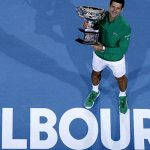 With the star of the 2021 Australian getting closer by the day to its Feb. 8 start date, it's time to take an early look at some of the player odds on both, the men's ATP World Tour and women's WTA Tour. Let's get started on the men's ATP side of the first major of the calendar year so you can start planning your bets and place them against their Australian Open odds. 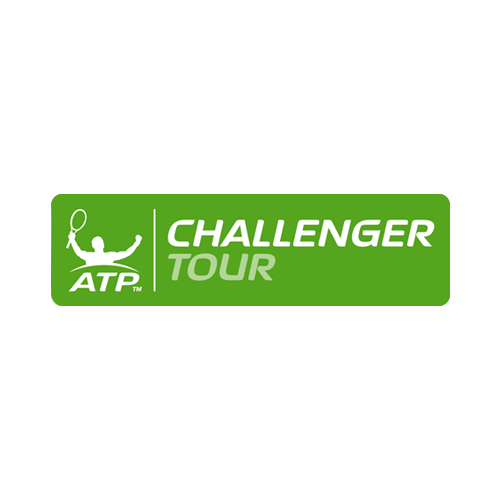 The Challenger Tour is a great way for young players to advance their careers or players that didn't qualify for ATP events.

With the star of the 2021 Australian getting closer by the day to its Feb. 8 start date, it’s time to take an early look at some of the player odds on both, the men’s ATP World Tour and women’s WTA Tour. Let’s get started on the men’s ATP side of the first major of the calendar year so you can start planning your bets and place them against their Australian Open odds.

The world No. 2 and reigning Aussie Open champ has won this event seven times. Djokovic has won two straight Down Under and four of the last six overall. The Serbian went 57-11 last year with five titles, including his fifth Wimbledon title.

The incomparable world No. 1 may be the top seed in this year’s Australian Open, but he’s not the prohibitive favorite. Rafa has won the Aussie Open title just once in his career (2009) and although he’s reached two of the last three finals,.

The legendary Federer went a stupendous 53-10 last year with four titles, but he’s out of this year’s field as he recuperates from his second knee surgery since last year’s Aussie Open.

The blossoming 23-year-old Russian went a stellar 59-21 last year with four titles while reaching six straight finals and bagging two Masters titles along the way. Make no mistake about it, Medvedev is a grand slam champion just waiting to happen.

The 26-year-old Austrian went 49-19 a year ago with five titles including his first major at the US Open. Unfortunately, Thiem has never fared well in Australia. Thiem has never made it past his fourth round appearance in 2017.

The rising 21-year-old Greek star went a stellar 54-25 last year with three titles. Tsitsipas the 2021 season with some newfound confidence after beating Zverev, Medvedev, Federer and Thiem in the season-ending Nitto ATP Finals and reaching the semis at last year’s Australian Open.

Zverev went 44-25 last year with one title and narrowly won his first major before collapsing against Thiem in the finals of the US Open.  Zverev did beat Nadal and Medvedev in the ATP Finals, so there’s some hope, although he’s never made it past the fourth round in Australia.

The 21-year-old Canadian has never been past the third round in Australian, so I don’t know why his odds are so good.

The 34-year-old Wawrinka won it all Down Under in 2014 while making a pair of semifinal appearances in 2015 and 2017. The Stanimal has the firepower to blast anyone off the court and he’ll be motivated to get it done after two straight second round ousters in Australia.

The 24-year-old Russian has reached the third round in Australian in each of the last two years.

The 24-year-old Italian went 43-25 last year and has never been past the second round in three Aussie Open appearances.

The athletic 20-year-old has not made it past the first round in two appearances in Australia, but the young Canadian is supremely talented and is only going to get better moving forward.

I like the highly skilled Bautista Agut, but the 31-year-old just doesn’t have the firepower necessary to dispatch any of the prime time players that are seeded above him. The sweet-swinging Spaniard has never made it past the quarterfinal appearance he made last year and almost certainly won’t again this year.

The diminutive, but fierce world No. 8 has reached the fourth round in Australia in two of the last three years including 2020.

The world No. 3 won this event in 2019 and reached the fourth round a year ago. Now, an unforgettable icon of her sport following last year’s admirable stance against injustice, Osaka is coming off a fine year in which she went 46-14 while winning the 2020 US Open.

The 39-year-old living legend has won this event seven times, most recently in 2017. Now ranked 11th in the world rankings, Williams got knocked out in the third round last year and should be hungry to win her 24th grand slam title this year.

The world No. 1 went 5-1 in six matches and reached the semis in Australia before basically shutting down her 2020 campaign because of COVID-19 concerns.

The world No. 7 missed the entire 2020 campaign and has never been past the second round in Australia.

The gritty 22-year-old world No. 4 will be back defending the first grand slam title of her career. Kenin is 8-2 in three appearances Down Under.

Posted: Thursday, January 14, 2021 4:45, EST
With the star of the 2021 Australian getting closer by the day to its Feb. 8 start date, it’s time to take an early look at some of the player odds on both, the men’s ATP World Tour and women’s WTA Tour. Let’s get started on the men’s ATP side of the first major of the calendar year so you Read More
0 comments

Posted: Wednesday, January 13, 2021 2:40, EST
Tennis is about to kick it up a notch. In less than a month, the best players at both the ATP and WTA will hit balls in Melbourne, Australia at the 2021 Australian Open. The first major tournament of the year runs from February 8 through February 23. Keep reading for updated Aussie Open tennis odds info as well as Read More
0 comments

Posted: Wednesday, January 6, 2021 8:15, EST
The Women’s Tennis Association released their 2021 schedule. The ATP starts their first tournament of the year on Wednesday, January 6 and the Australian Open could have some trouble implementing their quarantine plan. Check out the latest tennis news in our weekly update so you can continue planning your bets and place them against our Tennis odds.  COVID-19 Tennis Update Read More
0 comments

Posted: Wednesday, December 30, 2020 12:18, EST
As we head into the New Year, tennis fans and handicappers should be thankful. The Aussie Open confirmed a specific about the February tournament that allows contenders to make travel arrangements. The folks putting together the Australian Open handed out a wildcard berth to a Grand Slam winner and MyBookie has Tennis odds posted for all four Slam events in Read More
0 comments

Posted: Wednesday, December 23, 2020 10:38, EST
One of the best players on the ATP Tour got back onto the court. Also, the Women’s Tennis Association and the Association of Tennis Players decided on their first tournament of 2021. Check out the latest news in our update so you can keep preparing your bets and place them against our Tennis odds. COVID-19 Tennis Update – December 23rd Read More
0 comments

Posted: Wednesday, December 16, 2020 1:23, EST
The WTA canceled this week’s tournament, the Open BLS de Limoges. Because of the cancellation, it looks more and more like both the WTA and the ATP will begin the new season with the Australian Open in early February. Check out the latest ATP and WTA news so you can plan ahead your bets against our Tennis odds. COVID-19 Tennis Read More
0 comments

Posted: Monday, December 14, 2020 7:44, EST
With the page set to turn on what has been an absolutely insane 2020 calendar year, it’s time to look ahead at the value-packed ATP tennis betting odds to win all four grand slams in 2021. With three different players – and one first-time slam winner – all hoisting the hardware at the trio of majors that took place in Read More
0 comments

Posted: Wednesday, December 9, 2020 4:21, EST
In our latest tennis update, check out how the Australian Open has decided on a start date and read about the Women’s Tennis Association’s 2020 Player of the Year. Also read about the International Tennis Federation and how it can keep tennis handicappers satiated while they await the return of both the ATP and WTA. Let’s get right to it Read More
0 comments

Posted: Wednesday, December 2, 2020 10:43, EST
Neither the ATP nor the WTA plays a tournament this week. That doesn’t mean no news has happened in the world of tennis.  Check out an update on the Australian Open, the WTA’s return to play tennis tournament happening in two weeks, and ATP Challenger matches so you can get all set to make your bets against their Tennis odds. Read More
0 comments