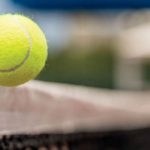 MyBookie brings you a betting preview and prediction for Generali Open 2021, where we take a look at the main contenders for you to watch out for and provide you with all the information you’ll need to place bets on ATP Betting Odds.Generali Open Tennis Analysis & Predictions | ATP BettingThe Generali Open 2021 (also known as 2021 Generali Open Kitzbühel) is a tennis tournament played on clay courts at Tennis stadium Kitzbühel in Kitzbühel, Austria. The ATP Tour is the top level of men's professional tennis with events around the world. Being top-tier events, you can enjoy watching players like Novak Djokovic, Rafael Nadal, Roger Federer, Dominic Thiem among others.

The second-tier tour is the ATP Challenger Tour and the third-tier is ITF Men's Circuit, in both of these events, young players can earn sufficient ranking points to qualify for an ATP Tour tournament.

MyBookie brings you a betting preview and prediction for Generali Open 2021, where we take a look at the main contenders for you to watch out for and provide you with all the information you’ll need to place bets on ATP Betting Odds.

The Generali Open 2021 (also known as 2021 Generali Open Kitzbühel) is a tennis tournament played on clay courts at Tennis stadium Kitzbühel in Kitzbühel, Austria. This year will mark the 77th edition of the event, which will be played as a part of the World Tour 250 Series of the 2021 ATP Tour.

Although the tournament won’t feature any of the top-10 ranked players in the world, the field won’t lack talented up-and-coming players, including the Swiss Open champion Casper Ruud, world no.16 Roberto Bautista Agut, and Filip Krajinović.

Names to Watch Out For

World no.14, Casper Ruud leads the field in Austria as the top-seeded player and the recently crowned Swiss Open 2021 champion. Ruud will begin his journey to the title in the top half, where he is a stand-out name and the man to beat for anyone looking to claim the ATP 250 Generali Open 2021 crown.

Although Ruud is definitely beatable, it will require a monumental effort to stop him with the form he is in. Not only has he won the Swiss Open, but Ruud has also claimed the title in Bastad, marking his second clay court title of the year – and he will surely look forward to making it three in Austria.

What’s more, Ruud has played six games over the last two weeks and won all, dropping only one set along the way.

Ruud has received a direct bye into the second round, where he is expected to meet with Jaume Munar, who he has last faced in 2018 and won in three sets. From there, the Norwegian could meet with Paolo Cuevas, Mikael Ymer, Alexander Erler, or Aljaž Bedene.

Aljaž Bedene is Ruud’s most likely opponent in the quarter-finals, assuming he makes it past Erler and the winner of the Cuevas v Ymer match.

Bedene and Ruud have yet to meet, which could serve as an advantage for the Slovenian tennis player, who is known as a solid clay court player. He averages a 69.33% win rate on clay; however, he is 8-8 on the surface in 2021.

Bedene might not be in the best form ahead of ATP 250 Generali Open; however, he has done well against top-rated players before, which makes him a live underdog to impress in Austria. A win against Ruud would more or less guarantee him a deep run, and while he will need to step it up to achieve that feat, it’s not beyond the realms of possibility to see Bedene make it to at least the semi-finals.

Roberto Bautista Agut leads the bottom half of the tournament and will – like Ruud – begin his journey to the title in the second round. There, he will face either Lucas Pouille or Pedro Martinez.

The Spaniard was expected to compete at the 2020 Tokyo Olympics but decided against it and instead chose to participate in ATP events. Bautista Agut travels to Austria with a chip on his shoulders, following R2 exit at Gstaad, where he lost to Arthur Rinderknech (2-6, 4-6).

Despite his lack of success in Switzerland, Bautista Agut has done well in previous tournaments. He has reached Round of 16 in Wimbledon, QF at Mallorca Open, and Round of 16 at the Italian Open.

Bautista Agut is the man to watch for this tournament, but not necessarily because we expect him to succeed. There is a real possibility that he could get eliminated in the second round or in the quarter-finals, where he is likely to meet with the rising star, Carlos Alcaraz.

Alcaraz has been making some serious noise in Umag and seems set to make a splash in Austria as well. Like Bedene, Alcaraz has a clear path to the finals, and considering the out-of-form Bautista Agut is his main threat for a spot in the finals, a smaller position on the 18-year-old on the e/w market could present an excellent betting opportunity.