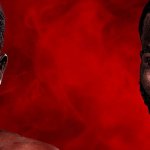 The Mohegan Sun Casino in Uncasville has become one of the top fight locations during the pandemic, and it will host another big event on Saturday night, September 19. The Premier Boxing Champions event will have 3 big fights on the main card, with the Lubin/Gashua super-welterweight title eliminator fight sitting at the top of the list. 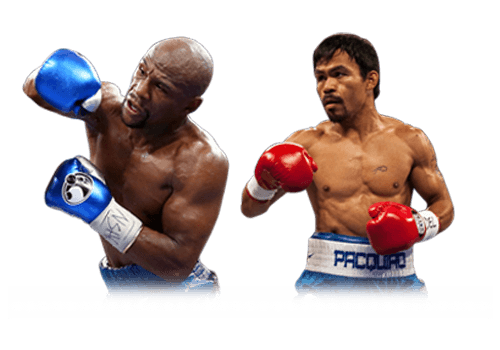 The Mohegan Sun Casino in Uncasville has become one of the top fight locations during the pandemic, and it will host another big event on Saturday night, September 19. The Premier Boxing Champions event will have 3 big fights on the main card, with the Lubin/Gashua super-welterweight title eliminator fight sitting at the top of the list. While this is the fight that is getting all the press right now, the other two fights on the main card deserve some serious attention, too. We are going to take a closer look at all 3 fights and offer up some predictions as we go, along with their Boxing odds.

The first fight on the main card is a 10-round welterweight bout that might not go all the way, Juan Carlos Abreu comes into this fight with a 23-5-1 record. Of his 23 wins, 21 have come via KO, while he has yet to be knocked out in his pro career, although that might well change on Saturday night. He has gone 2-2 in his last 4 fights, but he is coming into this one on the heels of back to back wins. Ennis, on the other hand, is still unbeaten in his career, putting together a 25-0 career mark that includes 23 wins via KO. You have to go back to 2017 to find the last time he went the distance and I don’t think that streak is about to be broken.

It’s another 10-round welterweight fight that we have next, with this one serving as a co-headline event. Cobia Breedy comes into this fight with an unblemished 15-0 career record. This is a fighter who tends to go the distance, though, with only 5 of his wins coming via KO. He did, though, TKO Titus Williams in his last fight. Nyambayar is coming into this bout with a little bit of a chip on his shoulder after losing his unbeaten record in his last fight, losing that one by UD. He is now 11-1 and he does have some power, with 9 of those wins coming via KO. I like Nyambayar to get the KO in the later rounds of this one.

It is perhaps a little interesting to see Terrell Gausha in this fight given that he has not been particularly convincing of late, going 1-1-1 in his last 3 fights, the latest of which was a draw against Austin Trout. Still, his 22-1-1 record is still very good indeed. This is a guy that can flash some power at times, with 10 of those wins coming by KO. He is going to need to be at his best against Erickson Lubin, who comes into this fight with a 22-1 record. His lone defeat came via KO back in 2017, but he has string together 4 wins since then. Lubin has some stopping power, with 16 KO in his career, a number I think he adds to on Saturday night.

Posted: Friday, September 18, 2020 5:14, EDT
The Mohegan Sun Casino in Uncasville has become one of the top fight locations during the pandemic, and it will host another big event on Saturday night, September 19. The Premier Boxing Champions event will have 3 big fights on the main card, with the Lubin/Gashua super-welterweight title eliminator fight sitting at the top of the list. While this is Read More
0 comments

Posted: Friday, September 18, 2020 4:46, EDT
When most fight fans think of Mike Tyson, they remember the negative. No doubt, there are plenty of things Mike has done in his life that he regrets. But before Don King entered the picture, before Tyson turned into an angry young man that could bite off the ear of an opponent, Iron Mike was a young individual who looked Read More
0 comments

Posted: Thursday, September 17, 2020 1:28, EDT
When Iron Mike Tyson takes on Roy “Superman” Jones on Nov. 28, most will remember Mike as the dude that knocked out Zack Galifianakis in The Hangover movies. Some might remember that in the 1980’s there was an awesome fighter named Mike Tyson. Still others will recall the night invincibility died. That night was February 11, 1990 in the Tokyo Read More
0 comments

Posted: Friday, September 11, 2020 6:01, EDT
When we discuss what made Mike Tyson such a successful boxer, we often look towards speed, strength, and overall athleticism. Some of us discuss how Tyson threw power punches from a crouching stance ala Jack Dempsey. But few, if any boxing fans, consider the fact that Tyson utilized a style that his opponents hadn’t seen since the 1950’s or 1960’s. Iron Read More
0 comments

Posted: Friday, September 4, 2020 5:05, EDT
Most fighters are like Iron Mike Tyson. They choose a style from one of the greats and then emulate it. Mike Tyson chose his style from Jack Dempsey. Check out what Tyson learned from watching tapes of Dempsey that made Mike one of the greatest and most feared heavyweights of all time so you can start planning ahead your bets Read More
0 comments

Posted: Friday, September 4, 2020 3:05, EDT
Las Vegas is synonymous with big fight nights, and we have one of those set to go on Saturday night. Jamel Herring, the current WBO Super-Featherweight champion, will have his second defense of the title against Johnathan Oquendo. This is a fight that has been on the cards for a while, but a pair of positive coronavirus tests from Herring Read More
0 comments

Posted: Thursday, September 3, 2020 11:32, EDT
When Roy Jones Jr. steps into the ring to take on legendary heavyweight champ Iron Mike Tyson, most boxing fans will remember how Superman dominated his opponents in the early to late 1990’s. But those of us who watched Olympic Boxing in the 1980’s remember Jones for the most egregious gold medal non-decision in history. Roy Jones Jr. was a Read More
0 comments

Posted: Friday, August 28, 2020 3:28, EDT
One of the reasons Mike Tyson was such a successful boxer is because he did so many things the right way. We call boxing the “sweet science” for a reason. Technique is more important in boxing than strength or even speed. One of Iron Mike’s most important techniques, the one that all other of his flawless techniques sprang from, was Read More
0 comments

Posted: Wednesday, August 26, 2020 2:03, EDT
The person that had the most to do with Mike Tyson turning from a juvenile delinquent into one of the most legendary fighters of all time is Constantine “Cus” D’Amato. Below, we remember a titan of boxing history while also detailing how Cus helped Tyson become the Baddest Man on the Planet. Let’s get right into action so you can Read More
0 comments

Very polite and fast customer service. Rollovers at 40x are quite excessive 30x would be more appropriate

I have been on my bookie for a couple years now for fun and every problem I have ever had has been resolved great service.