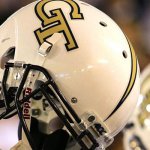 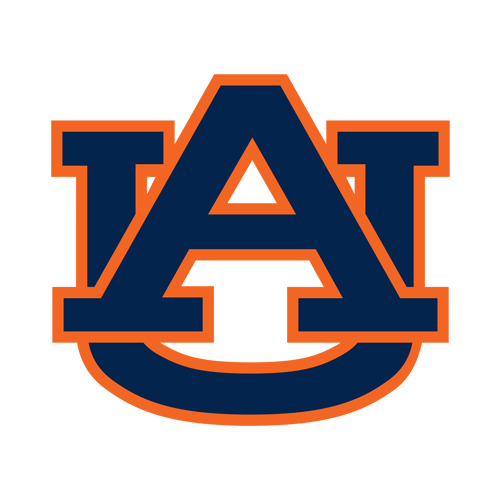 Auburn has had three Heisman Trophy winners but not since Cam Newton in 2010. Could sophomore QB Bo Nix join the fraternity this year? Here are two props available to wager at Mybookie on Nix’s Heisman Trophy chances and Auburn’s 2020 college football season – assuming there is one – and an overview.

During his career at Pinson Valley High School in Alabama, Nix recorded over 12,000 total offensive yards and 161 touchdowns, both state records. He also won Alabama’s Mr. Football Award after his senior season and led Pinson Valley High to consecutive Class 6A state titles.

Nix was a five-star recruit in the Class of 2019 and the No. 1 ranked dual-threat QB in the nation. Every school in the country wanted him, but it was always expected that Nix would go to Auburn because his father Patrick Nix played quarterback at Auburn from 1992-95 and also was his coach at Pinson Valley High. Bo Nix was Auburn’s highest-rated quarterback signee since Jason Campbell in 2000.

Nix won a battle with Joey Gatewood in fall camp last year to start Week 1 vs. a very good Oregon team in Atlanta. It was the first time in his head coaching career that Gus Malzahn — who had retaken over play-calling duties last year —started a freshman quarterback to open a season, and it was the first time Auburn started a true freshman at quarterback in Week 1 during the modern era. It hadn’t happened since Travis Tidwell, who started the 1946 opener against Mississippi Southern.

Auburn would knock off No. 11 Oregon 27-21. After just barely converting a fourth down with on a run in the final minute, Nix threw a 26-yard touchdown pass to Seth Williams with 9 seconds remaining for the winning score. On fourth-and-3, Nix rolled to the right, then tucked and pushed forward. Only the nose of the ball, sitting at midfield, was past the chain when officials measured for a first down.

Nix finished 13-of-31 passing, four of those completions on Auburn’s final drive, for 177 yards with two touchdowns and two interceptions. He also ran seven times for 42 yards.

“He has some savviness to him, there’s no doubt,” Malzahn said afterward of Nix. “When the game is on the line, you’ve got to make plays, and that’s the one thing he showed.”

Nix would go on to be named the SEC Freshman of the Year. He finished 217-of-377 passing for season for 2,542 yards and 16 scores (all Auburn freshman records) and rushed for 313 yards and seven TDs.

“He’s got something special to him,” Malzahn said after Nix helped Auburn beat Alabama 48-45 in the Iron Bowl. “He’ll win a championship before he gets out of here. His leadership, the moment’s not too big. He’s got really good command. He’s got the special traits. The future’s going to be a lot of fun with him leading us.”

Before the coronavirus pandemic restricted travel back in March of this year, Nix spent some time in Dana Point, Calif., with a trio of quarterbacks big-name quarterbacks working to hone their skills. He worked with s Joe Burrow, the reigning Heisman winner, national champion and No. 1 overall pick in the 2020 NFL Draft. Also Sam Darnold, the current New York Jets quarterback who was drafted third overall two years ago. And finally Jordan Palmer, a one-time NFL quarterback who has established a post-playing career as one of the most respected private quarterback coaches in the nation. Palmer, who runs the QB Summit, has worked with a veritable who’s who of quarterbacks in recent years.

“Just going out there, obviously you can learn so much from them and you can soak up so much knowledge from them and how they play the game and just how to go about playing quarterback on a level like that,” Nix said.

Auburn opens the 2020 season (we hope) against visiting Alcorn State on Sept. 5 and will be a monstrous favorite.

Posted: Thursday, May 14, 2020 5:06, EDT
Auburn has had three Heisman Trophy winners but not since Cam Newton in 2010. Could sophomore QB Bo Nix join the fraternity this year? Here are two props available to wager at Mybookie on Nix’s Heisman Trophy chances and Auburn’s 2020 college football season – assuming there is one – and an overview. Bo Nix Heisman Trophy Odds & Analysis Read More
0 comments

Posted: Tuesday, December 31, 2019 9:18, EST
It was a historically good season for Coach PJ Fleck at Minnesota, and the No. 18 Golden Gophers look to close the campaign in style when they take on No. 12 Auburn in the Outback Bowl on Wednesday. The Tigers are TD favorites on the Mybookie NCAAF odds. How to Bet Minnesota vs Auburn 2019 Outback Bowl Odds & Game Read More
0 comments

Posted: Friday, November 29, 2019 2:20, EST
As we head into the final week of the regular season and the penultimate game before conference championship weekend, there are still several teams holding out hope of a playoff spot. No team in the top 4 at the moment can really be considered safe, especially if the drop a game over the next couple of weeks. We really have Read More
0 comments

Posted: Wednesday, November 20, 2019 10:36, EST
There’s no question that No. 16 Auburn will beat FCS cupcake Samford on Saturday as huge college basketball betting favorites, but the Tigers might not be all that interested in the game as they look ahead to their Iron Bowl showdown next week against bitter rival Alabama. Samford vs Auburn 2019 College Football Week 13 Lines & Expert Prediction When: Read More
0 comments

Posted: Thursday, November 14, 2019 3:05, EST
After reaching the top four in this week’s College Football Playoff rankings, the fourth-ranked Georgia Bulldogs will look to stay on track to reach the CFP when they visit the 12th-ranked Auburn Tigers in their huge Week 12 SEC showdown. While Auburn won’t reach the final four and Georgia has a ton to play for right now, let’s find out Read More
0 comments

Posted: Friday, November 1, 2019 8:55, EDT
Really not a ton to play for in this SEC game between Ole Miss and No. 11 Auburn. The Tigers can’t win the West Division but could improve their bowl stock with a victory, while the Rebels are 3-5 overall and just playing for pride. Auburn is a nearly three-TD NCAAF betting favorite at Mybookie. How to Bet Ole Miss Read More
0 comments

Posted: Wednesday, October 23, 2019 8:00, EDT
The second-ranked LSU Tigers will be looking to remain unbeaten when the host the visiting ninth-ranked Auburn Tigers in their huge Week 9 SEC showdown on Saturday. With both teams looking to extend their winning ways, let’s find out if LSU is the pick to take care of business ta home or whether Auburn can pull off the outright upset Read More
0 comments

Posted: Wednesday, October 16, 2019 10:43, EDT
The No. 11 Auburn Tigers have had two weeks to think about their first loss of the season, and they return to action this Saturday as a big road favorite on the college football odds at struggling Arkansas in SEC action. Auburn vs Arkansas College Football Week 8 Betting Lines & Game Info When: Saturday, noon ET Where: Razorback Stadium Read More
0 comments

Posted: Thursday, October 3, 2019 1:53, EDT
Every year, the Power 5 conferences begin with the firm favorites very much in place. Teams like Alabama, Clemson, Oklahoma, Georgia, and Ohio State have all proven that they have the ability to reload when they lose players to the NFL, making them the teams that everyone else needs to chase in order to break up the status quo. All Read More
0 comments