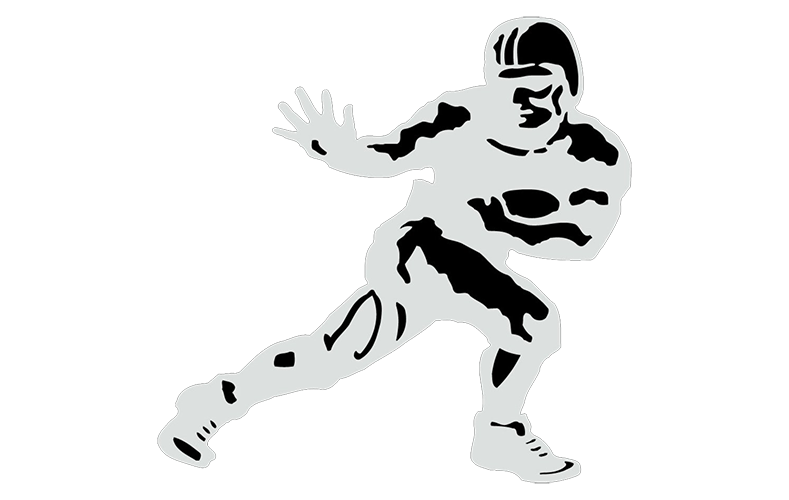 The Heisman Trophy is normally awarded in December but the 2020 winner will be presented on Jan. 5, 2021.

The Heisman Trophy is usually given out in early December, but the 2020 college football season has been anything but usual due to the coronavirus. Now, the sport’s biggest award will be handed out on January 5 and not from New York but virtually via ESPN.

The voting deadline is Dec. 21, and the finalists will be announced Dec. 24 during a 30-minute special at 7:30 p.m. ET on ESPN. All Heisman finalists will appear via satellite from either their homes or schools.

There’s a new Heisman Trophy betting favorite at Mybookie and it’s Florida quarterback Kyle Trask even though his team has played just six games. This past Saturday, the Gators trashed Arkansas 63-35 and Trash threw for 356 yards and six touchdowns, including five in the first half. His 28 touchdown passes lead the nation and are the most by any SEC quarterback through six games in league history.

In scoring the most points against an SEC opponent since a 63-5 blowout of Kentucky in 2008, UF finished with 593 yards of total offense and 36 first downs, converted nine of 12 third-down opportunities and won the time-of-possession statistics by more than 17 minutes (38:48 to 21:12).

“The wideouts did a really nice job and Kyle did a really good job distributing the ball, not getting panicky, taking what they were going to give us all night,” UF coach Dan Mullen said.

Trask is the seventh quarterback in SEC history with multiple six-touchdown passing performances. The only Gators with two such games are Danny Wuerffel (two) and Terry Dean (two). By the end of the first half, Trask already logged his sixth consecutive game with at least four passing touchdowns, extending his SEC record streak.

Trask’s seven career games of four-plus passing touchdowns are tied with Rex Grossman for third in school history, trailing Wuerffel (12) and Doug Johnson (eight). All seven of Trask’s performances have come against SEC teams, the second-highest total in school history only behind Wuerffel’s 11. Trask’s four games of 350-plus passing yards the last two seasons are one more than the combined number of 350-yard passing outings by all Gators quarterbacks since the start of 2002.

Trask could have another monster game this Saturday against a winless Vanderbilt team.

Alabama didn’t play this past weekend as the Tide’s game vs. LSU was postponed due to COVID-19, but QB Mac Jones is a +220 second-favorite. Believe it or not, no Alabama QB has ever won the Heisman.

Through six games this season, Jones has totaled 2,196 yards and 16 touchdowns while sporting a 78.5 completion percentage. His passing yards are the most by any Alabama quarterback through the first six games of a season in program history, surpassing Tua Tagovailoa’s previous program mark of 2,011 passing yards through the first six contests in 2019.

Jones’ 16 touchdowns through the air are tied with AJ McCarron in 2012 for the third-most through six games to start a season. In addition, Jones’ 78.5 completion percentage is the program-high mark by a quarterback with at least 15 attempts through the first six games in the last 20-plus years.  The Tide play Kentucky this week.

Unfortunately, Alabama and Florida don’t play this regular season but are on track to meet in the SEC title game.

Ohio State’s Justin Fields is +250 and Clemson QB Trevor Lawrence, the preseason favorite, is +320. Lawrence has missed the past two games for the Tigers due to COVID-19 but is expected to play this Saturday against Florida State. The 6-foot-6 likely No. 1 overall pick in the 2020 NFL Draft is Tagalog’s 31-1 as a starter at Clemson and was leading an offense that had averaged 48 points a game with Lawrence in charge.

This year, Lawrence has thrown for 1,833 yards, completing over 70% of his throws with 17 touchdowns and two interceptions, ranking 12th nationally in passing efficiency. Earlier this season Lawrence broke the ACC mark for most passing attempts without throwing a pick, which was held the past decade by North Carolina State’s Russell Wilson.

Fields was also off this past weekend after Ohio State’s game against Maryland was canceled because of a coronavirus outbreak within the Terrapins’ program.

Posted: Wednesday, November 18, 2020 9:49, EST
The Heisman Trophy is usually given out in early December, but the 2020 college football season has been anything but usual due to the coronavirus. Now, the sport’s biggest award will be handed out on January 5 and not from New York but virtually via ESPN. Updated Heisman Trophy | 2020 NFL Expert Analysis The voting deadline is Dec. 21, Read More

The Top 5 Heisman Trophy Candidates You Should Bet On

Posted: Friday, April 24, 2020 3:31, EDT
While former LSU quarterback Joe Burrow won the 2019 Heisman Trophy award by unfurling one of the best seasons that any collegiate quarterback has ever had, the 2020 race to win the Heisman looks like it could turn into a knock-down, drag—out brawl for the ages. With that thought in mind, let’s take a look at my top five 20202 Read More

Posted: Monday, April 20, 2020 11:29, EDT
When it comes to the top 2020 Heisman Trophy contenders, even casual college football fans can think of stars like Clemson’s Trevor Lawrence and Ohio State’s Justin Fields. However, when it comes to the handful of Heisman hopefuls that are just off the mark as top favorites, there are several players that could potentially pull off the Heisman trophy upset Read More

What You Can Bet on Friday, Saturday, and Sunday – April 10th Edition

Posted: Friday, April 10, 2020 11:07, EDT
While live sports remain on the bench, we’ve got some big time things happening in Esports. The National Basketball Association also set the field for the 2020 NBA HORSE Challenge. Check out info on that as well as info on everything else going on this weekend! Wagering Options for the Weekend April 10 – April 12 Sports Simulations 2020 NBA Read More

Posted: Monday, April 6, 2020 12:55, EDT
While spring college football has been put on hold all across the nation because of the ongoing coronavirus epidemic, the 2020 regular season looks like it will have a great chance of staying on schedule, simply because it’s still several months away and outside of experts predictions on when the U.S. should be able to bring an end to its Read More

Posted: Monday, December 9, 2019 4:07, EST
With the 2019 NCAA college football regular season now in the rear-view mirror and the final Heisman Trophy odds now on the board, it’s time to take a look at the quartet of finalists that are expected to contend for the most prestigious award in all of college football. 2019 Heisman Trophy Odds, Predictions & Pick Joe Burrow 2019 Heisman Read More

Posted: Tuesday, July 16, 2019 9:32, EDT
The 2019-2020 College Football Season starts in August. Which players have the best shot at striking the Heisman Trophy pose? Alabama quarterback Tua Tagovailoa and Clemson signal-caller Trevor Lawrence lead the charge at +250. Will the award go to Tua or Trevor? Are the odds on the chalk justified? Check out the 2019 Heisman Trophy odds and analysis! 2019 Heisman Read More

Posted: Friday, June 8, 2018 11:45, EDT
Will the NCAA Football Betting favorites Alabama Crimson Tide live up to their status as prohibitive favorites to win the 2019 national championship? Will Nick Saban’s perennially-powerful squad succumb to an elite conference rival like Georgia or Alabama? Can the Clemson Tigers reach the national championship after coming up short in their first season without former superstar signal-caller Deshaun Watson Read More

Posted: Friday, July 21, 2017 12:45, EDT
Can Lamar Jackson pick up where he left off a year ago after unleashing a campaign for the ages that resulted in him winning the 2016 Heisman Trophy? Can the Clemson Tigers overcome the loss of their superstar signal-caller to contend for their third straight appearance in the national championship? Find out more about the latest 2017 College Football Predictions Read More