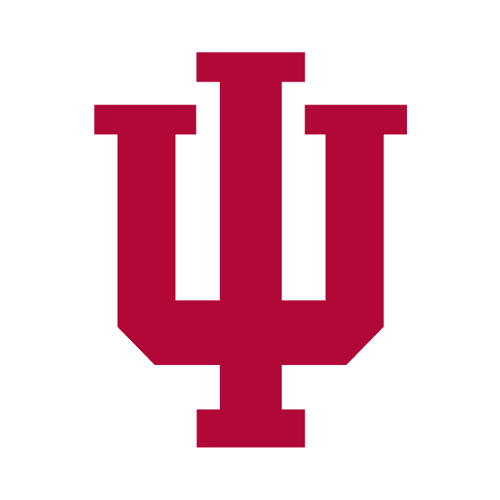 Who would have thought that the Big Ten Game of the Year in the East Division would be between Indiana and Ohio State? The third-ranked Buckeyes host the No. 9 Hoosiers on Saturday with the winner holding the inside track to the division title.

The Buckeyes annually crush Indiana and that was the case last year, 51-10. JK Dobbins ran for 193 yards and one touchdown, and he caught one of Justin Fields’ three touchdown passes. Dobbins is now in the NFL with the Ravens but Fields is still at OSU. The Buckeyes’ 41-point victory margin was the largest in the series since 2006, and it was the most lopsided road win for the Buckeyes in a series that dates to 1901. Indiana ran 31 times for 42 yards, the offensive line allowed five sacks, Damon Arnette Jr. ran back an IU interception back 96 yards for a touchdown, and the Hoosiers’ defense gave up 528 yards.

Saturday’s game will be the first time that Ohio State and Indiana have played when both teams are ranked in the top 10 of the Associated Press poll.

The Hoosiers (4-0) easily won at Michigan State 24-0 last Saturday for the program’s first 4-0 start since 1987, and its first win as a Top-10 team since 1967. The 24-point victory was the largest margin of victory for Indiana at Michigan State in the history of the rivalry, besting the previous mark of 16 (16-0) set in 1969. For the first time in program history, IU has defeated Penn State, Michigan and Michigan State in the same season.

QB Michael Penix Jr. completed 25-of-38 passes for 320 yards, two touchdowns and two interceptions. He averaged 8.4 yards per pass attempt. For the second straight week, Indiana suffocated their opponent by controlling the clock for 39:14, with Michigan State only gaining 191 yards of total offense.

vTy Fryfogle caught 11 passes for 200 yards and two touchdowns in the win. That’s two games in a row where he recorded at least 140 yards and a touchdown. The senior wideout’s first touchdown came on a quick hitch where he appeared to be wrapped up by three Spartan defenders, only to wiggle free and bound his way into the end zone for a 16-yard score. His next touchdown was the result of a perfectly timed throw from Penix Jr. on a 25-yard out that Fryfogle turned up the right sideline for a 65-yard strike.

Ohio State (3-0) had last week’s game at Maryland canceled due to COVID-19 issues on the Terps. There will be no fans in attendance for this game or perhaps the rest of the season at Ohio Stadium. Family members of coaches and athletes are no longer permitted to attend sporting events for teams playing this fall due to a stay-at-home order in Columbus, Ohio.

The school had allowed a few hundred people at the first two home football games. The decision not allowing family members at football games will be reevaluated prior to Ohio State’s game against Michigan on Dec. 12.

Through three games, Justin Fields has thrown as many incompletions as he has touchdown passes and is a Heisman favorite. Coupled with his two rushing TDs, Fields has accounted for more touchdowns (13) than he has incompletions (11). He’s 72 of 83 on the year with 908 yards, 11 touchdowns and zero interceptions. Fields’ 86.7 percent completion percentage is the best three-game start to a season (min. 50 attempts) by anyone in college football since at least 2000.

As for Saturday, the Buckeyes have won 24 consecutive games over Indiana since a 27-all tie in 1990. Indiana last defeated Ohio State consecutively in 1987 and 1988. Since 1952, Ohio State owns a 55-2-2 record in the series. The Buckeyes have averaged 42.4 points per game in the last 10 games against Indiana.

Posted: Thursday, November 19, 2020 8:57, EST
Who would have thought that the Big Ten Game of the Year in the East Division would be between Indiana and Ohio State? The third-ranked Buckeyes host the No. 9 Hoosiers on Saturday with the winner holding the inside track to the division title. How to Bet Indiana at Ohio State NCAA Football Odds & TV Info When: Saturday, noon Read More
0 comments

Posted: Friday, November 13, 2020 9:02, EST
One of the biggest national surprises so far in college football is No. 10 Indiana, and the Hoosiers look to stay unbeaten and take sole possession of first in the Big Ten East Division with a win at Michigan State on Saturday. How to Bet Indiana at Michigan State NCAA Football Odds & TV Info When: Saturday, noon ET Where: Read More
0 comments

Posted: Monday, October 19, 2020 4:21, EDT
Back in mid-August, the Big Ten canceled its football season for 2020 because of the coronavirus and planned to play in the winter/spring of 2021. However, that decision didn’t go over well with coaches, players, fans, even President Trump.  The ACC, Big 12 and SEC started their seasons in September and finally the pressure was too much for fairly new Read More
0 comments

Posted: Tuesday, May 12, 2020 9:31, EDT
Indiana is known as a basketball school and has never had a Heisman Trophy winner. Quarterback Michael Penix Jr. looks to change that this year. Here are two props available to wager at Mybookie on Penix’s Heisman Trophy chances and Indiana’s 2020 college football season – assuming there is one – and an overview. Heisman Trophy odds: Penix is +3500 Read More
0 comments

Posted: Thursday, November 21, 2019 4:27, EST
You begin to understand the level of pressure on certain teams when you see the public reaction to a loss or an overall season record. A perfect example can be seen in Alabama, where losing a game and potentially missing out on the playoffs is seen as a disappointing season. The same is true of Clemson, who are unbeaten yet Read More
0 comments

Posted: Wednesday, November 13, 2019 2:18, EST
Fans of college football are very often quick to jump on the playoff committee every time a new set of rankings are released. Part of the problem is that we all have out own ideas about what the top 4 should look like, ideas that don’t always fall in line with what the committee believes. The harsh reality, though, is Read More
0 comments

Posted: Wednesday, November 14, 2018 8:08, EST
There’s really no chance that No. 4 Michigan loses as a huge home NCAAF betting favorite to Indiana on Saturday. Right? It is potentially a huge trap game for the Wolverines ahead of their mega-showdown to close the regular season against rival Ohio State.   How to Bet Indiana vs Michigan NCAA Football Week 12 Odds & Game Info .@P_Rams12 Read More
0 comments

Posted: Wednesday, October 17, 2018 9:01, EDT
The Penn State Nittany Lions attempt to shrug off a loss in Week 7 when they battle the Indiana Hoosiers on the road in NCAA Football Week 8. Penn State dropped a game at home to rival Michigan State. Will the Nittany Lions take out their frustrations on big dog Indiana? Keep reading for the latest college football odds, analysis, Read More
0 comments