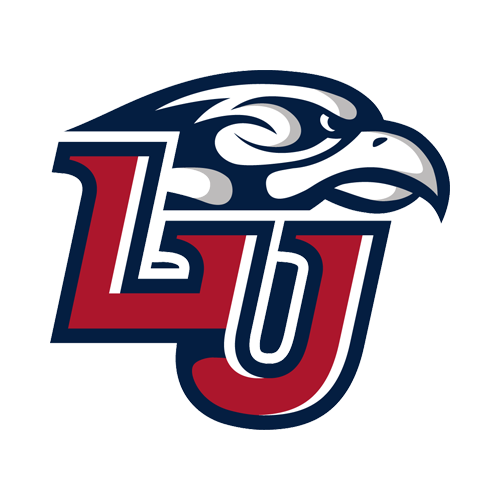 No question that the marquee bowl matchup on Saturday is the Cure Bowl from Orlando that features a one-loss Liberty independent team against unbeaten and 12th-ranked Coastal Carolina, the Sun Belt Conference co-champion. The Chanticleers are favored on the NCAAF odds. These teams were supposed to meet in the regular season, but it was called off due to COVID issues at Liberty.

It’s the 15th meeting between the former Big South rivals and they are tied 7-7. Only an 11-point differential (433-424 Liberty) separates the two teams over the years and multiple overtimes were needed in 2005 and 2013.

Coastal Carolina is making its first-ever bowl appearance, while Liberty is heading to its second-consecutive Cure Bowl. Liberty (2019) and Coastal Carolina (2017) recently made the transition to the FBS.

Why Bet on Liberty?

Willis is 8-1 as a collegiate starting quarterback, with all of his starts coming at Liberty after transferring from Auburn. His first collegiate start (Sept. 19 at Western Kentucky) did not come until his fourth year of college. Willis became the first Liberty quarterback ever to win his first seven starts.

The Flames rank No. 8 in the country in rushing offense (252.1 yards per game) and No. 17 in total offense (483.5). They are 13-0 under Hugh Freeze when outrushing their opponent, including 8-0 this season. Freeze was mentioned as a candidate at both South Carolina and Auburn but apparently will stay put.

The Liberty defense ranks among the nation’s leaders in total yards allowed (No. 9, 301.2 yards/game). Last week against UMass, the Flames pitched their first shutout since 2016. They are allowing just 9.7 ppg over the last three outings.

Liberty is looking for its first-ever victory over an FBS Top 25 opponent (in their third try). The Flames also are looking to tie the program record for most victories in a season. The 2008 Flames finished 10-2. The Flames, who topped Georgia Southern 23-16 a year ago, are aiming to become the first two-time Cure Bowl champion.

Why Bet on Coastal Carolina?

Coastal Carolina (11-0) was hoping to get the Group of 5’s New Year’s Six bowl spot, but that went to unbeaten Cincinnati of the American Athletic Conference.

The Chanticleers were supposed to play Louisiana, a team that Coastal beat in the regular season, for the Sun Belt title on Dec. 19 but that was canceled. As noted above, Coastal was to host Liberty on Dec. 5 with ESPN College Gameday in Conway, S.C., but the game was canceled due to COVID-19 protocols. Coastal Carolina made a late schedule change and defeated No. 17 BYU, 22-17.

Coastal Carolina is on a 12-game winning streak, dating back to last season, which is tied with No. 1 Alabama for the longest current winning streak in the nation. The Chanticleers’ 11-0 season is the first unbeaten season in program history and best-ever in Sun Belt Conference history.

Quarterback Grayson McCall was named the Sun Belt Conference Player of the Year, Freshman of the Year and earned a spot on the All-Sun Belt first team for his play this season. He is among the nation’s leaders with 23 passing touchdowns and just two interceptions and leads the Sun Belt in passing efficiency at 185.9 on the season. McCall also leads the Sun Belt in total passing yards with 2,170 on the season and is second in completion percentage at 69.3 percent (151-of-218). He is also 10th in the Sun Belt with six rushing touchdowns and 14th in rushing with 473 rushing yards from his QB position.

Tarron Jackson was named Sun Belt Defensive Player of the Year. He leads the team and is second in the Sun Belt in sacks with 8.5 on the year. Jackson also leads the Chants and is third in the league in tackles-for-loss with 13.5. Jackson is the only player in the top three in the conference in both sacks and tackles-for-loss this season. He is also tied for second in the Sun Belt with three forced fumbles on the year while also adding 49 total tackles, 18 quarterback hurries, and one fumble recovery.

The Cure Bowl is not only the first bowl appearance in Coastal Carolina program history but will mark the first-ever neutral site game for the Chanticleers in the program’s 18-year history.

Posted: Thursday, December 24, 2020 9:00, EST
No question that the marquee bowl matchup on Saturday is the Cure Bowl from Orlando that features a one-loss Liberty independent team against unbeaten and 12th-ranked Coastal Carolina, the Sun Belt Conference co-champion. The Chanticleers are favored on the NCAAF odds. These teams were supposed to meet in the regular season, but it was called off due to COVID issues Read More
0 comments

Posted: Friday, November 9, 2018 12:19, EST
As seems to be the case every single year, the conference battles in college football are going to go right down to the wire. As it stands right now, the SEC Conference is the only one in the Power 5 that has already seen the title game decided. For the rest, there is going to be a few more weeks Read More
0 comments