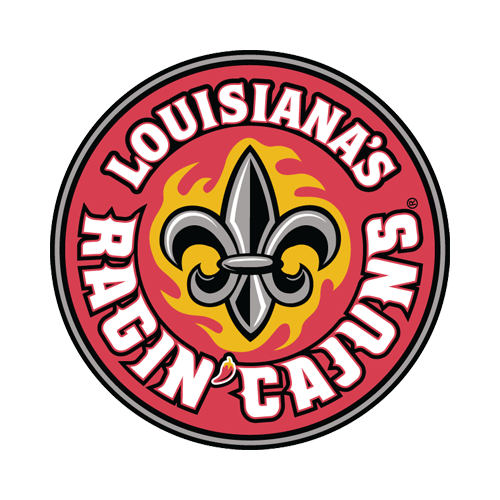 There are three bowl games Saturday and the first to feature a ranked team is No. 19 Louisiana, the co-champion of the Sun Belt Conference, as the Ragin’ Cajuns face UTSA (Texas-San Antonio) of Conference USA in the First Responder Bowl from Dallas. The Cajuns are solid favorites on the NCAAF odds.

It’s the first-ever meeting between Louisiana and UTSA. Both schools are making their first appearances in the First Responder Bowl. In the Coach Billy Napier era, the Ragin’ Cajuns own a 1-0 record over Conference USA opposition, the lone win coming on Oct. 23 when the team defeated UAB, 24-20, in Birmingham.

Why Bet on Louisiana?

Louisiana (9-1) was supposed to play unbeaten Coastal Carolina in the Sun Belt title game on Dec. 19 but that was canceled for COVID-19 reasons so the league declared co-champions even though Louisiana lost to Coastal Carolina during the regular season.

The Ragin’ Cajuns have one of the Sun Belt’s top running backs in Elijah Mitchell, who was named first-team All-Sun Belt. He rushed for 751 yards and seven touchdowns. His yardage total ranks 29th nationally and third in the league, while his seven scores ranks 47th nationally and fourth in the conference. Mitchell, who is fifth in career rushing scores (40) among active FBS running backs, ranks fifth in that category in program history while ranking sixth in school history in career rushing yards.

Louisiana got great news this week when in-demand coach Billy Napier turned down Auburn. Earlier this month, Napier also expressed his desire to remain at Louisiana amid interest from South Carolina, who eventually hired Shane Beamer as its next coach.

The postseason bowl appearance will be the 10th in program history and the third-straight under Napier. Louisiana holds an official record of 5-2 in bowl games.

Why Bet on UTSA?

The Roadrunners are 7-4 overall and finished second in Conference USA’s West Division with a 5-2 mark. UTSA ended the season with three straight victories and is one win shy of matching the program standard (8-4 in 2012).

First-year head coach Jeff Traylor directed the team to its second-ever bowl appearance. The Roadrunners are 0-1 all-time in bowl games. The team previously played in the 2016 New Mexico Bowl.

UTSA’s star is running back Sincere McCormick (great name), who was named Conference USA Offensive Player of the Year. McCormick, who also collected first-team all-league accolades, leads C-USA and ranks second in the FBS with a school-record 1,345 rushing yards to go along with a program-record 11 rushing touchdowns this fall.  He is a four-time C-USA Offensive Player of the Week.

McCormick has twice broken his own school record for rushing yards in a game, including 251 yards in the win over North Texas in his last outing. He owns the top two and five of the top 10 rushing games in C-USA this season and he has 31 runs of 10-plus yards, including 16 of 20-plus and four of 50-plus yards.

UTSA has two great kickers in punter Lucas Dean and placekicker Hunter Deplessis. Dean leads C-USA and ranks fourth nationally in punting with a UTSA-record 46.3-yard average. He has logged 27 punts inside the 20-yard line, including 15 inside the 10 and seven inside the 5, and he owns 21 punts of 50-plus yards.

Duplessis was a semifinalist for the Lou Groza Award this season. He leads C-USA and is 11th nationally with 16 field goals made. He is 16 of 18 field goals and 37 of 38 on extra points this season, and he ranks second in the league and 23rd in the FBS in field goals per game (1.45) and third in the conference and 12th in the nation in field-goal percentage (.889).

This will be UTSA’s first bowl appearance since the New Mexico Bowl on Dec. 17, 2016, in Albuquerque. The Roadrunners lost that one 23-20 to New Mexico.

Posted: Thursday, December 24, 2020 8:31, EST
There are three bowl games Saturday and the first to feature a ranked team is No. 19 Louisiana, the co-champion of the Sun Belt Conference, as the Ragin’ Cajuns face UTSA (Texas-San Antonio) of Conference USA in the First Responder Bowl from Dallas. The Cajuns are solid favorites on the NCAAF odds. How to Bet Louisiana vs. UTSA NCAA Football Read More
0 comments

Posted: Thursday, December 17, 2020 10:50, EST
It’s quite simply the biggest game in Sun Belt Conference history on Saturday afternoon when one-loss and 19th-ranked Louisiana visits unbeaten and No. 12 Coastal Carolina in the conference title game. The Chanticleers could get a New Year’s Six Bowl spot with a victory. How to Bet Louisiana at Coastal Carolina NCAA Football Odds & TV Info When: Saturday, 3:30 Read More
0 comments

Posted: Wednesday, December 2, 2020 10:18, EST
It’s the regular-season finale on Friday night for Sun Belt Conference West Division champion and No. 21 Louisiana when it visits East Division foe Appalachian State. The game is big enough that ESPN has picked it up, elevating it from ESPN2 and changing the start time. How to Bet Louisiana at Appalachian State NCAA Football Odds & TV Info When: Read More
0 comments

Posted: Wednesday, December 12, 2018 8:01, EST
Only in a bowl game could two teams from Louisiana be playing in Florida! That’s the case for the first bowl day of the 2018 college football postseason as Tulane and Louisiana square off in the Cure Bowl from Orlando on Saturday. The Green Wave are just over field goal NCAAF Betting favorites. How to Bet Tulane vs Louisiana-Lafayette 2018 Read More
0 comments

Posted: Thursday, September 27, 2018 4:06, EDT
After just 4 weeks of the college football season, we have seen our usual share of upsets and downright shocking results. Through all of that, though, there are some things that have remained very much the same, with the top 4 teams this week exactly the same as they were at the start of the season. The only change there Read More
0 comments

Posted: Tuesday, November 29, 2016 9:48, EST
It’s a much more important game for Louisiana Lafayette on Saturday against state and Sun Belt Conference rival Louisiana Monroe. That’s because ULL can get bowl eligible with the victory in the regular season finale, while ULM can’t. And ULL is favored by a touchdown on college football odds. Louisiana-Lafayette at Louisiana Monroe Odds, Free Pick & TV Info BIG Read More
0 comments

Posted: Monday, December 14, 2015 12:53, EST
If you’re looking for a fun-filled game that looks like an offensive explosion just waiting to happen, then you should know the 2015 R+L Carriers Bowl looks like it’s going to feature some flat-out fireworks. Now, let’s check the college football betting odds heading to this game. Betting on the Red Wolves @ Bulldogs 2015 New Orleans Bowl Odds Match Up Read More
0 comments

Sports in the State of Louisiana