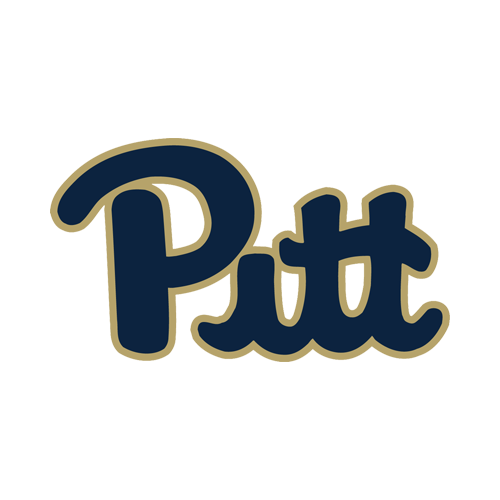 Just one Power 5 Conference game on Thursday around college football this week – of course, there’s always the chance it could get canceled – as Pittsburgh concludes its regular season with a trip to Atlanta to face Georgia Tech. The Panthers are just under TD favorites on the NCAAF lines.

Last year, Pitt also visited Georgia Tech and won 20-10 even though the Panthers turned it over three times. Kylan Johnson’s goal-line hit late in the third quarter forced a fumble, protecting Pitt’s lead, and the Panthers rode their dominant defense. Tech had just 194 yards. Pitt led 17-10 when Georgia Tech drove for a potential tying score in the third quarter. Johnson’s hit on Georgia Tech quarterback Lucas Johnson stopped the Yellow Jackets inches short of the goal line, forcing the fumble. Kenny Pickett threw for 204 yards with a touchdown and two interceptions for Pitt, and Vincent Davis had a 61-yard touchdown run on a wildcat play.

Pitt leads the all-time series 9-5 and 4-3 with both as ACC members.

The Panthers last were in action on Nov. 28 and lost 52-17 at No. 3 Clemson. Pitt quarterback Kenny Pickett threw four interceptions, three in the first eight minutes that all led to Clemson touchdowns, and the Panthers could not recover. Pickett passed for 209 yards and two touchdowns along with those four interceptions. The Panthers managed just 16 yards rushing, a season low.

Senior defensive end Rashad Weaver was the standout performer for the Panthers defensively, recording two sacks. Weaver forced Clemson QB Trevor Lawrence to fumble in the third quarter, and Pitt’s Phil Campbell III recovered. For Weaver, it was his fifth career forced fumble. The Panthers came in with the ACC’s third-best defense in yards allowed, but Clemson had surpassed that figure (311) with 349 yards by halftime and finished allowing their most yards this season with 581.

Patrick Jones II and Weaver are semifinalists for the Chuck Bednarik Award, annually presented to the outstanding defensive player of the year by the Maxwell Football Club. Two of the country’s most disruptive defenders, Jones and Weaver headline a Pitt defense that leads the nation in sacks (43) and total tackles for loss (105).

Jones leads the ACC and ranks second nationally with nine sacks. He is 12th in the nation with 13 TFLs. Despite missing Pitt’s opening contest, Weaver has compiled 48 passer pressures to lead the country according to Pro Football Focus. He ranks third nationally in TFLs (an ACC-best 14.5) and 11th in sacks (7.5).

The Jackets (3-6) do have a game scheduled at Miami after this one, but that may or may not be played. Tech comes off a 23-13 loss at NC State last Saturday. The Jackets were missing 10 players in the protocol including their leading rusher and receiver, freshman running back Jahmyr Gibbs, three defensive ends — defending ACC Defensive Lineman of the Week Jordan Domineck, Chico Bennett Jr. and Curtis Ryans — and safety Kaleb Oliver and cornerback Tre Swilling.

Georgia Tech was outgained 91-26 in the first quarter and fell behind 10-0 just one play into the second period. The Yellow Jackets went on to outgain the Wolfpack, 386-286, the rest of the way and pulled within one score twice — first at 10-3 on true freshman quarterback Jeff Sims’ career-long 34-yard touchdown run in the second quarter, then at 20-13 on the second of true freshman place kicker Gavin Stewart’s first two field goals of his career in the fourth quarter — but fell short.

Receiver Adonicas Sanders headlined Tech’s 412-yard offensive effort with seven catches for 105 yards, both career highs. Junior running back Jordan Mason just missed registering his second-straight 100-yard game with 99 yards on the ground. Sims finished with 244 yards of total offense (151 passing and 93 rushing). His 34-yard touchdown run in the second quarter was the longest run of his career. Georgia Tech’s 10 third-down conversions were a season high.

Senior linebacker David Curry led the Jackets’ depleted defense with a game-high 12 tackles, including two for loss. Georgia Tech has surpassed its ACC win total from 2019 (2) and matched its overall win total from last season (3).

Sophomore receiver Marquez Ezzard will undergo surgery for an undisclosed injury and miss the remainder of the season. Ezzard, a transfer who began his college career at Miami, appeared in eight games for the Yellow Jackets this season and caught nine passes for 124 yards.

Posted: Tuesday, December 8, 2020 9:43, EST
Just one Power 5 Conference game on Thursday around college football this week – of course, there’s always the chance it could get canceled – as Pittsburgh concludes its regular season with a trip to Atlanta to face Georgia Tech. The Panthers are just under TD favorites on the NCAAF lines. How to Bet Pittsburgh at Georgia Tech NCAA Football Read More
0 comments

Posted: Friday, November 27, 2020 8:16, EST
In a bit of a surprise, one-loss Clemson wasn’t fourth in the first College Football Playoff rankings out earlier this week but third. The Tigers can take another step toward a spot in the ACC title game by taking care of visiting Pittsburgh on Saturday with Clemson a huge favorite on the NCAAF lines. How to Bet Pittsburgh at Clemson Read More
0 comments

Posted: Thursday, October 22, 2020 9:07, EDT
Third-ranked Notre Dame’s transition to the ACC has gone smoothly so far as the Irish are unbeaten in the conference but could be on upset alert Saturday at a very solid Pittsburgh team that is on a three-game losing streak – but two of those by just one point each. How to Bet Notre Dame at Pittsburgh NCAA Football Odds Read More
0 comments

Posted: Thursday, November 29, 2018 3:08, EST
In most cases, the Conference Championship Games in college football tend to feature a pair of teams that are quite evenly matched. There are, of course, situations where things don’t play out quite that way. In some conferences, you have one division that is loaded while the other is wide-open, which can lead to a mismatch depending on how things Read More
0 comments

How to Bet Penn State vs Pittsburgh College Football Week 2


Sports in the State of Pennsylvania