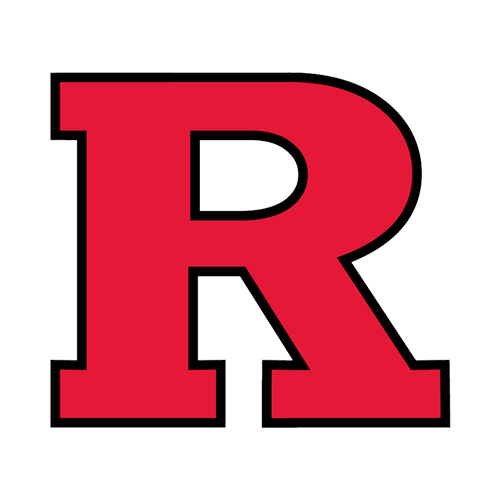 Rutgers has never beaten Ohio State and it’s not going to happen this Saturday, either, in Big Ten action as the third-ranked Buckeyes are massive home favorites on the NCAAF odds to keep rolling.

Ohio State routed Rutgers last year 56-21 in New Jersey. Justin Fields threw for 305 yards and four TDs for the Buckeyes – of course, he’s still the OSU quarterback. Playing just over a half, Fields finished 15 of 19. J.K. Dobbins ran for two touchdowns for the Buckeyes and cornerback Shaun Wade set up two early TDs with an interception and a forced fumble. Rutgers took the opening kickoff and turned the ball over twice in his first four plays from scrimmage, helping stake Ohio State to a 14-0 lead.

Saturday will mark the seventh meeting between Rutgers and Ohio State and fourth in Columbus. The Scarlet Knights’ first Big Ten road game was played in Ohio Stadium in 2014. The Buckeyes have won every meeting.

The Scarlet Knights (1-1) stunned Michigan State on Oct. 24 but lost at home to Indiana last Saturday, 37 -21. The Hoosiers scored 14 unanswered points during the second quarter, as a 15-yard touchdown pass from Penix Jr. to Ty Fryfogle gave Indiana a 20-7 lead at halftime.

Wide receiver Bo Melton and running back Kay’Ron Adams contributed touchdowns for the Scarlet Knights, as Greg Schiano coached his first home game “On the Banks” since returning as head coach. Melton had his first career multi-score game with touchdown receptions in the first and third quarters. He has now recorded a reception in 14 consecutive games.

Defensively, Olakunle Fatukasi reached double-digit tackles for the second-straight week and for the fourth time in his career. His 14 tackles set a new career high. He leads the team and is second in the league with 24 tackles this season. Rutgers ranks first in the Big Ten and second nationally with 9.5 tackles-for-loss per game. The rushing defense (79.5) is second and fourth, respectively.

Quarterback Noah Vedral has accounted for four touchdowns (three passing, one rushing) in two starts, establishing his career high for completions (21) both weeks. Running back Isaih Pacheco paces the offense in both rushing yards (85) and receptions (9). Rutgers has scored eight touchdowns so far, surpassing its Big Ten total of six in nine games last season.

Rutgers is set to face its second ranked opponent in as many weeks. It will be the Scarlet Knights’ 13th game in program history against a team ranked in the top three of the AP poll.

The Buckeyes (2-0) won 38-25 at No. 18 Penn State last week. New Heisman favorite Justin Fields was terrific again, accounting for four TD passes as a part of his second 300-yard passing day of the season. It was the sixth time in his 16-game Ohio State career that Fields had thrown four touchdown passes. Master Teague rushed for 110 of the 208 total yards on the ground for the Buckeyes.

For the second game in a row, WRs Garrett Wilson and Chris Olave topped the 100-yard mark. Wilson pulled in 11 catches for 111 yards while Olave had seven grabs for 120 and two scores. It is the first time a pair of Buckeye receivers have reached 100 yards in back-to-back games. Tight end Jeremy Ruckert hauled in a pair of short TDs passes.

Through two games, Fields has accounted for as many touchdowns (seven) as he’s thrown incompletions. For the season, he’s 48 of 55 for 594 yards with six touchdowns, no interceptions and one rushing TD.

Posted: Friday, November 29, 2019 7:09, EST
Rutgers completes yet another dismal season on Saturday when the Scarlet Knights – who will have a new head coach the next time they take the field in 2020 – visit No. 10 Penn State. The Nittany Lions need a win to secure a major bowl bid. They are massive favorites on the college football lines. How to Bet Rutgers Read More
0 comments

Posted: Wednesday, November 13, 2019 4:27, EST
The college football playoff committee have now released their first two sets of rankings and we have seen some big changes happen through the first two weeks of their involvement. The big talking point with their initial rankings was that the Clemson Tigers were shut out of the top 4. That snub didn’t last long, though, as a pair of Read More
0 comments

Posted: Wednesday, September 25, 2019 10:25, EDT
Michigan’s chances at the College Football Playoff were likely dashed last week in a blowout loss at Wisconsin, but the No. 20 Wolverines still have a shot at playing in their first Big Ten title game. Not likely that UM has much trouble on Saturday as huge NCAA betting favorites over sorry Rutgers. How to Bet Rutgers vs Michigan College Read More
0 comments

Posted: Thursday, November 22, 2018 3:55, EST
The Michigan State Spartans will look to close out their regular season in style while covering a big NCAAF Spread against the visiting Rutgers Scarlet Knights when the two Big Ten rivals square off on Saturday. Now, let’s find out which team is offering the best value in this contest. Rutgers vs Michigan State NCAA Football Week 13 Odds & Read More
0 comments

Posted: Thursday, November 8, 2018 4:48, EST
We are at the point of the season in college football where a single mistake can be the difference between making the playoffs and being left out in the cold. There is perhaps nothing worse than seeing a team stay in the running all the way through the season, only to fall at one of the last hurdles in the Read More
0 comments


Sports in the State of New Jersey