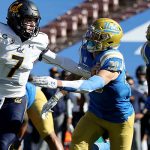 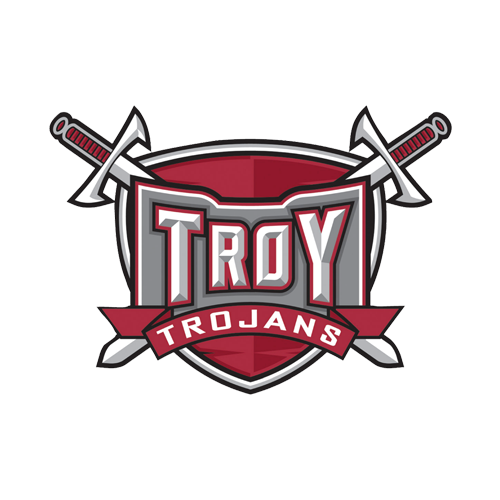 With a chance to make history and a big-time bowl game bid riding on the line if they can finish with one loss, 22nd-ranked Appalachian State has a lot to play for when they hit the road to take on Troy in their Week 14  Sun Belt Conference matchup. While Troy is facing an uphill battle to get the outright win, even at home, let’s find out if the Trojans can at least cover the chalk as nearly two-touchdown underdogs.

Why Bet On Appalachian State?

There are a bunch of great reasons to back Appalachian State in this contest starting with the fact that the Mountaineers are statistically better on both sides of the ball and have the far better defense in this affair by limiting the opposition to just 19.3 points per game to rank 19th nationally in points allowed.

The Mountaineers have won three straight including their 35-13 win over Texas State on Saturday. If Appalachian State wins out and No. 17 Cincinnati, No. 18 Memphis and No. 19 Boise State suffer a loss, the Mountaineers will finish as the highest-ranked Group of Five team to earn a New Year’s Day bowl berth. Last but not least, the Mountaineers have a legitimate star in running back Darrynton Evans. The fleet-footed junior rushed for 154 yards and three touchdowns against Texas State and now has 1,168 yards and a conference-high 17 touchdowns.

“He’s an elite tailback, obviously,” Appalachian State coach Eliah Drinkwitz told reporters. “To me, he’s one of the most dynamic players in college football because of his speed and return ability, and we’re very fortunate to have him.”

Why Bet On Troy?

The only ‘real’ reason to back Troy in this contest is the fact that the Trojans are getting almost two touchdowns as home dogs.

After torching Georgia Southern and Texas State in their previous two games while scoring an impressive 49 and 63 points along the way, the Trojans looked completely clueless in their 53-3 loss at Louisiana-Lafayette on Saturday. Troy has lost three of their last five while giving up at least 36 points in each defeat and at least 50 point in two of those losses. Despite their lackluster season, senior quarterback Kaleb Barker has thrown for 3,347 yards and 30 touchdown passes (sixth).

Troy might be playing at home and the Trojans might be getting almost two touchdowns, but I believe the smart money in this Week 14 pairing is on Appalachian State to get the emphatic road win and ATS cover. While both teams can score the ball and average over 35 points per game, the only team with a legitimate defense is  Appalachian State. While the Trojans have gone an impressive 7-2 ATS in their last 9 games following a straight up loss, the Mountaineers have gone 6-1 ATS in their last 7 road games. More importantly, after seeing the pitiful effort Troy put up against Louisiana-Lafayette, there’s no way I’m putting any trust in the Trojans against a clearly superior Appalachian State squad.

Posted: Wednesday, November 27, 2019 7:44, EST
With a chance to make history and a big-time bowl game bid riding on the line if they can finish with one loss, 22nd-ranked Appalachian State has a lot to play for when they hit the road to take on Troy in their Week 14  Sun Belt Conference matchup. While Troy is facing an uphill battle to get the outright Read More
0 comments

Posted: Tuesday, December 18, 2018 10:57, EST
The Buffalo Bulls and Troy Trojans head to Mobile, Alabama to battle it out in the 2018 Dollar General Bowl on Saturday, Dec. 22. Both Buffalo and Troy had great regular seasons. The Bulls barely lost the MAC Championship while Troy went 9-3. Who takes it in one of the more competitive bowl games this year? Buffalo vs Troy 2018 Read More
0 comments

Posted: Tuesday, November 29, 2016 9:10, EST
The Troy football team was just 4-8 last year but can finish the 2016 regular season at 10-2 overall and grab a share of the Sun Belt Conference title with a win over Georgia Southern on Saturday. It’s the final game of the season for the Eagles, who are just 4-7 overall. Be sure to check out for more college Read More
0 comments

Posted: Wednesday, September 7, 2016 8:01, EDT
A few Top-10 teams lost in Week 1 of the college football season, but No. 2 Clemson was able to avoid the upset bug at Auburn, although that game was closer than expected. The Tigers shouldn’t have much trouble this week as huge favorites on NCAA Football lines against overmatched Troy. How To Bet Troy at Clemson NCAA Football Odds & TV Read More
0 comments