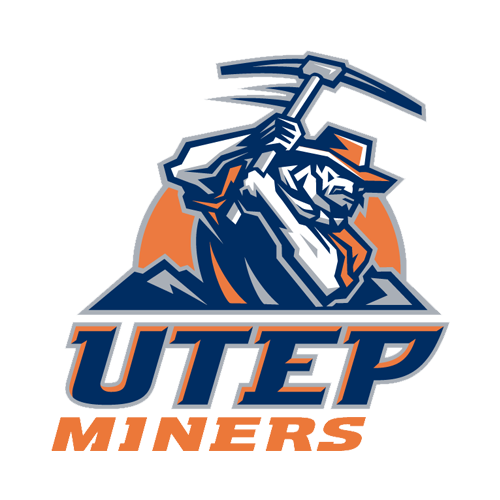 Posted: Thursday, August 31, 2017 9:45, EDT | 0 comments
It will be strange on Saturday’s College Football Week 1 matchup, as Oklahoma take the field without long-time coach Bob Stoops. Of course he retired over the summer, and it’s former OU offensive coordinator Lincoln Riley who will lead the No. 7 Sooners onto the field vs. UTEP. The Miners are big underdogs against the Sooners on Saturday.

Why Bet On UTEP?

Things have not gone well for UTEP head coach Sean Kugler, who has led his alma mater to an 18-31 record in his first four seasons. “I’m realistic, I’m not a fool,” Kugler said of this game. “I know we’re 45-point underdogs (they were). But I’m confident we’re going to compete.” The Miners must replace all-time leading rusher Aaron Jones. Replacing Jones, who rushed for a school-record 1,773 yards (on an impressive 7.7-yard average) in 2016, will probably fall to true freshman JoshFields after projected starter Quadraiz Wadley went down with a season-ending shoulder injury in the spring. Fields, a local product, was the top prospect in the Miners’ 2017 recruiting class.

How Well is the Offensive Line for the Miners?

UTEP has an experienced offensive line, but what they will put behind it at running back is an issue. Walter Dawn will get the start but Kevin Dove and Joshua Fields also figure to get carries. Left guard Will Hernandez is on many preseason All-America lists and for good reason. The 6-foot-3, 330-pound Las Vegas native has started 37 consecutive games at the spot since his redshirt freshman season. Returning QB Ryan Metz played in 11 games, starting seven during the 2016 season. Metz completed 64.7 percent of his passes, the second-best completion percentage during a single season in program history. He tossed 14 touchdowns, the most by a Miner since 2010. Metz also led the squad with 1,375 yards on 130-of- 201 passing with only four interceptions. Star safety Devin Cockrell is the leader of a secondary that returns three starters, and the other one, safety Michael Lewis, started two years ago before missing 2016 to an academic-related redshirt.

Why Bet On Oklahoma?

Riley says he’s not trying to be “Bob Stoops 2.0,” but he will “definitely” seek counsel from Stoops as the season wears on. He also spent the past two seasons as OU’s offensive coordinator, emphasizing that much of what goes on in Norman will remain consistent with the Stoops era, “because I think he’s really good, and I think it’s kind of proven the test of time.” Riley, the youngest current FBS head coach, was named head coach on June 7 after Stoops announced that he was stepping down following 18 seasons at the helm. Riley admits there’ll be some nerves as he makes his head coaching debut. “I’ll have them,” Riley said. “I’ll definitely have them. More butterflies in the first game and maybe in a bowl game because it feels like a first game again after that much of a break. I’ve always had the most butterflies in the first one, no doubt, and I’m sure I’ll have them again this year.”

Who Will Riley Put as Quarterback This Season?

Riley brings back one of the nation’s top QBs in Baker Mayfield, a two-time Heisman finalist. A starting running back has not been named. Either Abdul Adams, Rodney Anderson or Marcelias Sutton will start. Oklahoma’s offensive line will go with Orlando Brown, Dru Samia, Erick Wren, Ben Powers and Bobby Evans. Kyler Murray won the backup job to Mayfield. Oklahoma is 93-23- 6 all-time in season openers and is 75-15-4 in home openers at Gaylord Family – Oklahoma Memorial Stadium, which opened in 1923. OU has won 11 straight home openers (last such loss was a 17-10 setback vs. TCU in 2005). Riley is the 22nd head coach in OU history. The program’s first 21 coaches went 16-5 in their debut games. The Sooners are 24-1 all-time as the No. 7 team in the AP poll and have won their last eight games when holding that ranking.

Oklahoma will get up by about 45 and then bring in the backups. UTEP covers in a 55-14 loss.

Posted: Thursday, August 31, 2017 9:45, EDT
It will be strange on Saturday’s College Football Week 1 matchup, as Oklahoma take the field without long-time coach Bob Stoops. Of course he retired over the summer, and it’s former OU offensive coordinator Lincoln Riley who will lead the No. 7 Sooners onto the field vs. UTEP. The Miners are big underdogs against the Sooners on Saturday. College Football Read More
0 comments

Posted: Friday, September 4, 2015 12:57, EDT
I like the Arkansas Razorbacks and the job that head coach Bret Bielema has done in his time at the school. Having said that, I’m perplexed as well as NCAA Football betting fans should be that the Razorbacks are insane, nearly five-touchdown favorites to beat a UTEP tam that won an identical amount of games as Arkansas did a year ago. Having Read More
0 comments

NCAAF Betting: Utah State Gets the Edge Against UTEP in 2014 New Mexico Bowl

Posted: Wednesday, December 17, 2014 4:29, EST
One of the best reasons to watch the first few games that come around during bowl season is so that you can get a look at teams that you probably didn’t see play all year long. Let’s face it, Conference USA and other smaller conferences simply don’t get any sort of play on TV, and eve when they do, it’s Read More
0 comments