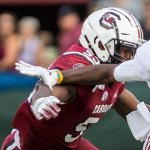 Will the perennially-powerful Clemson Tigers or Alabama Crimson Tide get back on top in the world of college football after having their four-year run on dominance snapped by LSU this past season? Could the Ohio State Buckeyes claim their first title under head coach Ryan Day after winning it all for former head coach Urban Meyer back in 2014? Let's check the early College Football Championship Odds for your futures betting. 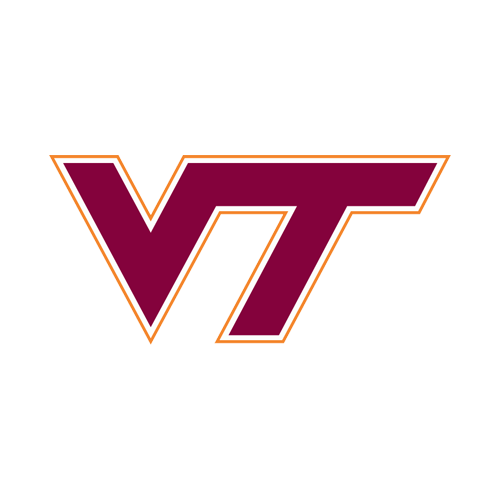 The National Championship Game has been set, with the LSU Tigers and the Clemson Tigers set to go head to head in the title game, which is now still a week away. There is still some football to be played, though, as we get set to welcome in the New Year, with the biggest bowl games of the season set to come before the final game. In these games, we start to see players make decisions about whether to play or sit out and avoid injury ahead of the NFL draft.

You need to pay attention to these potential omissions before you wager, as they could have an impact on some of the upcoming bowl games. We will try to cover as many of these games as possible, so let’s get the ball rolling with the Belk Bowl, which will open the day on New Year’s Eve. The 8-4 Virginia Tech Hokies and the 7-5 Kentucky Wildcats will square off in Charlotte in a game that the bookies see as a close one. The Hokies are in as a 2 ½ point favorite, with the point total set at 46 ½.

Why bet on the Virginia Tech Hokies?

The Virginia Tech Hokies closed out their regular season with a disappointing loss to the Virginia Cavaliers, but that aside, they had a strong finish to the year, winning 6 of their final 8 games of the season. Where this team proved to be a fantastic bet coming down the stretch, though, was against the spread, with the Hokies going 5-1 ATS in their last 6 games.

Why bet on the Kentucky Wildcats?

The Kentucky Wildcats once again stumbled through conference play in the SEC, which is no real surprise when you consider the quality of teams that they need to face when playing in the conference. They closed out the year with a 7-5 record, but they did have a solid finish to the season, winning 3 in a row and 4 of their last 5 to close things out.

Like the Hokies, the Wildcats played a solid brand of defensive football coming down the stretch, which helped them cover the spread in 5 of their last 6 games of the season. It also helped them hit the UNDER in 6 of their last 9 games, but that trend changes when they go against teams from the ACC, with 5 of the last 7 games against the conference going OVER.

We could well be in for a bit of a defensive struggle in this one, as both defenses have the ability to slow down the opposition. I think the edge here needs to go to Kentucky and their ground game, so let’s take the slight upset.

Posted: Monday, December 30, 2019 2:27, EST
The National Championship Game has been set, with the LSU Tigers and the Clemson Tigers set to go head to head in the title game, which is now still a week away. There is still some football to be played, though, as we get set to welcome in the New Year, with the biggest bowl games of the season set Read More
0 comments

Posted: Wednesday, November 6, 2019 2:46, EST
While we are all focused on the top 4 and the potential playoff matchups now that the playoff committee has released their first rankings, it’s easy to forget that there are still a lot of things to consider outside of that top pack. There are conference championships to be won and bowl game berths up for grabs, all of which Read More
0 comments

Posted: Thursday, October 31, 2019 9:14, EDT
No. 16 Notre Dame saw its hopes of getting back to the College Football Playoff dashed in a big loss to Michigan last week, but the Irish could still reach a New Year’s Six bowl by finishing strong. They are solid NCAAF betting favorites against visiting Virginia Tech on Saturday. How to Bet Virginia Tech vs Notre Dame College Football Read More
0 comments

Posted: Thursday, December 27, 2018 11:02, EST
The Cincinnati Bearcats and Virginia Tech Hokies battle it out in one of the top games during the bowl season. Often, the Military Bowl invites a team like Army or Air Force. This season, they’ve invited two competitive squads from great conferences. Who takes it on Dec. 31 in one of the most solid matchups on New Year’s Eve? Cincinnati Read More
0 comments

Posted: Friday, October 12, 2018 12:45, EDT
After suffering an embarrassing loss in their nationally-televised Week 6 matchup, the Virginia Tech Hokies will look to take a step toward getting back in the national rankings when they hit the road to take on a North Carolina Tar Heels team that is completely desperate after some serious early-season struggles. With both of these ACC bowl game hopefuls looking Read More
0 comments

Posted: Wednesday, October 3, 2018 2:00, EDT
I don’t want to say for sure that No. 6 Notre Dame will reach the College Football Playoff if the Irish win at No. 24 Virginia Tech on Saturday night … but they probably will because they should be favored in every game the rest of the way. Notre Dame is also an NCAAF lines favorite in Blacksburg.   Notre Dame Read More
0 comments

Posted: Friday, September 28, 2018 5:50, EDT
Every season in college football, a dark horse team or two emerges to create some havoc in the top 25. The question now is how long we, as bettors and football fans, should wait until we declare a team to be a legitimate dark horse threat. I think that we are at that point now, as 4 games are certainly Read More
0 comments

Posted: Thursday, September 20, 2018 11:01, EDT
It’s a potential trap game for No. 13 and NCAAF lines favorite Virginia Tech on Saturday as the Hokies visit Old Dominion in one of the Monarchs’ biggest home games since moving to the FBS. Tech also has a big one next week back in the ACC vs. Duke. Virginia Tech vs Old Dominion NCAA Football Week 4 Spread & Prediction Read More
0 comments

Posted: Friday, September 7, 2018 10:25, EDT
While the 12th-ranked Virginia Tech Hokies and William & Mary Tribe both won their regular season openers last weekend,  the Hokies look like absolutely easy picking to get past their Week 2 opponents when they square off at Lane Stadium on Saturday. While the NCAA Football odds for this affair have not been released as of yet, let’s find out Read More
0 comments