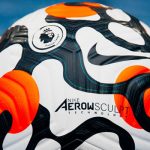 Manchester City walked away with this past season’s English Premier League trophy. But Man City knows winning this season’s championship won’t be nearly as easy. Manchester United, Liverpool, and Chelsea have the Sky Blues in their sites for the 2021-2022 Premier title. Check out Premier League odds and analysis for the upcoming EPL Season. The European Soccer League Transfer Window heated up last week with swirling rumors, and almost done deal for Messi. Check out the latest happening with the top teams in European Soccer so you can be ready for when the new seasons begin and bet against their Soccer odds.

Barca resigns Messi, must now find the money to pay him

Barcelona supposedly has a deal on the table to keep the greatest player of all time, Lionel Messi, at Camp Nou for the next five years. Messi could end up landing somewhere else unless Barcelona pulls magic from the proverbial hat.

Although different sites post different numbers, supposedly, Barcelona is in debt 1 billion and 175 million euros. Barca not only has deals on the table to resign Lionel until he’s 39, but they also attracted Sergio Aguero away from Man City, Danish star Memphis Depay, and Eric Garcia.

Winning means everything at Barcelona, which is why, at one point, player salaries accounted for 70% of the bankroll.

But spending to win, and taking out loans, like the 500 million plus one Barca got from Goldman Sachs, doesn’t last forever. If Barcelona can pull the financial rabbit from the never ending black hole in their monetary hat, awesome.

If not, Messi could still end up playing in a Sky Blue kit this season.

Man United has wanted Jadon Sancho in a Red Devil uniform for years. This summer, the dream of Sancho on the same squad as Marcus Rashford and Harry McGuire should become a reality.

In a lot of ways, Dortmund may want to allow Haaland to transfer this summer. The price for Haaland is a crazy 150 million euros. If Dortmund can get that, they should.

Grab the money while you can has often been Dortmund’s philosophy. Why should it be any different during this transfer window?

The closer we get to August, the more transfer news should land. Clubs are already preparing for next year’s European League Season, which means soccer teams with players like Ronaldo, Kylian Mbappe, Robert Lewandowski, and Harry Kane must either decide to keep their high-priced talent or allow them to transfer.

August 22, the opening day for many leagues including the EPL and Serie A, is about a month away. So expect bigger news the closer we get to mid-August.