Bilibili Gaming vs Royal Never Give Up

Royal Never Give Up

TOP Esports vs Team WE 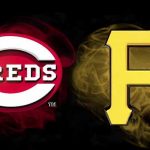 The Cincinnati Reds have had little trouble beating the NL Central rival Pittsburgh Pirates in the first six meetings this season as the teams open a series in Cincinnati on Thursday. The Reds are favored on the MLB odds.How to Bet Pirates at Reds MLB Odds & TV Info When: Thursday, 7:10 PM ET Where: Great American Ball Park Probable pitchers (away/home): Will Crowe/Sonny Gray TV: MLB Extra Innings Stream/gameday audio: https://www.

Mybookie brings you free League of Legends eSports betting previews and predictions for LoL Champions Korea (LCK) 2021 Summer, slated for Saturday, August 7. Here are our betting picks for Nongshim RedForce vs. Afreeca Freecs and Liiv SANDBOX vs. Fredit BRION, with all the information you’ll need to place bets on League of Legends Betting Odds.

Nongshim RedForce came out of nowhere and quickly proven themselves as one of the best Korean League of Legends teams. Many expected this team to do well with their roster that comprises of young talent and experienced veteran figures. Still, at this point, it’s fair to say that RedForce exceeded all expectations.

Are RedForce currently the best team in the league is up to debate. They hold the best record in the league (11-4) and have done well against other LCK top dogs before.

However, RedForce still need to prove themselves in the final weeks of the regular season and keep a hold of their spot inside the top two.

RedForce’s next opponents, Afreeca Freecs, are one of the most well-known Korean eSports organizations. AF have been around for a very long time across several eSports titles and have consistently done well internationally and domestically.

However, AF’s LoL division seems like it’s always around but never on top. Their only title since entering the LoL professional scene in 2016 came in January 2020, when they won the 2019 KeSpa Cup.

This season, AF crashed out of KeSpa Cup in ninth-10th and managed a poor ninth-place finish in the spring season. Things started to look up during the summer season, where AF are now ranked sixth with an 8-7 record.

Although a solid record that keeps them in the race for a spot in the playoffs, Afreeca Freecs are clearly a class below the LCK top dogs. The big reason behind that is AF’s lack of consistency.

Last week, they took down the reigning world champions, DWG KIA (2-1), but then lost to the worst team in the league, DRX, who beat them 2-1. On a more positive note, AF played well against the three-time world champions T1 (1-2) and won against Gen.G (2-1) just a week prior.

There’s a chance that AF win one map against RedForce, but given their lack of consistency, there’s an equal chance for RedForce to win 2-0. Take the plus money and side with the favorites on the map handicap market.

Liiv SANDBOX have been a team no one believed in, and that’s fair. They haven’t achieved much last term, and they haven’t really made any significant roster changes ahead of the summer split.

However, Liiv SANDBOX soon proved how good they can be, as they quietly put together a phenomenal season. They’re 9-5 after eight weeks of play and one of the serious candidates to end the season inside the top-four.

Across the last two weeks, Liiv SANDBOX won against T1 (2-1), Gen.G (2-1), and RedForce (2-1), effectively beating three of the top-five teams in the league. As evident from their results, Liiv SANDBOX aren’t a team that will dominate their games; however, they get the job done, which is what matters the most.

Fredit BRION enter this match as heavy betting underdogs, which is fair. This is a solid squad that has had some success in recent weeks – close series with RedForce, Hanwha Life Esports, and T1 – but we wouldn’t call BRION a good team.

The question here is not so much whether Liiv SANDBOX can win, but rather whether they can do it in two maps. There’s a solid chance that might happen, but we have seen SANDBOX drop games against weaker opponents before, and there’s nothing that would suggest this match will be any different.