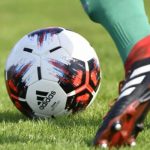 With the Euros and Copa America behind us, it’s time to start turning our attention to the next major international soccer tournament, which is the 2022 World Cup. While qualifying for the tournament is just getting started, it’s never too early to start looking at some of the favorites for the 2022 World Cup in Qatar and their World Cup odds. With the Euros and Copa America behind us, it’s time to start turning our attention to the next major international soccer tournament, which is the 2022 World Cup. While qualifying for the tournament is just getting started, it’s never too early to start looking at some of the favorites for the 2022 World Cup in Qatar and their World Cup odds.

France’s early exit at the Euros aside, the French still have arguably the most talented and deepest player pool in the world. Under any circumstances, they will enter the 2022 World Cup among the favorites. The only caveat is the striker position, as both Karim Benzema and Oliver Giroud are getting old. However, key French players like Paul Pogba, N’Golo Kante, and Kylian Mbappe will very much be in their prime heading into the next Cup.

While the Brazilians didn’t get the job done at Copa America, they remain one of the most talented squads in the world. Granted, the old guard is getting a little too old at some positions. But there are always young and talented Brazilians who are ready to challenge for a spot in the squad. Also, Brazil typically does well when the World Cup is held outside of Europe, so the Brazilians figure to be a threat to win it all in Qatar.

The Three Lions have reached the semifinals and the finals at the last two major tournaments, so they’re not going anywhere. The squad that nearly won the Euros for England will largely remain intact by the time the 2022 World Cup rolls around. Clearly, it’s a group of players that can get results in big tournaments. But can they deal with the pressure and finish the job at a major tournament? Only time will tell.

Belgium’s loss in the Euros seemed like the last chance for the country’s golden generation to win a major tournament. But because the World Cup is less than 18 months away, the Red Devils may get one more chance. They still have Romelu Lukaku and will hopefully have a healthy Kevin De Bruyne going to Qatar. But the Belgium backline is quite old for an international team, so the Red Devils might need to find some new solutions defensively.

After winning the Euros, the Italians will surely be looked at as legitimate contenders at the next World Cup. This is no longer the defensive-minded Azzurri of the past. Italy is more than happy to get on the ball and attack. Of course, the Italians can still take the pragmatic approach and grind out results, which is often what’s necessary to win a World Cup.

The Spanish team we saw at the Euros looked impressive but perhaps a couple of years away from being a serious contender to win a major tournament. The next year or so will be interesting to see if some of the young Spaniards can start to grow up, gain more experience, and be ready to shock the world in Qatar.

Forget about the last World Cup that they missed. The Americans are at least a dark horse for the 2022 World Cup. The U.S. has a deep player pool with all of the first-choice options playing for major clubs in Europe. While we haven’t seen a lot from this group at the international stage, on paper, the Americans have the talent to make some noise at the 2022 World Cup.