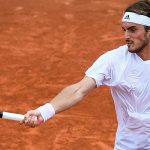 The French Open also called Roland-Garros, is a major tennis tournament held late May and early June at the Stade Roland-Garros in Paris, France. It is the premier clay court tennis championship event in the world and the second of four annual Grand Slam tournaments.

The other three being the Australian Open, Wimbledon and the US Open. We offer the latest Tennis Game Odds, Tennis Live Odds, team totals, spreads and run lines. The latest Tennis Player stats, ATP & WTA Futures & Specials, News & other info on the Pro Tennis.

The French Open is currently the only Grand Slam event held on clay, the event is widely considered to be the most physically demanding tennis tournament in the world.

We’re back with another 2021 French Open daily update, where we cover the most exciting and memorable events that have happened on the French clay.

Today’s focus is on the men’s semi-final match between two rising stars in the tennis world, who needed nearly four hours to settle the score. Here is our French Open daily update, with everything you need to know to bet on the tournament with the French Open odds.

Greece’s Stefanos Tsitsipas edged out Alexander Zverev with 6-3, 6-3, 4-6, 4-6, 6-3 on Friday, June 11, in the semi-finals 2021 French Open. Tsitsipas defined all the odds with his showing to become the first Greek player to reach a Grand Slam final.

A clash no tennis fan should have missed featured two up-and-coming tennis stars in Tsitsipas and Zverev. The two are widely regarded as two successors of the “Big Three” when Novak Djokovic, Rafael Nadal, and Roger Federer eventually retire, and they showcased they have the talent to fill in their shoes.

For a match with such high-profile names, the Friday’s spectacle on the French claymore than lived up to the expectations. The 2021 French Open semi-final between the no.6 and no.5 in the world lasted for three hours and 40-minutes and proved to be exactly what you would have expected.

While both Zverev and Tsitsipas both already won the season-culminating ATP Finals as well as Masters titles, neither has ever landed a Grand Slam title before. The motivation to win from both players was as high as it can get, and it showed.

Tsitsipas took an early lead of the series with two commanding 6-3 victories to set himself up for what seemed like a 3-0 sweep of the favored German. Things, however, did not go as planned for world no.5.

Zverev was not ready to give up his chance to win his career-first Grand Slam just yet and mounted an attack. He successfully tied the series at 2-2 with 6-4, 6-4, and forced set five.

Even his remarkable comeback, however, wasn’t enough to stop the in-form Tsitsipas, who emulated his success from the first two sets and stole the victory from underneath Zverev with yet another 6-3.

With this victory, Tsitsipas made it to his career-first Grand Slam tournament finals. He has previously come close to achieving that feat on three occasions, including two semi-finals exits at the 2019 and 2021 Australian Open, and the 2020 French Open, when he got beaten by Djokovic with 3-6, 2-6, 7-5, 6-4, 1-6.

Tsitsipas’s remarkable run at the French Open, however, isn’t that surprising. The Greek has been the leading player on the ATP tour this year. He has not only won in Monte Carlo and Lyon, but Tsitsipas also claimed more clay-court matches than any other player.

“The opening game was nerve-wracking and so intense – it was the most important game in the fifth set,” said Tsitsipas.

“I came back, stayed alive, and had the crowd with me. They gave me energy. I still felt there was hope and opportunities to fight back. That’s what I did.”

Zverev’s defeat against Tsitsipas marks his career-second Grand Slam semi-finals exit. He has previously reached the last four at the 2020 Australian Open.