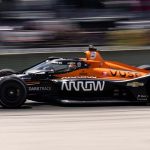 Throughout the course of a season, you expect every driver to have a series of ups and downs. The fact of the matter is that we rarely see a driver go to the top of the standings in IndyCar and stay there all the way to the end. It is the drive who can stay the most consistent and avoid having too many off days who will eventually be crowned as the champion at the end of the season. Throughout the course of a season, you expect every driver to have a series of ups and downs. The fact of the matter is that we rarely see a driver go to the top of the standings in IndyCar and stay there all the way to the end. It is the drive who can stay the most consistent and avoid having too many off days who will eventually be crowned as the champion at the end of the season. It was Scott Dixon who led the way at the top of the standings for a few weeks, but he is on a slide at the moment, which has allowed a new leader to take charge. Whether Pato O’Ward can stay there for an extended period of time, as it all might change again this week when the driers head to Road America in Wisconsin for the REV Group Grand Prix. Let’s take a look at the current top 4 drivers so you can get ready to place your bets against their IndyCar odds.

8 of the 16 races in the 2021 IndyCar season are in the books and it is Pato O’Ward who is sitting atop the driver standings. He will be the first to tell you, though, that there are no prizes for being in first at this stage of the season and that there is a lot more work to be done before you can call yourself a champion. As far as consistency goes, you can’t really say that O’Ward is rounding into form because outside of a couple of races, he has been in the mix all the way. In fact, he has been in the top 5 in 6 of the 8 races this season, which includes a couple of wins. He is coming off a win in the last race and is heading to a track where he finished 2nd in his last run.

You could certainly make the argument that we are looking at a changing of the guard in IndyCar this season. O’Ward has the lead in just his second full season, and the man sitting right on his heels, Alex Palou, is also just in his second full year in Indy. His rise to prominence in 2021 comes as a bit of a surprise when you consider that he only cracked the top 10 twice last season, whilst also failing to win. He got the winning out of the way early this season, taking the checkered flag in the opening race of the year. One of his top 10 finishes last season came at Road America.

By the time we hit the midway point of the season in 2020, Dixon had already racked up 3 wins, all of which came in the opening 3 races of the year. That gave him a lead that was always going to be tough to catch, and while he did have some ups and downs along the way, he did manage to win the championship. He is going to need to come from behind this season, but he has not been at his best of late. Last season at Road America, Dixon finished 7th.

It is perhaps a little surprising to be at the halfway point of the season and still seeing Josef Newgarden sitting without a single win. He has been close, though, finishing 2nd in 3 of the 8 races so far this season. That has helped keep him in touch with the leading pack. If he wants to move up a little closer, he is probably going to need to do better than his 9th place finish at Road America last season.