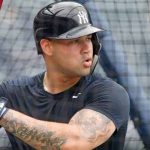 The Hot Stove League around Major League Baseball has yet to really get going in part because owners are crying poor after no fans were allowed in stadiums last year and it’s still not clear whether they will be in 2021 or if the season will even start on time. Yankees May Trade Gary Sanchez | 2020 MLB Expert Analysis However, the are plenty of rumors floating around and one is that the Yankees are looking into trading former All-Star Gary Sanchez, who not that long ago looked like he might be an all-time great but has severely regressed the past few years. 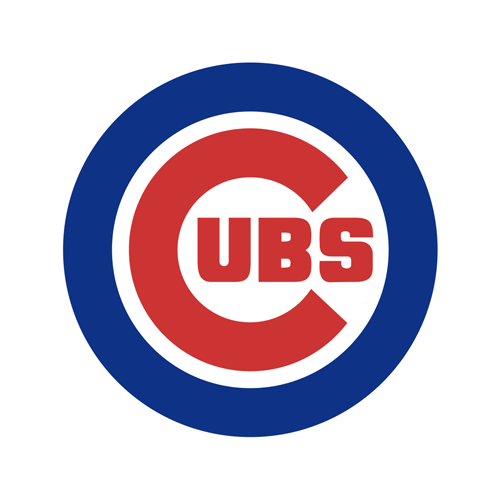 Depending on your perspective, the Chicago Cubs had a successful or disappointing season under first-year manager David Ross. They won the NL Central but went out meekly in the Wild-Card Round to a Marlins team that wasn’t nearly as good as Chicago.

The Cubs finished the abbreviated 60-Game regular season with a 34-26 record (.567), good for first-place in the N.L. Central Division, 3.0-games ahead of both Cincinnati and St. Louis. It marked Chicago’s first N.L. Central Division title since 2017. The Cubs were in first place all but one day of the regular season (following games of July 25 with a 1-1 record) and had sole possession of first place every day following play on July 26 through season’s end.

Chicago reached the postseason for the fifth time in the past six seasons. Prior to this six-season run that started in 2015, the club had made the postseason just six times in 69 seasons from 1946-2014. Ross became just the seventh person to lead the team to a division crown in his first season as manager of the Cubs. He joined Albert Spalding (1876), Charlie Grimm (took over in middle of 1932), Gabby Hartnett (took over in middle of 1938), Jim Frey (1984), Dusty Baker (2003) and Lou Piniella (2007).

It could be an offseason of major change. Former ace Jon Lester likely will be bought out and hit free agency, although the Cubs could bring him back at a lower salary. Some of the reasoning to bring him back is simply the fact that the team will have money invested in the veteran lefty whether or not he’s back in ’21. The Cubs will have to pay him a $10 million buyout rather than pick up his $25 million option.

Chicago heads into this offseason with Yu Darvish and Kyle Hendricks locked in atop the starting staff. Alec Mills has earned a spot as well, and Adbert Alzolay is poised to grab another job next year. Behind that group is a bunch of uncertainty, especially with Tyler Chatwood and José Quintana set for free agency.

The Cubs also could trade former NL MVP Kris Bryant a year before he hits free agency, although Bryant’s value is really low right now. He hit just 206/.293/.351 with four homers and only 11 RBI in 34 games. Bryant then went 0-for-8 with two strikeouts in the series versus the Marlins. He wasn’t alone, as Anthony Rizzo also didn’t reach base in the series and Kyle Schwarber didn’t get a hit.

Having not quite lived up to lofty expectations in recent years, team boss Theo Epstein has acknowledged some change this offseason “is warranted and necessary.” On the whole, Cubs’ hitters slashed just .220/.318/.387, resulting in a 91 wRC+ that ranked 21st out of the league’s 30 teams. Among everyday players, only Ian Happ and Jason Heyward performed up to or exceeded expectations.

Epstein himself is in the last year of his contract in 2021.  When asked about the prospect of an extension, he noted that changes after a long time spent in one place could be beneficial for both employees and the organization.  It is quite possible that general manager Jed Hoyer moves into the front office’s top job for ’22, and works with Epstein this season on preparing for that kind of transition.

“We have to be honest about our performance,” Epstein said in summing up 2020. “Is it possible to thread the needle and improve in 2021, while also setting ourselves up for the long-term future? I think it is.”

Chicago opens the 2021 regular season on April 1 at home vs. Pittsburgh.

Posted: Friday, October 2, 2020 9:25, EDT
To stay away from the NFL and for travel reasons, there are no MLB playoff games scheduled for Sunday this weekend. At most, there will be just one MLB game on Saturday and that was only due to a postponement on Friday. Here’s a look at where we are entering the weekend. How to Bet MLB  postseason While the better-seeded Read More
0 comments

Posted: Friday, October 2, 2020 8:57, EDT
The Miami Marlins upset the Chicago Cubs in the 2003 NLCS by winning the final two games at Wrigley Field. Could the Marlins pull another upset of the Cubbies by winning Game 2 of their best-of-3 Wild-Card series on Friday to end things? The teams were supposed to play Game 2 on Thursday, but it was postponed by rain. How Read More
0 comments

Posted: Wednesday, September 30, 2020 9:30, EDT
The last time the Marlins and Cubs faced off in the playoffs, it was the memorable 2003 NLCS won by Miami – the name Steve Bartman became infamous in that series when the Cubs fan interfered with a foul ball. The Marlins are back at Wrigley Field on Wednesday to open their best-of-3 Wild-Card series vs. the Cubbies. How to Read More
0 comments

Posted: Thursday, September 24, 2020 12:26, EDT
Anyone for a Windy City World Series? Both the Cubs and White Sox are in the MLB playoffs and both could win their respective divisions. They open up the Crosstown Classic on Friday from the South Side and the game is nationally televised. How to Bet Cubs at White Sox MLB Odds & TV Info When: Friday, 8 PM ET Read More
0 comments

Posted: Wednesday, September 23, 2020 9:32, EDT
It’s two teams with very different motivations facing off from the NL Central on Thursday as the Cubs may have the division title wrapped up by game-time but still are trying for the NL’s second seed. The Pirates, meanwhile, are the worst team in baseball and looking ahead to the offseason. How to Bet Cubs at Pirates MLB Odds & Read More
0 comments

Posted: Thursday, September 17, 2020 10:04, EDT
Arguably the marquee series of the MLB weekend is a potential World Series preview between the Minnesota Twins and Chicago Cubs from Wrigley Field. The Twins are battling for the AL Central title and the Cubs are heavy favorites on the MLB odds to win the NL Central. How to Bet Twins at Cubs MLB Odds & TV Info  When: Read More
0 comments

Posted: Tuesday, September 15, 2020 8:51, EDT
The Cleveland Indians and Chicago Cubs met in a memorable 2016 World Series and it’s possible they could meet in another one this fall. They close a quick two-game interleague set from Wrigley Field on Wednesday night. Both are going to be in the playoffs and both could win their respective Central Divisions. How to Bet Indians at Cubs MLB Read More
0 comments

Posted: Thursday, September 10, 2020 11:34, EDT
The Milwaukee Bucks are well behind the division-leading Chicago Cubs in the NL Central, but the Brewers lead the season series 4-3 with the clubs opening their final series against one another starting Friday night in Beer Town. How to Bet Cubs at Brewers MLB Odds & TV Info When: Friday, 8:10 PM ET Where: Miller Park Probable pitchers (away/home): Read More
0 comments