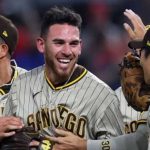 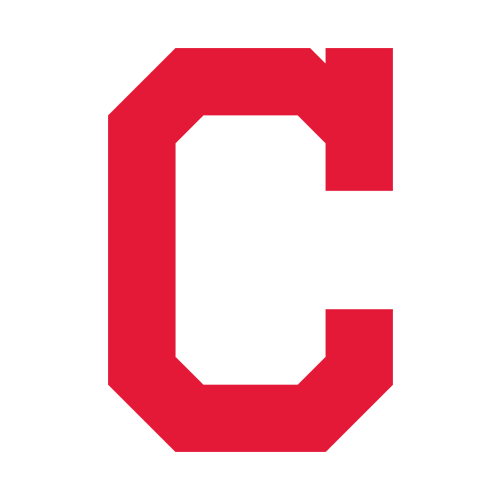 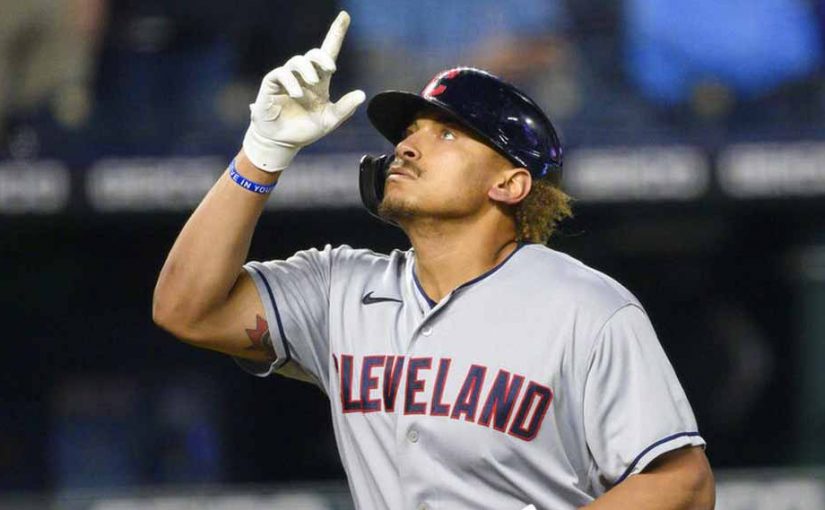 Cleveland’s Shane Bieber won the 2020 AL Cy Young Award, and he has been about as dominant this season with 68 strikeouts already. He takes the mound on Wednesday in a good pitching matchup in Kansas City against young Royals right-hander Brady Singer. The Tribe are favored on the MLB odds.

How to Bet Indians at Royals MLB Odds & TV Info

How good has Indians closer Emmanuel Clase been? He worked a scoreless ninth for his sixth save Monday against the Royals. Clase still hasn’t given up an earned run this year, though he did allow unearned runs on three separate occasions. He and teammate James Karinchak both had cases for AL April Reliever of the Month honors, but Boston’s Matt Barnes was the pick.

Karinchak surrendered a two-run homer to Hunter Dozier in the seventh inning Monday, snapping his scoreless streak to begin the season at 11.2 innings over 13 appearances, in which he held opponents to an .054 average (2-for-37). The homer was the second he’s allowed in 44.2 career innings, following a two-run shot by Milwaukee’s Keston Hiura on Sept. 4, 2020, snapping his homerless streak at 19.2 innings over 22 appearances.

It’s ace Shane Bieber (3-2) on the mound. Bieber stuck out 11 batters while allowing three runs over six innings in a 5-3 win over the White Sox last Friday. He’s now struck out at least eight batters in 18 straight games, a new MLB record. The previous mark of 17 in a row was held by Hall of Famer Randy Johnson in 1999-2000.

Bieber allowed a season-high seven hits on the night, as the White Sox got to him in the second and third innings, but he shut them down from there and managed to leave the game in position for the win. He walked just one batter and now holds a 2.76 ERA and 68/14 K/BB ratio in 42 1/3 innings through six starts. Those 68 strikeouts were the most by any pitcher through the end of April in MLB history.

“I think he finds a way to accept the challenge, regardless of what it is, and try to use it to his advantage,” manager Terry Francona said. “I think that’s what good players do.”

Bieber held the Royals to only two runs in 6.1 innings in the lone meeting this season and features a 4-0 record and a 3.59 ERA in eight career starts against the division foes.

The Royals are 11-2 this season when scoring first, and both losses have come vs. Cleveland, including Monday and April 7 at Progressive Field.

Whit Merrifield broke a 1-1 tie with a two-run homer off Aaron Civale with two outs in the fourth inning Monday, his first homer since April 5 at Cleveland, snapping a drought of 91 homerless at-bats. It was his 13th career homer (out of 62) that came on the first pitch, and seventh since the start of last season — including three this year — trailing only Pete Alonso and Byron Buxton (8 each) for most first-pitch homers in the Majors since the start of last season.

Excellent Royals shortstop Adalberto Mondesi could begin a rehab assignment next week. Mondesi has finally started to make progress in his recovery from a strained right oblique. He’ll go through regular pregame workouts with the Royals this week before hopefully being cleared to play in games next week. It sounds like Mondesi could be ready for his season debut around mid-May.

It’s right-hander Brady Singer on the mound. Singer (1-3, 3.09) was removed from last Friday’s start against the Twins after just two innings due to a left heel contusion. Singer was drilled by a line drive off the bat of Josh Donaldson, that wound up popping up into the air and turning into an inning-ending double play.

Singer’s cleat took the brunt of the hit, but the sensation he felt in his leg was enough for manager Mike Matheny to end the short start. Prior to exiting, Singer had allowed one run on two hits and three walks while striking out one. Despite some soreness afterward, all signs point to Singer staying on track in the rotation.

This will be Singer’s third career start vs. Cleveland, and he’s 1-0 with a 1.38 ERA (2 ER in 13.0 IP) and 15 strikeouts to four walks. His last start vs. Cleveland was spectacular, throwing a no-hitter into the eighth inning but it was broken up by Austin Hedges with two out. He finished with the win after 8.0 innings with that one hit allowed and two walks while matching a career-high eight strikeout and also set career-highs in innings and pitches (119 pitches).

Posted: Wednesday, May 5, 2021 10:50, EDT
Cleveland’s Shane Bieber won the 2020 AL Cy Young Award, and he has been about as dominant this season with 68 strikeouts already. He takes the mound on Wednesday in a good pitching matchup in Kansas City against young Royals right-hander Brady Singer. The Tribe are favored on the MLB odds. How to Bet Indians at Royals MLB Odds & Read More

Posted: Friday, April 2, 2021 6:00, EDT
Shane Bieber was utterly dominant last season for the Cleveland Indians in winning the AL Cy Young Award, and he takes the mound for the Tribe in the season opener Thursday against AL Central rival Detroit. The Indians are huge road favorites on the MLB odds. How to Bet Indians at Tigers MLB Odds & TV Info When: Thursday, 1:10 Read More

Posted: Friday, October 2, 2020 10:09, EDT
The Los Angeles Dodgers remain the +280 betting favorites to win the World Series at Mybookie.ag, and they should be. However, suddenly the New York Yankees do look like legitimate contenders to perhaps beat the Dodgers in the Fall Classic. New York is the +340 second-favorite. How to Bet World Series The Yankees will be well-rested for the start of Read More

Posted: Tuesday, September 29, 2020 10:49, EDT
The New York Yankees are only the fifth seed in the American League playoffs, but they are the betting favorites at Mybookie.ag to win the pennant. New York opens its best-of-3 Wild-Card series in Cleveland on Tuesday night. How to Bet Yankees at Indians MLB Odds & TV Info When: Tuesday, 7 PM ET Where: Progressive Field Probable pitchers (away/home): Read More

Posted: Tuesday, September 22, 2020 11:18, EDT
The Chicago White Sox have clinched a playoff berth, but they want more: The top seed in the American League and the AL Central title. They can take another step toward both with a win at division-rival Cleveland on Wednesday. How to Bet White Sox at Indians MLB Odds & TV Info When: Wednesday, 6:10 PM ET Where: Progressive Field Read More

Posted: Tuesday, September 15, 2020 8:51, EDT
The Cleveland Indians and Chicago Cubs met in a memorable 2016 World Series and it’s possible they could meet in another one this fall. They close a quick two-game interleague set from Wrigley Field on Wednesday night. Both are going to be in the playoffs and both could win their respective Central Divisions. How to Bet Indians at Cubs MLB Read More

Posted: Monday, September 7, 2020 1:03, EDT
Although the coronavirus continues to hang over Major League Baseball like a cloud, the league has continued with its truncated season. There was a major shake-up in MLB World Series Odds last week. Check out a quick up date on the MLB odds before we get to the top five in both the National League and American League. MLB COVID-19 Read More

Posted: Monday, August 31, 2020 12:22, EDT
Sure, it’s a shortened Major League Baseball Season. But if the first two months was any indication, we should expect a crazy finish in September. Forget Covid-19. We’re past that. It’s time for us to go right to baseball because things got wild last week. Check out our Major League Baseball update for August 31 so you can bet on Read More