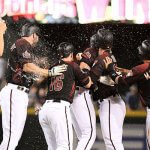 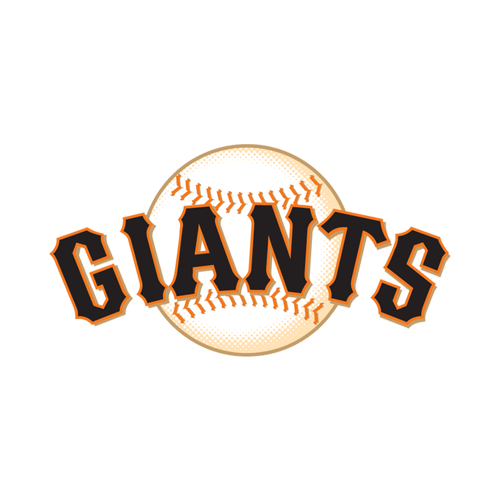 Unfortunately, much of the focus on the MLB at the moment is on the number of coronavirus cases and the postponement of games due to that issue. For now, the league is saying that things will continue and that they will find a way to make up the games already lost, but this is very much a fluid situation that could potentially change from day to day. All that we can do as fans and bettors is focus on the games that re going to be played, of which there are still plenty. We are going to look at the 4-game series between the Giants and the Rockies, which will start in Colorado on Monday night. Let’s see if we can deliver some winning picks over the next 4 days so can wager on their MLB betting odds.

This was not a matchup that went particularly well for Colorado last season, as they were just 7-12 in their 19 games against the Giants. It was very much a down year for the Rockies, but there are some early signs that they are going to bounce back. Colorado leads the NL West with a 6-2 record and come into this series on the heels of back to back wins. The Giants are 5-5 and have gone 2-2 on the road. Johnny Cueto starts game 1 for the Giants. He has gone 0-0 with a 5.87 ERA this season. He will be up against Chi Chi Gonzalez, who is making his first start of the season. He went 2-6 with a 5.29 ERA last season. Slight edge to the Giants in Game 1.

Now that we have a basic idea of how these teams are doing this season and what went down between them last year, the focus for the remaining 3 games need to be on the pitching matchups. Kevin Gausman will be on the mound for the Giants, coming in with an 0-0 record and an ERA of 5.40. The Rockies look like a very good bet for the second game of the series, as they have a definite edge in pitching. German Marquez has looked great to start the year, going 1-1 with a 1.53 ERA. I am all over the Rockies to win Game 2 on Tuesday

Here is where things begin to get a little tricky when it comes time to make picks, as the Giants are still undecided as to who will start Game 3 and 4. We do know that Jon Gray will start for the Rockies on Wednesday, and while he has yet to pick up his first win of the season, you have to say that he is a little unlucky to be in that position. He has pitched 10.1 innings of ball and has an ERA of just 2.61. I like him to get his first win of the season on Wednesday.

It’s an afternoon game on Thursday and another one that the Rockies look to have the edge in. Again, we don’t yet know who will start for the Giants, but it will be Kyle Freeland in the mound for the Rockies, and he has been fantastic to start the year. Freeland is 2-0 with a 1.50 ERA and will look to keep things rolling on Thursday.

Posted: Monday, August 3, 2020 2:19, EDT
Unfortunately, much of the focus on the MLB at the moment is on the number of coronavirus cases and the postponement of games due to that issue. For now, the league is saying that things will continue and that they will find a way to make up the games already lost, but this is very much a fluid situation that Read More
0 comments

Posted: Friday, July 24, 2020 10:03, EDT
The first two teams to play a second game in this coronavirus-shortened season are the San Francisco Giants and Los Angeles Dodgers as they meet Friday night. L.A. will be a sizable MLB betting favorite again but not nearly as big as it was Thursday. How to Bet Giants at Dodgers MLB Odds & TV Info When: Friday, 9:40 PM Read More
0 comments

Posted: Tuesday, July 21, 2020 10:00, EDT
The Los Angeles Dodgers haven’t won a World Series since 1988, but they are the betting favorites to end that drought in this very unusual MLB season. L.A. opens on Thursday night at home against the NL West rival San Francisco Giants. How to Bet Giants at Dodgers MLB Odds & TV Info When: Thursday, 10 PM ET Where: Dodger Read More
0 comments

Posted: Thursday, March 19, 2020 4:20, EDT
After winning three World Series titles in the last decade, the once perennially-powerful San Francisco Giants will be desperate to get back to being a winning ballclub once the 2020 MLB regular season gets underway. Following three straight missed playoff appearances, Frisco is hoping to get back to being a legitimate contender this coming campaign. Whether the Giants can pull Read More
0 comments

Posted: Friday, September 27, 2019 3:18, EDT
The Los Angeles Dodgers will be looking to pick up a road win and add to their momentum prior to the playoffs when they visit a San Francisco Giants team that has nothing left to play for at this point except for pride. With both teams looking to extend their respective winning streaks, let’s find out which team is offering Read More
0 comments

Posted: Thursday, August 22, 2019 9:04, EDT
The San Francisco Giants have essentially fallen out of the Wild-Card race and can only play spoiler at this point of the season. The Giants travel to Wrigley Field to conclude a series on Thursday afternoon – the only matinee on the schedule. The Cubs are favored on the MLB Odds. How to Bet Giants vs Cubs MLB Odds & Read More
0 comments

Posted: Tuesday, August 20, 2019 4:38, EDT
In a perfect world during the MLB regular season, a team would find their way to the top of the division early and continue to maintain that lead all the way to the finish. There are a couple of teams who look as though they are going to do that this season, but there are plenty more who have had Read More
0 comments

How to Bet Giants vs Diamondbacks MLB Betting Odds & Pick

Posted: Thursday, August 15, 2019 1:35, EDT
It doesn’t matter whether you predominantly follow one league over the other in the MLB, the reality is that you cannot help but get caught up in the playoff races on both sides at this stage of the season. Certainly, if you are a National league fan, then you are getting your money’s worth right now, especially in the race Read More
0 comments

Posted: Tuesday, August 13, 2019 1:34, EDT
When interleague play was first introduced into the MLB, it was viewed by many as a bit of a novelty. It was almost as though the games against teams that rarely of ever came to town didn’t have the same importance as those against teams from the same division or league. Rather than being a bit of a welcome reprieve Read More
0 comments