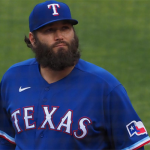 The Texas Rangers are not likely to be a playoff contender in the 2021 Major League Baseball season and with top pitcher Lance Lynn on the final year of his contract, expect the Rangers to trade Lynn before spring training rolls around. Rangers Likely To Trade Lance Lynn | 2020 MLB Expert Analysis The last-place Rangers posted the second-worst record in the Majors, their fourth straight losing year. 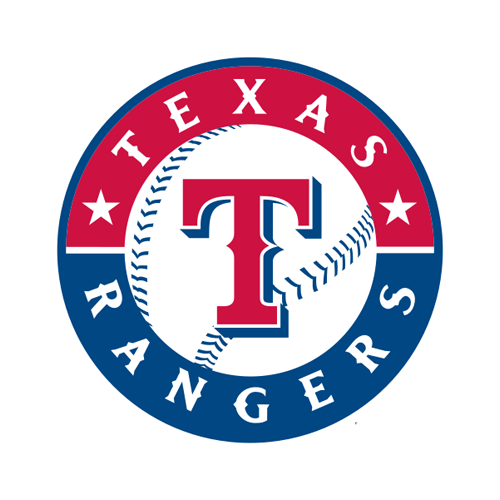 The Texas Rangers are not likely to be a playoff contender in the 2021 Major League Baseball season and with top pitcher Lance Lynn on the final year of his contract, expect the Rangers to trade Lynn before spring training rolls around.

The last-place Rangers posted the second-worst record in the Majors, their fourth straight losing year. They scored the second-fewest runs per game (3.7) and allowed the fifth-most (5.2). Their farm system doesn’t don’t have a prospect rated higher than 50th overall.

Following a breakout 7.5 bWAR season in 2019, Lynn again posted solid production with a 3.32 ERA across 13 starts totaling a league-leading 84 innings in 2020. Lynn lost about a half mph off his four-seamer, and a career-high 28.1 K% in 2019 fell to 25.9 K% in 2020. That amounts to a difference of roughly 20 strikeouts over a full season.  That’s not a worrisome drop in either velocity or K-rate, but it’s still noteworthy for a guy entering his age-34 season.

Lynn’s breakout was sparked by his ability to “tunnel” his pitches, which means throwing two different pitches on the same trajectory long enough that they look nearly identical at the point a hitter needs to make a decision whether to swing or take.

Lynn is scheduled to make a bit more than $9 million in 2021, which is a reasonable price. If the Rangers decide to move him, they’ll look to get pitching prospects in return. If Texas were to keep him, the team can’t even issue him a qualifying offer in hopes of collecting draft-pick compensation following next season. That’s because the Cardinals already did that after 2017, and players can only be given the offer once.

The New York Yankees have often been mentioned as a potential trade partner as they badly need starting pitching. Lynn pitched for the Yankees back in 2018 before moving to Texas via free agency.

All 30 teams are set to open the 2021 season on April 1, and ESPN already has announced which games it will show that day – again, assuming the season does start on time. The coronavirus may now allow that to happen.

The first game ESPN will show is the Toronto Blue Jays visiting the New York Yankees (1 p.m. ET), followed by the Los Angeles Dodgers-Colorado Rockies game (4 p.m.). Of course, the Dodgers are defending world champions and favorites at Mybookie.ag to repeat.

The New York Mets, under new owner Steve Cohen, will travel to take on the Washington Nationals (7 p.m. ET), and the day will be capped by the Houston Astros visiting the Oakland Athletics (10 p.m. ET).

The Chicago Cubs reportedly are considering trading former NL MVP Kris Bryant this offseason rather than pay him north of $20 million next season. Bryant would be set for free agency after the 2021 campaign. Bryant is coming off a dreadful 2020 season which saw him post just a .644 OPS.

The Washington Nationals have interest. After winning the World Series in 2019, they had a bit of a World Series-winning hangover in 2020. They were one of the league’s most disappointing teams as they came in the last place of the NL East Division. One of the reasons that the Nats struggled was that they no longer had their star hitter, third baseman Anthony Rendon. Washington lost Rendon in free agency when he signed with the Los Angeles Angels last winter.

Last year, Washington ranked 26th in terms of positional fWAR at third base, per FanGraphs. Young prospect Carter Kieboom struggled, and Starlin Castro played just 16 games before being sidelined because of injury.

Bryant is one of multiple Cubs players who could be moved this offseason as the franchise shifts from the Theo Epstein era to a baseball operations department run by general manager Jed Hoyer.

Posted: Monday, November 23, 2020 4:14, EST
The Texas Rangers are not likely to be a playoff contender in the 2021 Major League Baseball season and with top pitcher Lance Lynn on the final year of his contract, expect the Rangers to trade Lynn before spring training rolls around. Rangers Likely To Trade Lance Lynn | 2020 MLB Expert Analysis The last-place Rangers posted the second-worst record Read More
0 comments

Posted: Wednesday, September 2, 2020 11:28, EDT
Bragging rights in the Lone Star State are up for grabs on Thursday afternoon when the Texas Rangers and Houston Astros close out their series. It’s their first series of the season with two more to come. Houston will be a sizable betting favorite on the MLB odds. How to Bet Rangers at Astros MLB Odds & TV Info When: Read More
0 comments

Posted: Friday, August 28, 2020 2:11, EDT
Looks to be a major mismatch this weekend when the NL West-leading Los Angeles Dodgers visit the sliding Texas Rangers. They open a three-game series on Friday with the Dodgers to be MLB betting favorites in their first-ever trip to Globe Life Park. How to Bet Dodgers at Rangers MLB Odds & TV Info When: Friday, 8:05 PM ET Where: Read More
0 comments

Posted: Wednesday, August 19, 2020 7:47, EDT
While it is certainly nice to have baseball back, the shortened season does come with a few negatives. One of this is that we won’t get to see as many interleague games as we usually do. Not everyone was initially on board with the idea, but interleague games have proven to be a ton of fun, especially when you get Read More
0 comments

Posted: Thursday, August 6, 2020 11:17, EDT
The AL West Division rival Texas Rangers and Oakland A’s close out their series on Thursday afternoon from Oakland in a matchup of guys named Mike starting on the mound. Yes, it’s the only all-Mike game of Thursday. The A’s are MLB betting favorites. How to Bet Rangers at Athletics MLB Odds & TV Info When: Thursday, 3:40 PM ET Read More
0 comments

Posted: Thursday, July 23, 2020 11:38, EDT
The Texas Rangers open their new Globe Life Park on Friday night – at least in a game that counts — to kick off the 60-game shortened 2020 MLB season as they welcome the Colorado Rockies for an interleague matchup. How to Bet Rockies at Rangers MLB Odds & TV Info When: Friday, 8:05 PM ET Where: Globe Life Field Read More
0 comments

Posted: Wednesday, April 22, 2020 8:16, EDT
Texas Rangers slugger Joey Gallo doesn’t hit for a good average and strikes out way too much, but he can absolutely crush the ball. Here are two props available to wager at Mybookie on Gallo’s 2020 MLB season – assuming there is one – and an overview. Joey Gallo MLB Awards Odds & Analysis For 2020 Season Most home runs Read More
0 comments

Posted: Wednesday, March 18, 2020 12:53, EDT
We are in a time of total uncertainty with a lot of things in our everyday life, with sports very much included in that mix. A good number of us watch sports as an escape from the daily grind, but with all the major leagues suspended, there is very little out there to help us get that sports fix. That Read More
0 comments

Posted: Thursday, August 22, 2019 1:43, EDT
Wagering on the MLB at this stage of the season can prove to be a little tougher than usual. While we are getting a good share of series that feature good teams against bad, the pressure of trying to maintain a playoff spot can often prove to be too much for the teams in the hunt for postseason ball. It’s Read More
0 comments