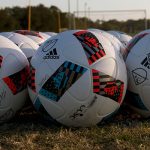 This weekend, Major League Soccer has a full slate of matches. On Friday, New York City hosts Columbus and the Los Angeles Galaxy host the Portland Timbers in a couple of big contests. Saturday’s top matchups include New England Revolution at the New York Red Bulls and Real Salt Lake at the Houston Dynamo. Because this takes place on their pitch, New York City FC is getting the benefit of the doubt. Columbus won the last match by a 2-1 score, though. But the odds imply NYFC should struggle to win. That won’t be the case. New York beat Orlando City 5-0 on July 25. NYFC continues the roll.

On July 24, Portland fell by a goal, 1-2, against Minnesota United. The Galaxy lost 0-4 to Dallas on July 24. There’s a chance LAG turns it around in this, but since Portland beat Los Angeles 3-0 on May 22, the Timbers are the better play.

Cincinnati has won 3 and drawn twice in their last 5. On July 25, DC United beat the New York Red Bulls 1-0. DC U could make it 2 in a row, but the home squad is due. Give Cincinnati a shot.

Since neither team is in very good form, it makes sense to check out the head-to-head. CF Montreal has never lost to Inter Miami. Montreal is 3-0, including winning the latest face-off on July 3. The road team is the play.

On July 24, Real Salt Lake beat Colorado Rapids 3-0. That should give RS Lake an edge in this match because the Dynamo show 4 draws and a loss in their last 5. Houston can win this. The odds force us to give Real Salt Lake a look.

On April 24, Austin FC beat Colorado Rapids 3-1. The Rapids head into this after an 0-3 loss versus Real Salt Lake on July 24. As long as Austin shows odds above even money, they’re the play.

Vancouver shows a win and 2 draws in their last 3. Minny United shows 2 wins and a draw in their last 3. The draw happened against LAFC on July 28. The odds imply the Whitecaps don’t have a chance. Maybe, the home team doesn’t. But they could force a draw, which would lead to a nice score.