IF FIGHT DOES NOT HAPPEN = NO ACTION 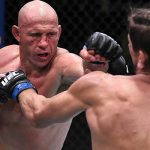 No matter the sport, every athlete who graces the field, the court, the ring, or the octagon reaches a point where they are no longer able to compete at the top level. This past weekend in Las Vegas, we may well have seen a fighter reach that point. We will get into that shortly, but there are also some other stories that we need to touch on from this past week in the world of MMA. 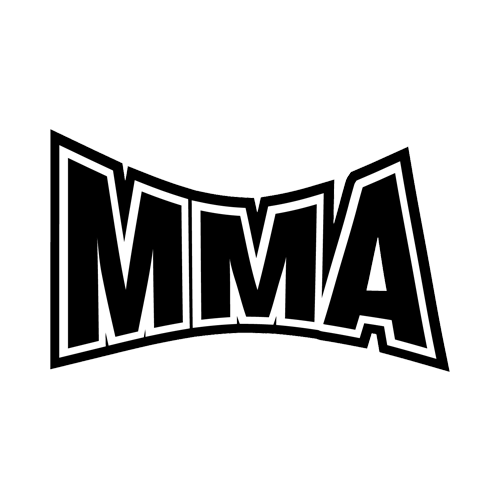 No matter the sport, every athlete who graces the field, the court, the ring, or the octagon reaches a point where they are no longer able to compete at the top level. This past weekend in Las Vegas, we may well have seen a fighter reach that point. We will get into that shortly, but there are also some other stories that we need to touch on from this past week in the world of MMA. That includes a look at what went down in UFC Vegas 26 and what might be next for the fighters who took part in that event. Let’s dig into all the latest news now so you can keep betting against their UFC odds.

If you have been watching the UFC for a number of years, you cannot deny that Donald Cerrone was one of the best in the business. The key word in that statement is “was.” As it now appears that the cowboy is reaching the end of the line. While fans seem to be of the belief that Cerrone is done, the man himself stated that he does not want to go out this way. One idea that he floated was to drop down to the 155-pound weight class. It may not change things, but I think most of us are of the belief that he deserves the shot of going out the way he wants.

After his win over Cerrone, Alex Morono had a lot to say, although little of it was about his win, which came after being given a week’s notice of the bout. The reason Morono was in was because Diego Sanchez was booted from the Cerrone bout, as well as the UFC, after video emerged of his trainer essentially using the fighter as a punching bag. Morono stated that he was looking forward to the Sanchez/Cerrone bout and seemed to point the finger at Joshua Fabia, the coach of Sanchez. That seems to be the common thread among other fighters appalled at the video.

One of the more disappointing aspects of UFC Vegas 26 was seeing another top fight cancelled at the last minute. Amanda Ribas was forced to pull out of her fight with Angela Hill after testing positive for COVID-19, which put Hill in an all too familiar position. She has now seen 4 of her scheduled fights cancelled over the last year, including 2 on the scheduled day of the fight. The feeling is that this fight will go in a couple of weeks, but if Ribas is not ready, Hill may just get a shot at Tecia Torres instead.

After her win over Michelle Waterson, Marina Rodriguez is eyeing a title fight against Rose Namajunas, but she is probably going to need to wait her turn. A bout against Mackenzie Dern seems the most likely alternative. A big win for Neil Magny on Saturday night means that he is now on the lookout for his next opponent, with many people believing that Vicente Luque could be that man. Luque has been dominant in each of his last 3 fights, and he deserves a fight against someone with the status of Magny.

Posted: Friday, May 7, 2021 5:17, EDT
We head back to Sin City this weekend for another UFC Fight Night and what looks to be a pretty loaded main card. There are a lot of big names coming to town for this one for what promises to be a fantastic night of MMA action. The bad news is that the expected headline event will not go ahead, Read More

Posted: Thursday, May 6, 2021 4:46, EDT
What better way to start your weekend than with a big MMA title fight on Friday night? That is what we have going on at Bellator 258, with the main event of the evening seeing Juan Archuleta looking to defend his Bantamweight title against Sergio Pettis in what promises to be a barn burner. While it’s the title fight that Read More

Posted: Wednesday, May 5, 2021 5:36, EDT
This Thursday night will see us reach the midway point of the 2021 PFL season, with just 3 more weeks to go after this event. For those of you not familiar with the PFL format, let’s do a quick rundown. The regular season runs 6 weeks, with the top 4 fighters in each weight division moving onto the playoffs, which Read More

Posted: Monday, May 3, 2021 3:53, EDT
UFC Vegas 25 is now officially in the books after what was, at times, a brutal affair. As we do every single week, we will get into what happened over the weekend and the impact those events might have on upcoming bouts. There is actually quite a bit to cover in the aftermath of the fight night this past weekend, Read More

Posted: Friday, April 30, 2021 1:22, EDT
It is going to be impossible to top last week’s UFC 261 given that there were 3 title fights on that main card. That said, UFC Vegas 25 has a pretty solid main card to deliver this coming Saturday night. There are several bouts here that look intriguing, and we are going to get into all 6 fights on the Read More

Posted: Wednesday, April 28, 2021 6:53, EDT
Shawnee, Oklahoma will once again play host to another LFA event, with this one set to go on Friday night at 9 PM EST on UFC Fight Pass. It’s a big main card that’s on offer, with 7 fights set to go. With that many bouts to cover, we should jump right into the previews and predictions so you can Read More

Posted: Wednesday, April 28, 2021 6:13, EDT
Last week, we saw the start of the annual Professional Fighters League tournament, which was returning after being unable to take place in 2020. If you haven’t been paying attention to the PFL, the regular season of the tournament runs for 6 weeks, with fighters picking up points for a win, plus bonuses, before moving onto the playoffs for each Read More

ONE On TNT IV: N Sang Vs Bigdash Betting Preview

Posted: Tuesday, April 27, 2021 4:27, EDT
TNT has done a very nice job in partnering with ONE to deliver top quality MMA bouts every week. They are back at it on Wednesday night with their fourth set of bouts broadcast from Singapore. There are just 3 fights on the main card, one of which is a title bout, but we are also going to take a Read More

Posted: Monday, April 26, 2021 5:14, EDT
When you are coming off a UFC weekend that had 3 title fights on the main card, you expect there to be lots of news to report. That is certainly the case, as we saw some explosive action at UFC 261. That has to be great news for the fans who were in attendance live for the first time in Read More

Posted: Saturday, April 24, 2021 9:00, EDT
While it is certainly possible to have a great fight card without a title bout added on, it does help when two fighters enter the octagon with the belt on the line. If that is the kind of action you like, then you better be ready for UFC 261, as this event has 3 title fights listed on the main Read More

Posted: Friday, April 23, 2021 5:10, EDT
KSW 60 will be held in Poland and will begin at 10 AM on Saturday morning. There are 9 fights on the main card, so let’s dispense with the chatter and get into the predictions. With that being said, let’s jump right into action so you can place your bets against their MMA odds. KSW 60: De Fries Vs Narkun Read More

Posted: Friday, April 23, 2021 10:48, EDT
Conor McGregor will step back into the Octagon on Saturday, July 10 to take on rival Dustin Poirier in the main event at UFC 264. McGregor has lost two of his last three fights, including falling to Poirier earlier this year on January 23. Check out everything there is to know about the huge July clash so you can start Read More

Posted: Thursday, April 22, 2021 3:03, EDT
There is a lot of fight action to look forward to this weekend, but if you have UFC Fight Pass in your home, you might consider taking in the LFA 105 event on Friday night. This one, which will be held in Oklahoma, starts at 9 PM EST and has a pretty full main card, with no less than 6 Read More

Posted: Wednesday, April 21, 2021 5:07, EDT
After being forced to postpone last year, the Professional Fighting League returns for the 2021 season. All told, we will have 60 fighters at the beginning of the league, all of whom are competing across 6 different weight divisions. There will be a 6-week “regular season,” with points scored for wins, plus bonus points added for victories in a specific Read More

ONE On TNT III: Lineker Vs Worthen Expert Analysis

Posted: Tuesday, April 20, 2021 4:23, EDT
Another big week of MMA action is upon us and we have a lot of ground to cover. We will be doing our best to deliver all the previews and predictions for each and every MMA event over the next few days. We will get the ball rolling with ONE on TNT III, which is set to go on Wednesday Read More

Posted: Monday, April 19, 2021 5:52, EDT
We have grown accustomed to seeing the UFC put on big events every weekend, but you quickly learn that some are bigger than others. This weekend will see one of the best looking main cards that we have had in a while, as it will feature no less than 3 title fights. Each are great in their own right, but Read More

Posted: Monday, April 19, 2021 4:46, EDT
If you are a fan of the UFC, you are probably already stoked for UFC 261, which is set to go this coming weekend. After all, there are 3 title fights on the main card, so definitely the promise of a lot of fireworks. The good news is that there is plenty of action to keep fight fans occupied while Read More

Posted: Friday, April 16, 2021 8:47, EDT
It is another busy week of action in MMA, with several different organizations hosting events that include several title fights. It all comes to a close on Saturday night in Sin City with UFC Vegas 24. While there are not title fights at this event, we still have a main card that looks to have some very good bouts on Read More