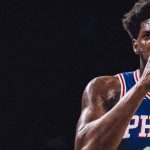 The marquee game around the NBA on Friday is a potential NBA Finals preview as Kawhi Leonard (assuming he plays) and the Los Angeles Clippers visit Joel Embiid and the Philadelphia 76ers. The Clips aren’t underdogs often but will be on the NBA odds for this national TV matchup.How to Bet Clippers at 76ers NBA Odds & TV Info When: Friday, 7 PM ET Where: Wells Fargo Center TV: ESPN Stream: ESPN app Radio:com NBA Odds: TBA (depends on Clippers injuries but Sixers will be favored)Last MeetingOn March 27, the Clippers beat the visiting 76ers 122-112 – that was L.

The NBA Finals is the championship series of the National Basketball Association. The Eastern and Western conference champions play a best-of-seven game series to determine the league champion.

The winners of the Finals are the NBA Champions and are awarded the Larry O&#39Brien Championship Trophy (NBA Playoffs Trophy). Check out our NBA Playoffs 2021 Odds, News & Analysts.

Two nights after letting the Larry O’Brien Trophy slip through their grasp in Game 5 of the NBA Finals, the Los Angeles Lakers captured their 17th title on Sunday night with a Game 6 win over the Miami Heat. LeBron James capped another illustrious title run with 28 points, 14 rebounds and 10 assists as the Los Angeles Lakers earned their record-tying 17th championship with a 106-93 rout of the Miami Heat of the NBA Finals in the NBA bubble. 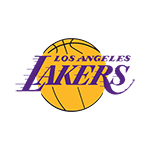 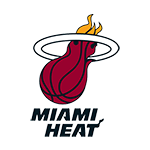 Posted: Tuesday, October 6, 2020 11:52, EDT
Los Angeles Lakers vs Miami Heat NBA Score | 2020 NBA Championship Scores The victory on Tuesday puts the Lakers one win away from a championship. LeBron James overcame a slow start to finish with game highs of 28 points and 12 rebounds, Anthony Davis scored 22 and the Los Angeles Lakers moved one win away from their 17th Read More

Posted: Wednesday, September 30, 2020 11:39, EDT
Miami Heat vs Los Angeles Lakers NBA Score | 2020 NBA Championship Scores The Lakers cruised to a 116-98 victory after stretching their lead to as many as 32 points in the third quarter. Anthony Davis scored 34 points and grabbed nine rebounds, and the Los Angeles Lakers rolled to a victory over the Miami Heat in Game 1 Read More

The Heat are a 5-point underdog against Anthony Davis and the Lakers in Game 1 of the NBA finals.

Posted: Monday, October 21, 2019 6:37, EDT
Will the Los Angeles Lakers or Los Angeles Clippers and their respective ‘dynamic duos’ live up to their respective billing as top favorites? Will the Milwaukee Bucks and league MVP Giannis Antetokounmpo take two more steps to become league champs after coming up just short in last season’s Eastern Conference Finals? Last but not least, could the Toronto Raptors pull Read More