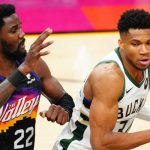 Either the Milwaukee Bucks win their first NBA title since 1971 on Tuesday night in Game 6 of the NBA Finals, or the visiting Phoenix Suns pull the upset to force a Game 7 back in the desert. NBA oddsmakers expect the Bucks to finish things off.How to Bet Suns at Bucks NBA Odds & TV Info When: Tuesday, 9 PM ET Where: Fiserv Forum TV: ABC Stream: ESPN app Radio:com NBA Odds: Bucks -5 (total 222)Why Bet on Phoenix?The Suns appeared in control of Saturday’s Game 5 vs. 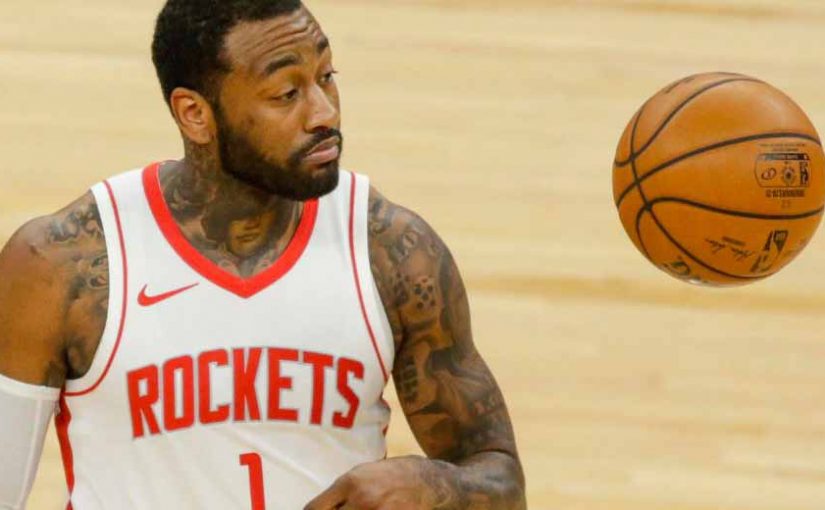 It looks to be a major mismatch on Thursday night when the NBA championship-caliber Milwaukee Bucks visit the 100 percent tanking and short-handed Houston Rockets. The Bucks are big-time favorites on the NBA odds … as long they don’t rest any key players.

How to Bet Bucks at Rockets NBA Odds & TV Info

Why Bet on Milwaukee?

The Bucks were 114-104 winners in Charlotte on Tuesday to avoid the season sweep at the hands of the Hornets. They had beaten the Bucks by 12 at home in January, and then by eight on April 9 in Milwaukee.

With just over four minutes to play, a pair of free throws from Charlotte’s Devonte’ Graham cut Milwaukee’s lead to just four. But the Bucks would eventually end the game on an 11-5 run. Milwaukee moved to 10-13 in games that result in a clutch time finish this season. Closing games in the fourth quarter has been the Achilles heel for the Bucks in 2021.

“We came out with focus knowing they had beat us twice,” Bucks star Giannis Antetokounmpo said. “We wanted to get one and not get swept. … For sure everybody was locked in and extra motivated to win this game.”

Antetokounmpo hit 11-of-19 shots, two 3-pointers and 5-of-5 free throws for 29 points, 12 rebounds, eight assists, three steals and a block. Antetokounmpo notched his fourth consecutive double-double, and he has now scored a minimum of 24 points across seven games since returning from injury. One big highlight was his perfect effort from the free-throw line — marking only the fourth time he’s achieved that this season.

Brook Lopez hit 9-of-12 shots for 22 points along with four rebounds, two assists and two steals. Lopez topped 20 points for only the fifth time this season and for the first time in his last 10 contests. Khris Middleton scored 17 points with six assists, five rebounds and two steals. Jrue Holiday had 12 points, 10 rebounds and five assists. Holiday recorded his third double-double in his last four games, though it was the first time he’s managed double-digit rebounds all season.

Houston was playing its first game since Monday’s news that John Wall would likely miss the remainder of the season with a right hamstring strain. Wall has averaged 20.6 points and 6.9 assists in his first season in Houston.

Christian Wood returned from resting his ankle on Saturday and had 24 points, 18 rebounds, five assists and a block in the loss. Before Tuesday’s game, Wood was averaging 20.1 points, 9.1 rebounds, 2.0 three-pointers, 0.9 steals and 0.9 blocks while shooting 47.7 percent from the field over his last 14 games. Wood has been a huge bright spot when healthy this year.

Jae’Sean Tate had 20 rebounds, four assists and two steals. The 25-year-old has now posted two solid performances in a row, averaging 17.0 points, 5.0 rebounds, 4.0 assists and 3.0 steals in that span. Tate has been one of the Rockets’ primary ball handlers over the past three games, which is a trend that should continue with Wall out for the season.

Kelly Olynyk started and hit 12-of-17 shots for a season-high 28 points, nine rebounds, five assists and two steals. Olynyk may have gotten his career high (32) had he hit some 3-pointers, but he was 0-for-4. The 30-year-old has scored 20-plus points in six out of his last eight games, a span in which he’s averaging 20.5 points, 8.1 rebounds, 3.3 rebounds, 1.8 three-pointers and 1.4 steals. Olynyk’s usage has skyrocketed since joining the Rockets back on March 27 via trade.

The Rockets are 7-24 at home this season, including a franchise-high tying 11 game losing streak. Houston tied for the third-most home victories by any team over the past seven seasons. Houston is 3-44 in games in which it trailed by double-digits this season overall.