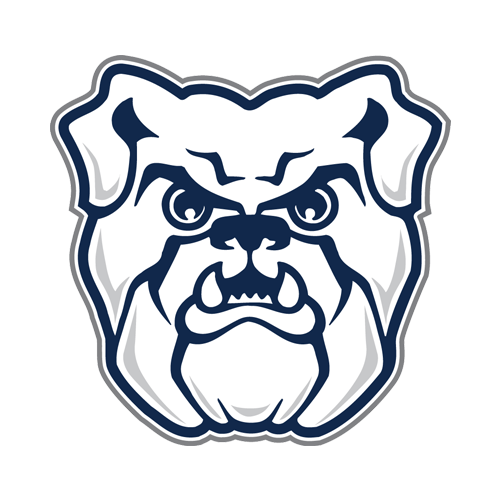 We are not yet at the end of the college basketball season, but you can bet that there are some people out there who are already looking ahead to March Madness and thinking about how the bracket might look. It’s impossible to know how things will play out, especially with the teams on the bubble, but it’s never to early to start looking at the strengths and weaknesses of the teams that are almost certainly going to be among the top seeds once the tournament rolls around. It’s also good to watch who gets stronger coming down the stretch and who begins to fade and buckle under the pressure, as that, too, can help when putting together a bracket. Wednesday night will see a pair of Big East teams, both currently ranked in the top 25. Going head to head, with the Butler Bulldogs on the road to the Seton Hall Pirates. Both of these teams are heading in the wrong direction at the moment, so both could use a big win here to try and get back on track. The Pirates are favored by 4 ½ at home, with the point total set at 134 ½. Let’s see how the College Basketball betting odds will be for the Butler vs Seton Hall.

Why bet on the Butler Bulldogs

The Butler Bulldogs are not in bad shape, witting with a 19-7 record on the season, but the negative side of their record is that things have not been so great of late. Specifically, it has been conference play that has accounted for 6 of their 7 losses this season. They are 7-6 in what is admittedly a very competitive Big East Conference, but that is still well short of where they would like to be. They have been unable to put together back to back wins in the month of February and were already on the losing end to Seton Hall this season, going down 78-70 at home against the Pirates. They are 1-8-1 ATS in their last 10 games and just 1-6 ATS in their last 7 against Seton Hall.

Why bet on the Seton Hall Pirates

The Pirates are in desperate need of a win if they are to hang on and win the Big East regular season title. They still have a ½ game lead over Creighton at the top, but there are signs that their confidence may be just a little shot. The Pirates are 10-3 SU in conference play, but those 3 losses have come in their last 5 games, including back to back losses coming into this one. Home court should serve as a decent advantage for the Pirates, as they have won 11 of the last 14 in their own building. You still get the sense that this losing streak is a minor blip for the Pirates and one that they can break out of with a win here. 8 of the last 12 meetings between these two have gone OVER, so keep that in mind.

Neither of these teams is coming into this game on a particularly good run of form, but I have to think that the Pirates being at home swings things in their favor. I think we get a close one here, but I am leaning towards the OVER.

Posted: Wednesday, February 19, 2020 4:15, EST
We are not yet at the end of the college basketball season, but you can bet that there are some people out there who are already looking ahead to March Madness and thinking about how the bracket might look. It’s impossible to know how things will play out, especially with the teams on the bubble, but it’s never to early Read More
0 comments

Posted: Wednesday, February 5, 2020 9:37, EST
The only ranked matchup of Wednesday night around college basketball comes from the Big East as No. 10 Villanova Wildcats visits No. 19 Butler Bulldogs. The Wildcats are two games up on the Bulldogs in the standings, but Butler is a short NCAAB betting favorite. How to Bet Villanova at Butler NCAA Basketball Odds & TV Info GAMEDAY. #RoadAttitude AT: Read More
0 comments

Posted: Friday, January 24, 2020 7:20, EST
Butler for a while looked like the class of the Big East and a legitimate Final Four threat, but the No. 13 Bulldogs enter Friday’s conference game against Marquette on a three-game skid. Still, Butler is favored on the NCAAB odds. How to Bet Marquette vs Butler College Basketball Odds & Game Info When: Friday, 9 PM ET Where: Hinkle Read More
0 comments

Posted: Tuesday, January 21, 2020 2:22, EST
The ninth ranked Villanova Wildcats will look to extend their winning ways when they host a 13th-ranked Butler Bulldogs squad that come crashing back to earth following their blistering start to the regular season. With both Big East title hopefuls looking for the statement-making win in this matchup, let’s find out where the best value lies in this Tuesday night Read More
0 comments

Posted: Wednesday, January 15, 2020 5:28, EST
The goal of every team heading into the college football season is to nab a spot in the tournament, but there are a bunch of teams who have loftier goals than simply making it in. The first order of business for the top teams in the sport is to get into the top 25 and go as high as possible, Read More
0 comments

Posted: Friday, January 10, 2020 2:15, EST
Before we get to March Madness, there is still a lot of basketball to be played, much of which will be conference games that will have a huge impact on final seeding and who makes it into the tournament. We will have the regular season first, followed by the conference tournaments, so a lot of teams are going to become Read More
0 comments

Posted: Tuesday, March 26, 2019 7:19, EDT
This year’s March Madness hasn’t exactly been filled with the kind of upsets we’ve become accustomed to seeing. In fact, the first two round of the tournament have been so chalky that for the first time in Most of the favorites to win the Most Outstanding Player award still remain, therefore many of their March Madness odds have dropped very Read More
0 comments

Posted: Tuesday, February 19, 2019 10:10, EST
Butler heads to Milwaukee on Wednesday to battle #10 Marquette in desperation mode. The Bulldogs have played well lately, but they need a signature win to stamp their ticket to the Big Dance. Will Butler get it done on Wednesday, or will Marquette solidify their position as the top team in the Big East? And before you go any further, Read More
0 comments

Posted: Wednesday, February 13, 2019 6:55, EST
Now’s the time for bubble teams to either step it up or go and hide in the shadows. Certain bubble teams will almost assuredly make it to the NCAA Tournament, meaning they probably were never bubble teams to begin with. However, many other teams are legit bubble squads that might get left out if they don’t step it up in Read More
0 comments