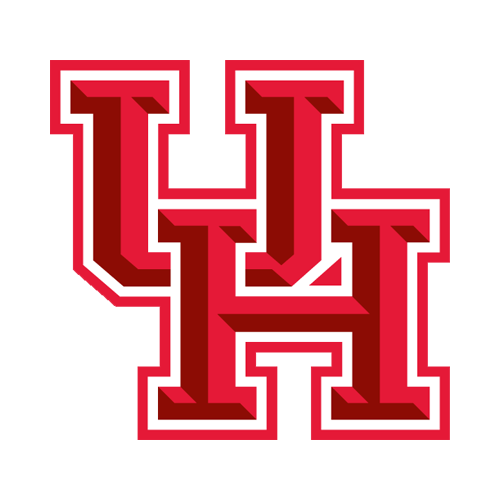 It is always really interesting to watch the conferences play out over the course of the college basketball season. While you get some conferences where a single team takes control from the start, you have many more where the outcome is unsure all the way into the final weekend of the season. That is where we find ourselves now, with every team in the country now down to their final game or two before we dive into the conference championship tournaments next week. There will be some teams on the bubble who are going to need a great showing in those tournaments to sneak into the final March Madness bracket, and while some teams have already punched that ticket, it’s still important to finish strong. In terms of the AAC, the Houston Cougars appear to be the only team that can really be considered a lock to be in the tournament, although they still have some work to do if they are to win the AAC regular season title. That work begins on Thursday night with a trip to Storrs to face the Connecticut Huskies. Houston is a slender 2-point favorite, with the point total for this one set at 133. Let’s see how the College Basketball odds will be for the Houston vs Connecticut.

Why bet on the Houston Cougars

The Houston Cougars find themselves in the top 25 in the national rankings as we head into the final weekend of the season. They are down in the #21 spot, so they are realistically going to need to win out to ensure that they stay in that coveted spot. That is not fully guaranteed, though, as they have been a little wobbly of late, going 3-2 in their last 5 games. Overall, their season record now sits at 22-7, but that still leaves them a ½ game back of Tulsa in the race to win the AAC. The Cougars are 12-4 in conference play this season, which includes a 63-59 win over UConn when they met in Houston earlier this season. The Cougars are now 7-1 SU in their last 8 meetings with the Huskies and are 13-7 ATS in their last 20 games overall.

Why bet on the Connecticut Huskies

While certainly not a disastrous season by any stretch of the imagination, you can bet that the Connecticut Huskies are still not going to be pleased with their 17-12 record. Rather than simply playing out the season, though, the Huskies are doing a very nice job of finishing strong, winning 6 of their last 8 games, including each of their last 3. They have had 5 games against ranked opponents this season and have managed too win just once, with that one being a 62-59 win over Florida way back in the second week of the season. The Huskies are 13-3 at home this season and have won their last 5 games at home. They are, though, just 4-9 ATS in their last 13 games played in the month of March.

The previous meeting between these two earlier in the season was a close one and I believe that we might be in for more of the same here. I have the Cougars edging it and covering the spread by the slimmest of margins.

Posted: Thursday, March 5, 2020 4:47, EST
It is always really interesting to watch the conferences play out over the course of the college basketball season. While you get some conferences where a single team takes control from the start, you have many more where the outcome is unsure all the way into the final weekend of the season. That is where we find ourselves now, with Read More
0 comments

Posted: Thursday, February 6, 2020 2:41, EST
The Tulane Green Wave will be looking to snap out of a discouraging losing streak when they hit the road to take on the 25th-ranked Houston Cougars on Thursday night. With Houston looking to get back in the win column after suffering a heartbreaking loss the last time out and Tulane completely desperate, let’s find out which team is offering Read More
0 comments

Posted: Friday, March 29, 2019 4:20, EDT
The Houston Cougars look to keep their magical NCAA Tournament run going in the Sweet 16 on Friday, March 29 when they take on the 2-seeded Kentucky Wildcats. Will the Cougars get the job done, or will the Wildcats send them heading home? Sweet 16 Bracket: Printable March Madness Bracket 2019 Houston vs Kentucky 2019 March Madness Odds & Sweet 16 Read More
0 comments

Posted: Wednesday, March 27, 2019 3:31, EDT
Stated correctly, we are now in the regional semi-finals in the NCAAB tournament, but we all know and refer to this stage of the tournament as the Sweet 16. All of the #1 seeds are still alive and well, but will they be that way once we come to the end of play on Friday night? The pressure is getting Read More
0 comments

Posted: Tuesday, March 26, 2019 10:31, EDT
If you like upsets, this NCAA Tournament isn’t for you. It’s only the second time in tournament history that the top three seeds in all four regions all reached the Sweet 16. The only “Cinderella” left is Pac-12 Tournament champion Oregon. We recommend an March Madness parlay on the Ducks game Thursday with Houston-Kentucky on Friday. 2019 March Madness Sweet Read More
0 comments

Posted: Tuesday, March 19, 2019 3:20, EDT
Whether you plan on backing a couple of the top favorites to win the 2019 March Madness tournament or a team that may be more dark horse title contender, the expert college basketball betting analysis that you’re about to get is going to help you identify the handful of teams that I believe are looking like some of the best Read More
0 comments

Posted: Tuesday, March 19, 2019 10:20, EDT
Georgia State takes on 3-seed Houston in the Midwest Region hoping for a massive moneyline upset. As opposed to other 14 vs 3 seed battles in the 2019 NCAA Tournament, oddsmakers and handicappers respect the Panthers. Georgia State is only a +11.5 dog. Can the Panthers keep it close versus one of the top teams in the nation? Download Our Read More
0 comments