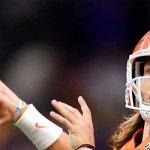 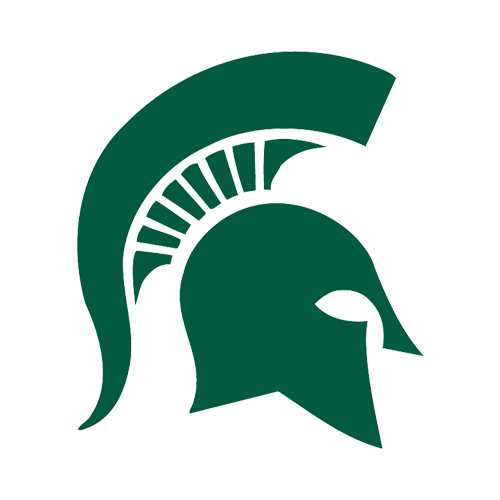 Why Michigan State Spartans are a good pick -1 ½

Before the season started, college hoops analysts made Michigan State the top team in the nation. Although the Spartans had a rough time of it early in the season, they’ve gotten on a roll the past couple of weeks. MSU is on a 3-game winning streak. 2 of the wins happened against ranked rivals Iowa and Maryland. Beating Penn State on the road won’t be easy. But Sparty smells a Big Ten Regular Season title. Michigan State has a chance to win and cover.

Why Penn State Nittany Lions are a good pick +1 ½

About a month ago, the Penn State Nittany Lions headed to East Lansing a +8 ½ underdog. Most expected Michigan State to handle the Lions. That didn’t happen. Instead of folding against the home favorites, Penn State upset Michigan State 75-70. If anything, the change in venue on Tuesday night should bolster Penn State’s chances. Don’t look past the Nittany Lions to provide the 2-game sweep versus MSU on March 3.

Penn State is reeling. The Nittany Lions had been on an 8-game winning streak. During the streak, they beat and covered against Ohio State, Michigan, Michigan State, Indiana, and Purdue. Penn State looked like the top team in the conference.

But starting on Feb. 18, things fell apart. The Nittany Lions head into this match on a 4-game losing streak ATS. They’ve lost 3-of-4 SU and beat Rutgers by a point, 65-64. As if things weren’t bad enough, Penn State faces a surging Michigan State squad on Tuesday. The Spartans beat Maryland 78-66 in their last.

Although the trends point to a Penn State win and cover, back Michigan State. The Spartans head into this battle off their best performance of the season. MSU wins and covers.

Posted: Friday, February 14, 2020 11:56, EST
Michigan State was the preseason heavy favorite to win the Big Ten Conference, but it’s No. 9 Maryland atop the standings as the Terps visit East Lansing on Saturday. Sparty, which still can win the regular-season title, will be a short NCAAB favorite on the Mybookie odds. Let’s see how the College Basketball betting odds will be for the Maryland Read More
0 comments

Posted: Tuesday, February 4, 2020 11:32, EST
Two top Big Ten squads throw down on Tuesday night when Penn State heads to the Breslin Center to battle Michigan State. Most believed the Spartans would send a top squad to the courts this season. Not many though Penn State would. But the Nittany Lions have a great 16-5 record. Will the Lions hang with the Spartans? Or, will Read More
0 comments

Posted: Thursday, January 23, 2020 10:28, EST
On Thursday night, the Michigan State Spartans hope to keep their lead in the Big Ten. The Spartans travel to Bloomington to take on the rival Indiana Hoosiers. Will Michigan State win and cover as a road favorite? Or, will Indiana show they have what it takes for an NCAA Tournament bid? Check out our college basketball odds, a preview Read More
0 comments

Posted: Friday, January 17, 2020 9:47, EST
On Friday night, Michigan State looks to bounce back after one of their worst defeats in history. The Purdue Boilermakers pummeled MSU 71-42. Can the favored Spartans get back on the winning track? Or, will Wisconsin add to Michigan State’s woes? Can the Badgers cover the spread? Check out the college basketball odds, analysis and a free pick for Wisconsin Read More
0 comments

Posted: Thursday, January 9, 2020 9:37, EST
Just one team in the Big Ten is without a conference loss and that’s No. 8 Michigan State. Tom Izzo’s Spartans host a mediocre Minnesota side on Thursday and MSU is a double-digit favorite on the Mybookie NCAAB odds. How to Bet Minnesota at Michigan State NCAA Basketball Odds & TV Info When: Thursday, 9 PM ET Where: Breslin Center, Read More
0 comments

Posted: Tuesday, April 2, 2019 7:54, EDT
Coach Tom Izzo and the Michigan State Spartans are back in the Final Four after the Spartans upset the Duke Blue Devils in the Elite Eight. Michigan State offers the second lowest College Basketball National Championship odds. Check out the latest March Madness betting odds, an analysis of Michigan State, along with a prediction on how far the Spartans will Read More
0 comments

Posted: Tuesday, April 2, 2019 1:27, EDT
After becoming the first No. 1 seed in NCAA Tournament history to lose to a No. 16 seed a year ago, the Virginia Cavaliers are back and poised to make history of a different kind of history as they look to win the first men’s college basketball national championship in school history. While Virginia is now the prohibitive favorite to Read More
0 comments