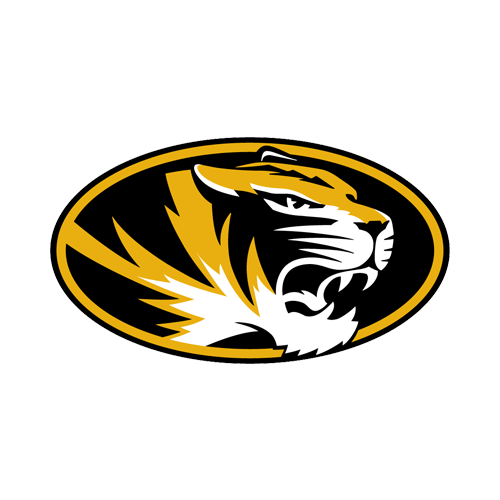 There are just 3 weeks left in the college basketball regular season, after which we get the conference tournaments, Selection Sunday, and March Madness. This is the stage of the season when things start to get a little crazy, and also when the great teams really start to put things together. It’s also the time when we sometimes see the pressure start to show some cracks in teams we previously thought to be among the best.

The Kentucky Wildcats are one of the most iconic teams in the sport, and they always seem to be hanging around near the top of the national rankings at this stage of the year. They are coming off a massive win over the weekend, which we will talk about in a moment, and are now very much on the radar of bettors looking to find a sweet little dark horse that might make them some money in the tournament. Kentucky will get this week rolling with a road trip to Missouri, where they will start as 12 points favorite against the Tigers. The point total for this one has been set at 135.

Can’t imagine what this team would be like without @2ReidTravis2? Neither can we. His impact and leadership have been so big. pic.twitter.com/pwfFphyPvF

Why bet on the Kentucky Wildcats?

One way to signal your intent to the rest of the field in any sport is to go out and beat the best team in the nation. That is exactly what Kentucky did over the weekend, taking out #1 ranked Tennessee in a rather lopsided 86-69 win. That victory was enough to move them up one spot to #4 in the rankings, and it may have been higher if they had been able to get past LSU a few days earlier in a close game that the Tigers won 73-71.</p.

We now have a tight race for the SEC regular-season crown, with Tennessee and LSU tied at the top and the Wildcats sitting just a game behind the leaders. Kentucky is 9-1 SU in their last 10 meetings with Missouri, which includes being 4-1 on the road. The Wildcats are an impressive 5-1 ATS as a road favorite this season.

Why bet on the Missouri Tigers?

The Missouri Tigers come into this week with a .500 record, sitting at 12-12 on the year, with the likelihood being that they are going to drop below that mark after this one. The reality is that the Tigers have struggled mightily in conference play, going just 3-9, a record that has them sitting perilously close to the cellar in the SEC.

They have had 4 previous meetings with ranked teams this season and have gone 0-4 in those games, so not much to like there. Missouri has also not been a particularly strong bet against the spread, going 6-6-1 in home games this season, which includes being 3-3 ATS as a home underdog.

There is always the possibility that the Wildcats might have a bit of a letdown after beating the #1 team in the nation, but this looks like a team on a mission right now. I like them to go into Missouri and come away with a comfortable win, covering the spread in the process.

Posted: Tuesday, February 19, 2019 2:36, EST
There are just 3 weeks left in the college basketball regular season, after which we get the conference tournaments, Selection Sunday, and March Madness. This is the stage of the season when things start to get a little crazy, and also when the great teams really start to put things together. It’s also the time when we sometimes see the Read More
0 comments

Posted: Wednesday, January 30, 2019 10:22, EST
Auburn looks to end a losing streak and leap back into the Top 25 when they face the rival Missouri Tigers on Wednesday night. At one point, Auburn was ranked in the Top 10. After 3 straight losses, they’re desperate for a victory. Missouri won’t just lie down and let Auburn kick them, though. Who takes it in one of Read More
0 comments

Can FSU Overcome Missouri in March Madness on Friday?

Posted: Friday, March 16, 2018 8:33, EDT
In this writer’s opinion, perhaps the most intriguing first-round NCAA Tournament matchup on Friday is No. 9 Florida State of the ACC taking on No. 8 Missouri from the SEC in the West Region. It’s middle-of-the-road but talented schools and could be a pick’em on the March Madness odds by tipoff. How to Bet Missouri vs. FSU March Madness Odds Read More
0 comments

Posted: Friday, February 16, 2018 11:50, EST
The teams currently occupying the top 25 at this stage of the college basketball season can probably count themselves as being in the tournament. It would take a total collapse of the teams in that group for them to miss out, which might, in turn, open the door for teams currently on the bubble. That is arguably the worst place Read More
0 comments

Posted: Wednesday, October 25, 2017 4:39, EDT
The 2017-18 College Basketball season has yet to get underway, but I know one thing, some programs (like Louisville first and foremost) are already reeling thanks to the federal investigation that caught up several coaches a couple of weeks ago. With that said, NCAAB enthusiasts everywhere need to know which teams are looking really good as far as their College Read More
0 comments

Posted: Monday, February 20, 2017 11:07, EST
Is No. 13 Kentucky in any danger of losing Tuesday night in SEC action at a terrible Missouri team? Probably not, but the Wildcats could be a bit sluggish if they are caught looking ahead to Saturday’s huge game with Florida for the likely SEC regular-season title. The Cats are solid favorites in NCAAB odds on Tuesday. Kentucky at Missouri Read More
0 comments