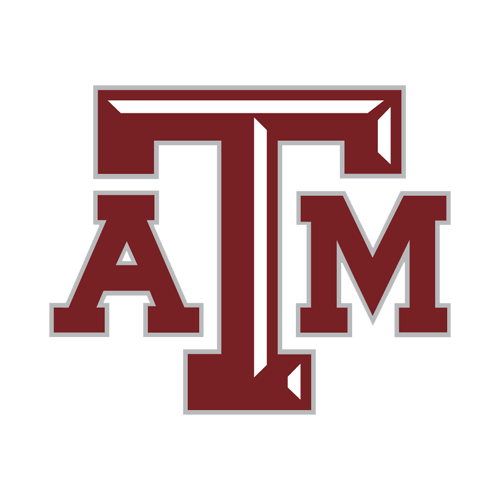 On paper, No. 4 Kentucky, one of three SEC co-leaders, should have little trouble with Arkansas on Tuesday night and the Wildcats are big NCAAB odds favorites. However, might Kentucky be caught looking ahead to this Saturday’s mega-matchup vs. Tennessee?

“The camaraderie, you see it and you feel it. … This team is a bunch of players that work, that are in the gym all the time, that are for each other. It’s really neat to see.” – @UKCoachCalipari

Only scheduled meeting. Last year, they also played just once and UK prevailed 87-72. Kevin Knox (now in the NBA) lead the Cats with 23 points. Knox was one of five players to finish in double figures for Kentucky, which shot 46.3 percent (31 of 67) in the win and overcame an early 11-point deficit.

After Arkansas took a 61-56 lead midway through the half, Kentucky outscored the Razorbacks 31-11 to end the game — thanks in large part to a 23-12 rebounding edge in the half and 46-29 advantage for the game. Daryl Macon scored 26 points to lead the Razorbacks, who have lost the past six in the series.

Why Bet on Arkansas?

The Razorbacks lost their fifth in a row Saturday, 87-80 at home to Texas A&M. Savion Flagg scored 22 and Wendell Mitchell added 20 for the Aggies, who have won four of their last five games and avenged a home loss to Arkansas (14-13, 5-9) on Jan. 5. Arkansas pulled within two points with 8:21 remaining in the second half, but Flagg drilled a fast-break 3-pointer and spurred an 11-2 run that essentially put the game out of reach.

Daniel Gafford, who was 5-of-5 from the field in the second half, recorded his ninth double-double of the season, scoring 23 points and grabbing 13 rebounds. Isaiah Joe added 20 while Mason Jones contributed 11. Joe made two 3-pointers to tie Pat Bradley for fifth on the school’s single-single season list. Bradley made 93 3-pointers in both the 1998 and 1999 seasons.

Gafford is one of just two players in the NCAA to shoot at least 60 percent from the field and average at least 15.0 points, 8.0 rebounds and 1.9 blocked shots. Gafford ranks fifth in the NCAA in field goal percentage and is the only player in the SEC to rank among the top 10 in field goal percentage, scoring, rebounding, blocked shots, offensive rebounds, and defensive rebounds.

Why Bet on Kentucky?

The Cats won for the 13th time in 14 games Saturday, 80-53 over Auburn. Coach John Calipari surpassed Joe B. Hall on the school’s career wins list and is second behind Adolph Rupp.

Kentucky played without senior forward Reid Travis, who sprained his right ankle in a 66-58 win at Missouri last Tuesday. Travis is expected to miss the next two weeks. Freshman EJ Montgomery started in Travis’ absence and scored six points. UK put the game away by scoring 11 straight points to open the second half and led by as many as 33. The 27-point margin of victory is the Wildcats’ biggest vs. Auburn since defeating the Tigers 110-75 during the memorable 2014-15 season.

PJ Washington led the way with 24 points, the sixth straight game he has led UK in scoring. He made a career-best five 3-pointers. It was his 10th 20-point game of the season and his eighth in the last 10 games. He is averaging 21.0 points over the last 10 games. Keldon Johnson totaled eight points, a career-high 17 rebounds, and a career-high five assists. Tyler Herro scored 17 points, including 3 of 6 on 3-pointers. UK is 14-0 this season when he scores at least 15.

We think Kentucky is caught looking ahead to Saturday. Take the points.

Posted: Tuesday, February 26, 2019 9:25, EST
On paper, No. 4 Kentucky, one of three SEC co-leaders, should have little trouble with Arkansas on Tuesday night and the Wildcats are big NCAAB odds favorites. However, might Kentucky be caught looking ahead to this Saturday’s mega-matchup vs. Tennessee? Download Our Exclusive 2019 March Madness Bracket now! How to Bet Arkansas at Kentucky NCAA Basketball Betting Lines & Game Info Read More
0 comments

Posted: Wednesday, January 16, 2019 11:29, EST
#12 ranked Auburn heads to College Station, Texas, to take on SEC rival Texas A&M on Wednesday, January 16. The Tigers have played about as well as any team in the conference. Can they thump the Aggies as a road favorite? Or, will A&M prove best on their court? Auburn vs Texas A&M NCAAB Lines & Expert Pick Time to Read More
0 comments

Posted: Wednesday, March 21, 2018 4:56, EDT
March Madness it’s not just some catchy phrase that the NCAA uses to promote its annual Men’s National Basketball Championship Tournament, it’s an absolute certainty – and apparently, it’s getting more maddening each and every year. With this year’s NCAA Tournament producing more wild and wacky results than ever and the start of the Sweet 16 just over 24 hours Read More
0 comments

Posted: Tuesday, March 20, 2018 3:48, EDT
With the 2018 version of the NCAA Tournament producing some wild results since the outset of this year’s tournament, now, more than ever, you need some expert ATS betting picks that have a high probability of playing out just as predicted. Have no fear, the trio of 2018 March Madness Sweet 16 picks that you’re about to get are more Read More
0 comments

Posted: Tuesday, March 13, 2018 3:38, EDT
If you’re a March Madness betting enthusiast looking for some value-packed underdogs worth betting on in the first round of the 2018 NCAA National Championship Basketball Tournament, then you’ve come to the right place. I’ve got the block on lock when it comes to the NCAA Basketball betting action. Now, check out this trio of opening round underdogs worth betting Read More
0 comments

Posted: Friday, January 5, 2018 12:05, EST
With the 2017-18 NCAAB season moving into the new year and conference action now getting underway across the country, now is the perfect time to highlight some legitimate contenders – and some pretenders according to the latest College Basketball Championship odds. There’s electrifying Oklahoma point guard Trae Young who has been so special this season that he gets his own Read More
0 comments

Posted: Wednesday, March 23, 2016 4:19, EDT
With the first two rounds of the NCAA Tournament in the books, college basketball betting enthusiasts will be eager to see what March Madness has to offer in the Sweet 16 games set to take place this week. Here is our sweeping look into the Sweet 16 games and SU NCAA Basketball betting picks to consider for this coming round Read More
0 comments

Posted: Wednesday, March 23, 2016 3:19, EDT
If you’re looking for some betting on Sweet 16 underdog teams that have legitimate chances of both, covering the spread or winning their respective matchups outright, then you should know that at least half of the eight Sweet 16 games that will take place this Thursday and Friday evening all have a great chance of cashing in for the underdog ballclub. Thanks to Read More
0 comments

Posted: Monday, February 29, 2016 5:16, EST
The 21st-ranked Texas A&M Aggies are playing their best basketball of the season at just the right time, making them a virtual lock alert pick to take down the struggling Auburn Tigers when the two rivals square off in their SEC showdown on Tuesday night.Now, let’s find out if the Aggie can cover the NCAA basketball betting spread as a Read More
0 comments