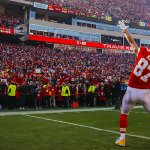 After a lot of back and forth between the league and the players union, we are definitely going to have a football season in 2020. This, though, will not be anything like you have seen before, and we are not just talking about the absence of fans in the stands. In order to alleviate potential health issues, the preseason has been scrapped this year, while players will go through regular testing in their respective training camps. 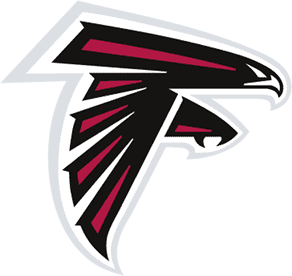 Not too long ago, Todd Gurley was the highest-paid running back in NFL history and arguably one of the five best players in the entire league. However, Gurley was released this offseason by the Rams and signed with Atlanta. Here are Gurley’s odds at Mybookie to lead the NFL in rushing yards in the 2020 regular season as well as his over/under yardage total.

Gurley was the No. 10 overall pick by the Rams in 2015 out of Georgia. He scored 44 career touchdowns (36 rushing, six receiving, two kickoffs) at UGA, which ranks second in school records behind Herschel Walker (52). He recorded 18 career 100-yard games at Georgia, the second-most in school history. Gurley is one of only four Bulldogs to have 3,000-plus yards rushing in his career.

Gurley was the NFL Offensive Rookie of the Year in 2015. He finished his rookie year with 1,106 rushing yards and 10 touchdowns on 229 attempts despite making only 12 starts (he sat out the Rams’ season-ending loss at San Francisco).

Gurley was also first-team All-Pro in 2017 & ’18 with the Rams and the 2017 NFL Offensive Player of the Year. The playoff-bound Rams decided to have Gurley sit out the last game of the season against the San Francisco 49ers, allowing Kareem Hunt to win the title for rushing yards, but Gurley did lead the NFL with 13 rushing touchdowns, 19 total touchdowns, and 2,093 yards-from-scrimmage. He led the league in scoring among non-kickers with 114 points and was the 16th player in NFL history with a 750/750 rushing/receiving yard season.

Before the 2018 season, the Rams gave Gurley a four-year, $60 million contract extension with $45 million guaranteed, making him the highest-paid running back in the NFL at the time. With a 17-yard TD run during a Week 10 victory over the Seattle Seahawks, Gurley set a team record by scoring a touchdown in 13 straight games, breaking the mark set by Elroy “Crazy Legs” Hirsch. Gurley finished the 2018 season with 256 carries for 1,251 yards and 17 touchdowns rushing, along with 59 receptions for 580 yards and four touchdowns receiving.

However, he got injured late in the 2018 season and simply hasn’t been the same guy since. He was a non-factor in that season’s Super Bowl loss to the Patriots and in March 2019 it was reported that Gurley had arthritis in his left knee.

Last year, he finished with 857 rushing yards and 12 rushing touchdowns to go along with 31 receptions for 207 receiving yards and two receiving touchdowns. The Rams cut him on March 19. The Rams needed to decide before an additional $10.5 million of his contract became fully guaranteed. After shopping him around the league, no trade materialized, leading to the release. L.A. still owes Gurley a $7.55 million roster bonus for this season and he left a dead-money hit of $20.15 million on the salary cap.

“I would like to thank Todd for his many contributions to the Rams, on and off the field, since I have been here,” Rams coach Sean McVay said in a statement. “He has meant a lot to my growth as a coach and leader and he will always be remembered as one of the all-time great Rams. I wish him nothing but the best.”

Gurley will earn $5.5 million in salary from the Falcons this season with up to $3.5 million more in incentives. Falcons offensive coordinator Dirk Koetter said about Gurley that “the main question, that no one seems to know, is what is his health status?” He should be the clear-cut No. 1 guy since the Falcons released former Pro Bowler Devonta Freeman.

The Falcons look to give Gurley around 20 touches per game. For years, the Falcons have struggled in the red zone. Gurley can remedy that problem as he has a career 58 touchdowns.

“He has definitely put the work in this offseason in terms of training,” Coach Dan Quinn said. “You can feel the chip on his shoulder and a man definitely on a mission. It is not to manage or limit, it is the best way to feature him. I think that there are a number of ways we are going to do that.”

The Falcons are 1-point underdogs at home for Week 1 vs. Seattle.

Posted: Tuesday, July 14, 2020 9:21, EDT
Not too long ago, Todd Gurley was the highest-paid running back in NFL history and arguably one of the five best players in the entire league. However, Gurley was released this offseason by the Rams and signed with Atlanta. Here are Gurley’s odds at Mybookie to lead the NFL in rushing yards in the 2020 regular season as well as Read More
0 comments

Posted: Thursday, July 2, 2020 9:46, EDT
In his first two NFL seasons with the Falcons, safety Keanu Neal was one of the best in the league at his position. However, he has barely played the past two years due to injury. Here are Neal’s odds at Mybookie to win 2020 NFL Comeback Player of the Year as well as the Falcons’ over/under win total. Odds to Read More
0 comments

Posted: Tuesday, June 23, 2020 8:55, EDT
Not many players can say they started all four seasons in college football, but Auburn’s Marlon Davidson did on that Tigers’ defensive line and was picked in the second round of the 2020 draft by Atlanta. Here are Davidson’s odds at Mybookie to win 2020 NFL Defensive Rookie of the Year as well as the Falcons’ over/under win total. Odds Read More
0 comments

Posted: Monday, May 4, 2020 2:58, EDT
It is very tough to go from a really poor season to a big winning one over the course of a single offseason, but it can be done. Even before the draft rolled around, it was clear which teams were fully invested in making a big leap this coming season. Perhaps the most active of all teams this offseason was Read More
0 comments

Posted: Tuesday, April 28, 2020 5:08, EDT
Every single year in the NFL, each of the teams in the league sees players come and go. It’s a natural part of the business of sports, but it can certainly make things challenging for coaches and GM’s as they try to keep their teams as competitive as possible. For those who have issues with the salary cap or who Read More
0 comments

Posted: Thursday, April 23, 2020 3:29, EDT
We could all use a little jolt of excitement in the world of sports, and we should get a nice fix over the next few days, as the 2020 NFL draft is set to commence on Thursday, April 23. While it will look a little different this year, the draft will still encompass 7 rounds of picks between Thursday and Read More
0 comments

Posted: Wednesday, April 22, 2020 3:27, EDT
With the 2020 NFL Draft now just around the corner, we are beginning to hear a lot of teams talk about their specific needs, while others seem to be a little more secretive. Regardless of how open the teams are this close to the draft, we all still have a pretty clear idea of the holes that need to be Read More
0 comments

Posted: Tuesday, April 21, 2020 8:23, EDT
When it comes to the upcoming 2020 NFL season, it’s easy to list the teams that are expected to be the top Super Bowl contenders to win Super Bowl 55 next February. However, when it comes to the teams that could legitimately challenge in 2020, they clearly aren’t getting as much attention as some of their top title contending counterparts Read More
0 comments