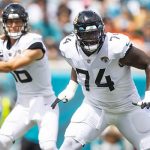 The season hasn’t started well for the Jacksonville Jaguars. When proven winner Urban Meyer was brought in to take over the Jags head coaching role, many thought that this is what Jacksonville needed. With many players voicing their displeasure with some of Meyer’s methods, things haven’t gone as planned. 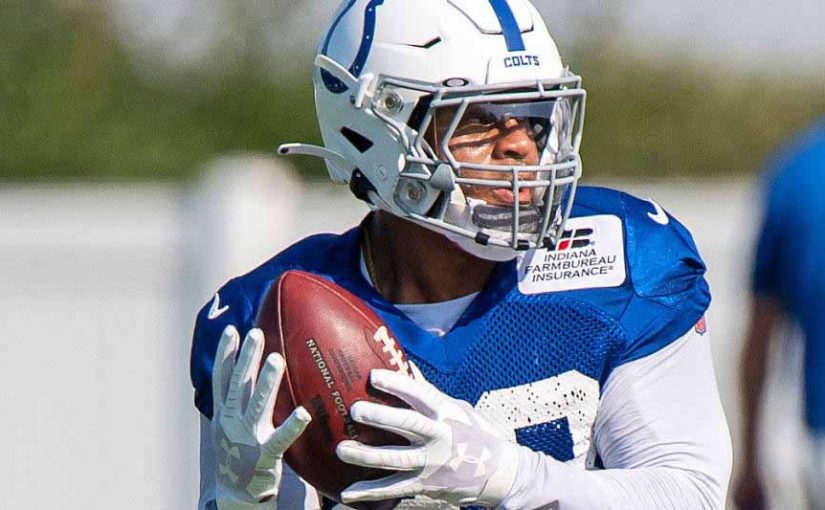 The Indianapolis Colts are one of the surprise winless teams in the NFL this season and probably will be without starting quarterback Carson Wentz on Sunday when they visit the AFC South rival Tennessee Titans, who are favored on the NFL odds.

How to Bet Colts at Titans NFL Odds & TV Info

The Titans and Colts have played 53 all-time games, including playoffs. The Colts lead the series 35-18. They have split the series in each of the past two seasons. The one in Nashville last year was a 34-17 Colts victory. Philip Rivers threw for 308 yards and a touchdown, and Nyheim Hines scored twice. Rivers is now retired. The Colts outgained Tennessee 430-294, though Derrick Henry ran for 103 yards. Indianapolis is 14-5 at Nissan Stadium.

Why Bet on Indianapolis?

The Colts (0-2) lost last week 27-24 at home to the Rams and also lost QB Carson Wentz to two sprained ankles – yes, two. Wentz completed 20-of-31 passes for 247 yards, a touchdown and an interception before exiting in the fourth quarter. Wentz also rushed 5 times for an additional 37 yards. He was on the sideline for the Colts’ final two drives.

Wentz has a low ankle sprain in his left ankle and a worse high ankle sprain in his right ankle. It’s unlikely that Wentz plays this week. Even if he does, the Colts can’t afford to give up six sacks and 21 quarterback hits the way they have the past two games. Those numbers would likely be higher if Wentz wasn’t able to avoid the rush by scrambling.

Injuries have been a significant part of Wentz’s career. He has played a full season just twice in the first five years of his NFL career. Wentz missed three weeks of training camp this year after undergoing left foot surgery on Aug. 2. Second-year Jacob Eason took the majority of the first-team snaps in Wentz’s absence and Eason likely will start this week. He completed 2-of-5 passes for 25 yards and a bad interception vs. the Rams.

The Colts have had eight possessions enter the red zone this season. Three of those eight drives haven’t resulted in points, including two against the Rams that ended inside the five-yard line.

The Colts under Reich (2018-20) have won four of the last six games against Tennessee, with a different starting quarterback in each of those three seasons.

Why Bet on Tennessee?

The Titans had a very unlikely 33-30 OT win in Seattle last week, rallying from down 14 in the fourth quarter. In overtime, Randy Bullock’s 36-yard field goal — his fourth field goal of the game in his first appearance in a Titans uniform — gave Tennessee its sixth consecutive overtime victory and its fourth (4-0) under head coach Mike Vrabel.

Henry’s 60-yard touchdown run in the fourth quarter was his seventh career touchdown run of 60 yards or longer, placing him in a tie with Ahman Green for the fifth most in NFL history behind only Adrian Peterson (15), Brown (nine), Chris Johnson (eight) and Sanders (eight). It was the 24th career 100-yard rushing game, including regular season and playoffs, in Henry’s career.

Ryan Tannehill completed 27-of-40 passes for 347 yards, no touchdowns, and no interceptions in the comeback win. He had a six-yard touchdown to Jones called back on a questionable out-of-bounds call. Tannehill has just one touchdown pass through two games.

The offense totaled 33 first downs at Seattle, tied for the second-highest amount in franchise history and the most since Nov. 10, 1991. The 532 total yards by the Titans (212 rushing, 320 passing) were their most since a franchise-record 607 total yards in an overtime win against Houston on Oct. 18, 2020.

Posted: Thursday, September 23, 2021 3:30, EDT
The Indianapolis Colts are one of the surprise winless teams in the NFL this season and probably will be without starting quarterback Carson Wentz on Sunday when they visit the AFC South rival Tennessee Titans, who are favored on the NFL odds. How to Bet Colts at Titans NFL Odds & TV Info When: Sunday, 1 PM ET Where: Nissan Read More

Posted: Wednesday, September 22, 2021 4:23, EDT
Week 3 of the NFL season is almost upon us, which means it’s time to look ahead and start making some picks for the weekend games. We are off to an okay start with our SU selections this season, going 4-2 through the opening 2 weeks, but we can certainly do better. That said, we always try to avoid taking Read More

Posted: Friday, September 17, 2021 9:28, EDT
The Los Angeles Rams were one of the most impressive NFL teams in Week 1, while the Indianapolis Colts were dominated at home. Indy looks to avoid an 0-2 start but it is a home dog Sunday on the NFL odds against Los Angeles. How to Bet Rams at Colts NFL Odds & TV Info When: Sunday, 1 PM ET Read More

Posted: Sunday, September 12, 2021 11:02, EDT
Seattle Seahawks vs Indianapolis Colts Score NFL Week 1 Result | NFL Betting Odds & Scores The Seahawks’ new offense started the season in a spectacular fashion with a 28-16 win over Indianapolis Sunday. Seattle’s offense slowed down in the second half, but a 21-point explosion in the first half proved enough to leave the 12s smiling on opening Read More

Posted: Thursday, September 9, 2021 5:16, EDT
Prior to the start of the NFL season, many of us place teams in tiers. We have a handful of teams that fall into the elite category, which tend to be those that are among the favorites to win the Super Bowl. We have potential playoff candidates behind that group, followed by dark horse teams and those that have no Read More

Posted: Tuesday, August 24, 2021 8:26, EDT
In the final preseason game for both teams, the Indianapolis Colts will play the Detroit Lions. The Colts have yet to lose a preseason game, while the Lions are winless in the exhibition season. With the regular season upon us, we’ll see a lot of starters from both teams and some fierce battles for open spots on both rosters. Let’s Read More

Posted: Friday, August 13, 2021 12:51, EDT
When the Panthers and Colts meet at Lucas Oil Stadium on Sunday, we’ll see a lot of changes among both of the teams. Both teams have changed starting quarterbacks among the numerous changes made in the offseason. The Colts are looking at making a long playoff run, while the Panthers are still rebuilding under second-year head coach Matt Rhule. Let’s Read More

Posted: Friday, August 6, 2021 10:08, EDT
A couple of weeks ago, we broke down out prediction in the AFC South. The Indianapolis Colts and Tennessee Titans both finished 11-5 last year and were essentially in a dead-heat to win it this year on the NFL odds. That’s no longer the case as the Colts have fallen back due to a couple of major injuries. NFL Analysis Read More

The Colts are getting prepared for this Thursday’s 2019 NFL Draft after holding a 2019 Mock Draft on April 22nd. The Colts have the No. 26 overall pick for this year’s draft, and they’re looking for various players that will help build their defensive line.

During the mock draft, many experts notes that the Colters were choosing players like Dexter Lawrence, D.K. Metclaf, and Ole Miss. The Colts are also showing an interest in trading for Frank Clark, the Seattle Seahawks’ defensive end. Currently, Clark is one of the top defensive ends available, and could fill a need from Indianapolis quite quickly.

Saturday, January 5 2019
No. 6 Indianapolis defeated No. 3 Houston | 21 – 7 in Houston | Indianapolis have now won 10 of the last 11 and being the lowest ranked team left in the AFC will Face off with Patrick Mahomes and the Division Winning Chiefs next Saturday.