Team to receive 2022 #1 overall pick Not including trades 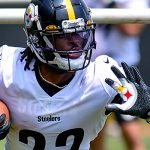 Based on 2020 records, the Pittsburgh Steelers head into 2021 with the NFL’s most difficult schedule. Last season, Pittsburgh averaged enough points to win the AFC North. Because of their schedule, though, the Steelers must pick it up this season. If they don’t, they could end up staying at home during the playoffs. Teams in the National Football League will soon head to training camps in preparation of another NFL Season. So far, information is limited on which teams have what it takes to win next year’s Super Bowl. One thing is for sure, though, from Week 1 to Week 18, NFL handicappers should find plenty of teams offering betting value. Keep reading for the three games in NFL Week 1 providing the most value. We analyze each game and hand out a pre-training camp pick so you can get ready to bet against their NFL odds.

The Buccaneers start defense of their Super Bowl victory against a team that didn’t even make the playoffs. But we shouldn’t discount the Dallas Cowboys chances to not only cover this enormous spread, but to also upset Tampa straight up.

For starters, Tampa’s offense may require a week or so to get on track. Tom Brady, Mike Evans, and Leonard Fournette return. But the Bucs weren’t super sharp early in the year last season.

Also, Dallas used their first six draft picks, all within the first four rounds, on defense. There’s no way the Cowboys’ D is as bad in 2021 as it was in 2020.

Cowboys’ quarterback Dak Prescott should be one-hundred percent. Dak has a ton of talent surrounding him. Dallas should play great and deserve the nod to win against the spread. If you’re not risk averse, consider backing the Boys on the moneyline.

Neither Houston nor Jacksonville should field a winning squad. It makes no sense, though, why Jacksonville is a -3 chalk on the road against the Texans. Houston will bad. Jacksonville could be worse.

Oddsmakers have read too much into the Jaguars’ changes. Sure, Urban Meyer was a great college coach. When was the last time a college coach had big time success in the NFL?

Again, Houston will be a terrible team. But as long as Deshaun Watson or Tyrod Taylor plays quarterback, the Texans should be better than the Jacksonville Jaguars. Not only that, but the Texans are loaded with veteran players and head coach David Culley has 27 years of NFL experience.

Kansas City offers a touchdown on the spread due to reputation, not because of anything they did during the offseason. KC rebuilt their entire offensive line, which could yield benefits. Or it could be a disaster.

Starting left tackle Orlando Brown Jr. played right tackle with the Baltimore Ravens. There’s no telling if Brown Jr. will have as much success on the right side. Even if Brown develops into a lockdown LT, how much more will the O-line add to KC’s already explosive offense?

The Chiefs’ defense didn’t seem to improve that much. In regards to this game, the Browns field the best offensive line in the league, has a quarterback in Baker Mayfield who could take the next step, and should field an improved defense.

There’s a chance Cleveland controls the clock, which means the Browns should have a shot to win this in the fourth quarter. Consider backing the Browns on the moneyline as well as against the spread.

The Jaguars are less than a week away from the largest event of the NFL offseason. The Jags have a newly signed quarterback Nick Foles, and are eager to gain new additions to their roster.

In recent press events, the Jaguars have announced that they will be selecting the best available pick, however, this doesn’t happen often. Currently, the Jags are needing to fill a position, rather than just pick a BAP. The Jaguars need to solidify their tight end if they wants hopes of a better than average season. If Jacksonville continues their best available pick philosophy, things might take a turn for the worst this season.