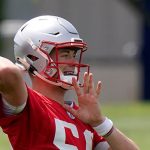 The top four quarterbacks chosen in April’s draft are the favorites to win NFL Offensive Rookie of the Year. Jacksonville Jaguars quarterback Trevor Lawrence is the outright chalk while both Trey Lance and Justin Fields are second and third choice. Mac Jones, the fourth signal-caller taken in Round 1, is the fifth choice on the board. The National Football League is a 24-hours, 7-days a week league, which is why it’s no surprise fans are already thinking about which teams look best to win the 2022 Super Bowl. The preseason favorite to take the Vince Lombardi Trophy, 2019 winner Kansas City, has made strides to improve their team. Check out a deep dive into the Chiefs’ schedule along with information on why, at least heading into training camps in July, the Chiefs are the team to beat. Let’s get right to it so you can plan your bets against their NFL odds.

2021 NFL Season: Does Kansas City Deserve to be the Lombardi Trophy Chalk?

Where does the Kansas City Chiefs’ schedule land in terms of difficulty?

Kansas City’s strength of schedule is much different than Tampa Bay’s, their 2021 Super Bowl opponent. KC must play the eleventh most difficult schedule in the NFL.

Tampa Bay must play the twenty-ninth most difficult schedule. It means in theory, Patrick Mahomes and the Chiefs have a more difficult road to grabbing a playoff spot and winning their conference than Tom Brady and the Tampa Bay Buccaneers.

What are some of the key games on the Chiefs’ schedule?

Kansas City’s schedule is loaded with key games outside of their 6 gridiron battles among AFC West opponents the Las Vegas Raiders, the Denver Broncos, and the Los Angeles Chargers.

The Chiefs must start fast. In Week 2, they take on Lamar Jackson and the Baltimore Ravens. KC hosts AFC Championship opponent Buffalo in Week 5.

The Dallas Cowboys, Washington Football Team, Tennessee Titans, Green Bay Packers, and Pittsburgh Steelers are on the schedule. If KC is to win this season’s Super Bowl, Mahomes and the Chiefs must earn it.

What are the two most important keys for a Kansas City Chiefs’ Super Bowl victory?

The most important key for KC is how the offensive line plays. Kansas City parted with both starting tackles after last season.

The Chiefs traded for Baltimore starting right tackle Orlando Brown. The former Oklahoma Sooner wants to play left tackle. He’s more comfortable on the left side and, like most offensive lineman know, NFL teams pay the highest-dollar for left tackles.

But Brown isn’t the only new face along the O-line. Center Austin Blythe played for the Rams. Guard Joe Thuney played with the Patriots. Those three projected starters must gel with Laurent Duvernay-Tardif and Mike Remmers.

Are the current Super Bowl odds on Kansas City fair or unfair?

At +500, the Kansas City Chiefs are an underlay. KC offers lower odds than the Tampa Bay Buccaneers. But Terrific Tom’s squad has the much easier schedule.

If the Chiefs’ offensive line gels, Patrick Mahomes and KC should have no trouble winning the AFC West. But then, things could get tough in the playoffs. Buffalo is a legit Super Bowl contender.

The Browns and Dolphins should be very good while the Los Angeles Chargers in KC’s division has the makings of a surprise team. At the current odds, we must tread carefully before backing KC to win it all.

Despite winning it all last season, Kansas City will enter the 2020 campaign tied for just the 18th toughest schedule (.500) in the league. The AFC West plays non-division games against the AFC East and NFC South this season and that means the Chiefs will face a trio of teams in those divisions that reached the playoffs last season (New England, Buffalo, New Orleans). With that thought in mind, let’s find out what lies ahead for the explosive Super Bowl champions in each and every game on their 2020 docket.

Unlike many Super Bowl champions in recent history, the Kansas City Chiefs (12-4 SU, 10-5-1 ATS) will have one of the best chances to repeat as league champs when the 2020 NFL regular season gets underway, with or without live fans in attendance. You see, one year after winning a dozen games en route to their first Super Bowl title of the Patrick Mahomes and Andy Reid era, Kansas City not only looks poised to challenge for this coming season’s Super Bowl, but for years to come!

The Chiefs seem to be on a mission for the Super Bowl this year. The Kansas GM, Brett Veach has a unique look into the NFL Draft and the players he signs on. He’s been in this position for nearly two years and has made some unmistakably bold moves that could very well lead his team to the Super Bowl in 2020.

Kansas has now acquired Frank Clark and Chris Jones, a smart move for the Chiefs. However, in order to find balance with the cost of Clark, Jones, and Mahomes, they must find value and players at a cost-controlled rate. This is a pivotal Draft for young Brett Veach, the real question is, can he and the Kansas City Chiefs continue to grow the depth in their team, which keeping it cost-efficient?

No. 6 Indianapolis eliminated by No. 1 Kansas City | 13 – 31 in Kansas City | MVP front runner Patrick Mahomes and the Chiefs end Indianapolis lucky run and head off to the NFC Championship game next week at Arrow Head Stadium for the first time ever.