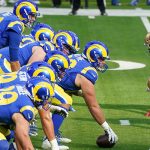 The NFL season is still a few months away, but now is a great time to begin prep for 2021. The NFL schedule is released, 2021 odds for Super Bowl winners and division winners are now up for bettors, and training camp is right around the corner.Today we'll take a look at the Los Angeles Rams schedule, NFL odds, and more for the 2021 season. Heading into this season, more questions surround the Pittsburgh Steelers than any other NFL franchise. Veteran quarterback Ben Roethlisberger is almost 40, the Steelers must contend with a vastly improved Cleveland Browns squad in their division, and last season the defense appeared to take a backward step. Check out an analysis of the Pittsburgh Steelers’ schedule and their odds to win the Super Bowl so you can plan your bets against their NFL odds.

Where does the Pittsburgh Steelers’ schedule land in terms of difficulty?

The Steelers have the most difficult schedule in the NFL. Pittsburgh’s 2021 opponents had a 2020 combined winning percentage of .574.

Pittsburgh must play the Cleveland Browns and Baltimore Ravens twice. Both the Ravens and Browns made the playoffs last season.

The out of division schedule is as brutal as it gets. The Steelers open against the Buffalo Bills. They must also play the Green Bay Packers, Seattle Seahawks, Kansas City Chiefs, and Tennessee Titans.

What are some of the key games on the Steelers’ schedule?

Like with every team in the NFL, division and conference games are always key. Check out 9 games the Steelers should target if they hope to finish 9-8 this season.

Pittsburgh’s best chance is to win 8-of-9 home games. The Steelers can’t expect to beat the Bills, Chiefs, Packers, Browns, Chargers, Vikings, and Ravens on the road.

What are the two most important keys for a Pittsburgh Steelers’ Super Bowl victory?

Improving the rushing attack is critical. Last season, Pittsburgh ranked dead last in rushing yards per. The Steelers averaged less than 85 yards per game on the ground.

To fix the problem, Pittsburgh drafted Alabama running back Najee Harris first. Harris is a great RB but in the NFL, your success rushing the football depends on your offensive line.

Pittsburgh’s offensive line is designed to protect Ben Roethlisberger. Last season, opponents pressured Roethlisberger on 21% of his drop back passes, ranking first in the league.

The Steelers’ run-blocking ranked 31st in the NFL. So drafting Harris may not turn out to help Pitt solve their rushing attack situation.

The second biggest problem is navigating the schedule. In the first 6 weeks before their bye, the Steelers are on the road twice. After the bye, Pittsburgh travels in 6-of-11 games.

Head coach Mike Tomlin can’t possibly expect his aging team to stand up to 11 straight weeks of football with 6 of those 11 weeks being on the road. Even a team made up of 25 year olds will have trouble playing at a high-level with a schedule like that.

Something will give unless Tomlin and the coaching staff comes up with a way to rest Big Ben and other older veterans.

Are the current Super Bowl odds on Pittsburgh fair or unfair?

Those who believe Pittsburgh can win the Super Bowl should ask for at least +4000. Ben Roethlisberger is an aging signal-caller.

Also, the Browns have talent to win Super Bowl 56, the Ravens remain a serious contender for the AFC North, and the Cincinnati Bengals could win 7 to 8 games this season.

Finally, save for facing the Detroit Lions on Nov. 14, there isn’t a put it in the bank game on the schedule. Where are the Jacksonville Jaguars? How come Pittsburgh doesn’t get to play the Jets or the Eagles, or the Texans?

With that being written, Mike Tomlin is a genius coach. So if anyone could navigate the schedule, it’s Tomlin. But +3000 odds make the Steelers an underlay. So wait for at least +4000 before backing Steel Town to lift the Lombardi Trophy.

We are now just a matter of days away from the start of the season, which means that now might well be the best time to get in on the future bets in the NFL. Once teams start to pick up wins, you are going to see their odds shorten across the board, so now is when you are likely to get the best odds. We are going to look at all the teams in the league and talk about their chances of winning the division, conference, and Super Bowl, as well as looking at their win total for the year. The Steelers storied history in the league means that they are very often held to a higher standard than most of the other teams in the NFL. An 8-8 season last year was a low point for them, although there were very valid reasons why they slumped to a .500 season. There may be hell to pay in Pittsburgh if they miss the playoffs for the 3rd straight season.