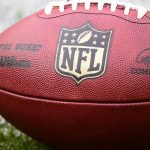 Will Patrick Mahomes beat Lamar Jackson again? Should the two-time defending AFC Champion Kansas City Chiefs be on guard when they host Josh Allen and the blossoming Buffalo Bills in a matchup that looks like a shootout just waiting to happen?Is Carson Wentz coming to play in his first season with the Indianapolis Colts? Last but not least, who's coming out on top when the Pittsburgh Steelers host the Cleveland Browns in their AFC North division showdown in Week 18?The 2021 NFL regular season may still be a few months off, but it's never too soon to start surveying the landscape of any brand new season.

Posted: Thursday, May 13, 2021 6:36, EDT
On May 12, the National Football League came out with their full 18 week and 17-game schedule. This season, the NFL has decided to add an extra game, which is why Super Bowl 56 happens on February 13 instead of the first Sunday in February. Super Bowl LVI odds are out. Keep reading for a schedule assessment that, hopefully, will Read More

Posted: Tuesday, February 16, 2021 3:40, EST
While fans in Tampa Bay are probably still a little woozy from celebrating the Buccaneers winning Super Bowl 55, the rest of us are still trying to wrap our heads around Tom Brady winning his 7th championship. As we contemplate the offseason, which will include the draft and veteran players changing addresses, very few of us are probably giving Super Read More

Posted: Thursday, February 11, 2021 1:23, EST
On Sunday, February 7, the Tampa Bay Buccaneers beat the Kansas City Chiefs to take the Vince Lombardi Trophy. Before the shine’s hardware had worn off, oddsmakers had already set 2022 Super Bowl odds. Check out a Super Bowl LV recap and a look at early Super Bowl LVI odds so you can get ready to make your bets against Read More

Posted: Monday, February 8, 2021 4:18, EST
Super Bowl 55 was one of the most hyped championship games we have seen in quite some time, and for pretty good reason. After all, we had the GOAT going against the young QB who might one day assume the mantle of greatest ever to play to the position. It was an intriguing matchup to be sure, not to mention Read More

Posted: Monday, February 8, 2021 3:38, EST
It is fair to say that most of us are still a little shocked at what we witnessed in the Super Bowl on Sunday night. A game that a lot of people thought would go down to the wire ended up essentially being done at half-time, with Tom Brady and the Tampa Bay Buccaneers rolling to a comfortable 31-9 win. Read More