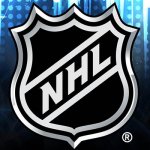 While the 2020 NHL Stanley Cup Finals are all tied up at 1-1 and offering a ton of betting value in the MyBookie NHL sportsbook heading into this week’s Game 3 matchup, the rumors surrounding almost every team in the league are heating up in a big way. This fun-filled look at some of those rumors will both, inform and entertain NHL fans and betting enthusiasts everywhere. 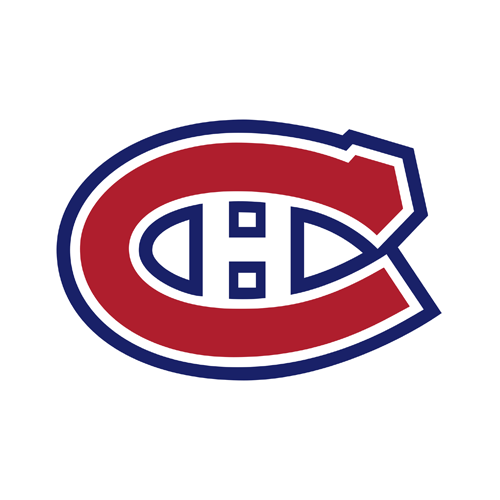 With the 2020 NHL season getting back underway with its restart season on Saturday, it’s time to find out which teams are in action and which matchups look like they are offering the best betting value against their NHL odds. To that end, I’ve got three of Saturday’s five matchups squarely in the betting bullseye.

When we last saw Chicago, the Blackhawks won five of their last seven and snapped a two-game skid by beating San Jose 6-2 the last time they took to the ice. The Blackhawks rank 18th in scoring (3.0 gpg) and 16th in goals allowed (3.1 gpg) while hitting the hiatus by going 6-4 over their last 10 games. Edmonton dropped their last two games before the break including a 4-2 loss against Winnipeg.

The Oilers rank an identical 15th in scoring (3.1 gpg) and goals allowed (3.0 gpg) while going 5-3-2 over their last 10 games before the break. Despite the fact that these two rivals look almost evenly matched, Edmonton has been the more consistent team all season long and they’ll have the best player in this series in 2017 league MVP Connor McDavid. Yes, the Blackhawks are 15-7 in the last 22 meetings, but the favorite is 5-2 in the last 7 meetings. I’m going with Edmonton to get it done in this one!

The Panthers won their final two games before the hiatus including a 2-1 win over the defending champion Blues. Prior to that, Florida dropped six of seven while going 4-4-2 over their last 10. The Panthers rank a stellar sixth in scoring (3.3 gpg), but have been awful defensively in allowing 3.2 goals per contest (29th). The Islanders hit the break having lost seven straight games including a narrow 5-4 loss at Vancouver. The Isles went 2-9 over their last 11 games and come into this affair ranked an uninspiring 22nd in scoring (2.8 gpg), but rock-solid ninth in goals allowed (2.8 gpg).

While New York is favored in this pairing, I’m not quite sure why and I just don’t have a whole lot of faith in the Islanders seeing how poorly they played before the break. I know Florida has gone 0-4 in the last 4 meetings while the favorite in this rivalry has gone a near-perfect is 5-1 in the last 6 meetings, but I like Florida’s more potent offense and I like the Panthers to get their restart campaign off with a win.

While the Pens hit the break playing some poor hockey, they’ve had plenty of time to regroup and now look like an easy pick to take down a Montreal team that struggles to score and is mediocre at best defensively. Pittsburgh has won two straight and eight of the last 11 meetings in this rivalry. Simply put, Pittsburgh’s explosive offense will be too much for Montreal to handle in this affair.

Posted: Friday, July 31, 2020 2:20, EDT
With the 2020 NHL season getting back underway with its restart season on Saturday, it’s time to find out which teams are in action and which matchups look like they are offering the best betting value against their NHL odds. To that end, I’ve got three of Saturday’s five matchups squarely in the betting bullseye. NHL Odds & Picks – Read More
0 comments

Posted: Tuesday, July 28, 2020 2:32, EDT
With the NHL set to get its restart tournament underway this coming Saturday, August 1, it’s time to find out which teams are on the ice tonight and which teams are offering the best value in their respective matchups. Philadelphia will square off against longtime rival Pittsburgh in a meeting of two of the title hopefuls in the Eastern Conference Read More
0 comments

Posted: Tuesday, March 10, 2020 11:20, EDT
Both the Nashville Predators and Montreal Canadiens desperately need two points when they meet on Tuesday as both are battling for a playoff spot. The Preds are much more likely to make it than the Habs are. Let’s see how the NHL odds will be for the Predators vs Canadiens. Predators vs Canadiens 2020 NHL Game Preview & Betting Odds Read More
0 comments

Posted: Thursday, March 5, 2020 8:23, EST
On Thursday, the Montreal Canadiens head to Tampa Bay hoping to cool off the scorching Lightning. Unless Tampa implodes, the Lightning has secured a spot in the postseason. That’s not true for Montreal. The Canadiens can’t afford a single loss. Will Montreal step it up on the road against Tampa? Or, will the Lightning get past the Canadiens? Check out Read More
0 comments

Posted: Tuesday, March 3, 2020 9:32, EST
The Montreal Canadiens’ playoff hopes are on life support and could be all but extinguished on Tuesday when they are Mybookie NHL betting underdogs at the Wild-Card leading New York Islanders. Let’s see how the NHL odds will be for the Canadiens vs Islanders. Canadiens vs Islanders NHL Hockey Odds & TV Info When: Tuesday, 7 PM ET Where: Barclays Read More
0 comments

Posted: Thursday, February 27, 2020 2:15, EST
Every team comes into the new NHL season with a certain level of pressure on their shoulders, but there are certainly some teams who have more pressure than others. The bookies favorites to win the Stanley Cup would be in that group, as would the teams that make up the Original Six. Even in cities where there is now a Read More
0 comments

Posted: Friday, February 14, 2020 12:53, EST
Sidney Crosby and the Pittsburgh Penguins will look to take care of business at home when they host the desperate Montreal Canadiens in a matchup of longtime Eastern Conference rivals on Friday night. Now, with both teams looking to bounce back from losses the last time out, let’s find out which team is offering the best value against their NHL Read More
0 comments

Posted: Wednesday, February 12, 2020 10:43, EST
David Pastrňák and the Boston Bruins will look to take care of business at home in order to get past the Montreal Canadiens when the two longtime Eastern Conference rivals square off in their mid-week matchup on Wednesday night. Now, with both teams looking to get back in the win column after having their respective winning streaks snapped the last Read More
0 comments