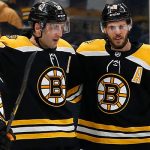 Despite finishing with the best regular season record in all of hockey last season, the Boston Bruins came up well short of their Stanley Cup championship hopes. At the other end of the spectrum, the New Jersey Devils finished with the third fewest wins in the entire NHL. Now, with both clubs looking to get their 2021 campaigns off to positive starts when they meet on Thursday night, let's find out which team is offering the best betting value against their NHL odds in this matchup of Eastern Conference foes. 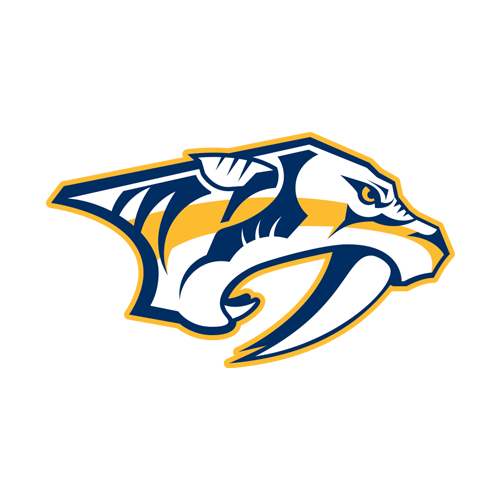 With the final night of NHL scrimmage action going down on Thursday night – and the restart campaign kicking off in two days on Saturday, August 1, it’s time to take a look at the three final games of the league’s COVID-19-fueled ‘second’ preseason. With three of the top nine Stanley Cup favorites in action (Boston, Vegas, Dallas) let’s find out who’s looking good on Thursday night so you can wager on against their NHL odds.

The Stars rank second in goals allowed (2.52 gpg), but they struggle offensively in putting up a paltry 2.6 goals per game (26th). Nashville ranks 16t in scoring (3.1 gpg) and 20th on goals allowed by giving up an identical 3.1 goals per contest defensively. Not only did Dallas lose six straight before the break, but the Stars have dropped two straight against the Predators after winning the first two regular season meetings this season. Nashville won three straight and six of their last nine before the break, giving the Predators the look of a team that is locked in and ready to challenge the best in the west as we get set for the restart. The Under is 3-1-1 in the last five meetings, but I’m expecting to see five goals put on the board in this clash of Western Conference title hopefuls.

Boston had more victories at the break than any other team in hockey while Columbus was motoring along at four games under .500 for the season (33-37-5). More importantly, the Bruins are elite at both ends of the ice in ranking first in fewest goals allowed (2.39 gpg) and an impressive ninth in scoring (3.2 gpg). Conversely, the Blue Jackets rank an awful 28th in scoring (2.6 gpg) despite ranking an encouraging fourth in goals allowed (2.6 gpg). While Columbus has won two straight in this rivalry, they also lost six of the previous eight meetings against Boston. Columbus went an uninspiring 3-4-3 in their last  games before the hiatus while Boston had won seven of their last 10 and a blistering 16 of their last 20 games overall. With the Under going 7-1 in the last eight meetings between these two, I say Boston gets it done in a low-scoring affair.

Vegas hit the break as one of the hottest teams in all of hockey, having won eight of 10 and 14 of their last 19 games overall. The Knights have been identically solid at both ends of the ice in ranking 13th in scoring (3.2 gpg) and goals allowed (2.9 gpg). While Arizona has a phenomenal defense that ranks third in goals allowed (2.6 gpg), the Coyotes are also offensively challenged as they put up just 2.7 goals per game to rank 23rd in scoring. The Knights have won two straight and seven of the last 10 meetings in this series and their pair of goaltenders Robin Lehner and veteran Marc Andre-Fleury have both been outstanding this season. Vegas get the win to hit the restart with some confidence.

Posted: Thursday, July 30, 2020 10:45, EDT
With the final night of NHL scrimmage action going down on Thursday night – and the restart campaign kicking off in two days on Saturday, August 1, it’s time to take a look at the three final games of the league’s COVID-19-fueled ‘second’ preseason. With three of the top nine Stanley Cup favorites in action (Boston, Vegas, Dallas) let’s find Read More
0 comments

Posted: Monday, March 30, 2020 8:12, EDT
Even in the worst of times, which is what we are experiencing right now with the current COVID-19 situation, hopes finds a way to spring eternal. For sports fans, the hope is that games will return sooner rather than later. Fans of all sports have been negatively impacted, but you would probably have to say that things are a little Read More
0 comments

Posted: Monday, March 30, 2020 8:11, EDT
Of all the major leagues in the US and Canada, it appears as though the NHL is the most active in terms of keeping fans up to date with what is going on. They recently released a very solid Q&A about the current situation and are actively talking about when things might start up again. What is not clear at Read More
0 comments

Posted: Thursday, March 12, 2020 1:18, EDT
By the time this weekend comes to a close in the NHL, most teams in the league will see their schedule down to the final 10 games or so. That is not a lot of time to make a move, especially for those who are still on the wrong side of the playoff line in their respective conferences. Over the Read More
0 comments

Posted: Tuesday, March 10, 2020 11:20, EDT
Both the Nashville Predators and Montreal Canadiens desperately need two points when they meet on Tuesday as both are battling for a playoff spot. The Preds are much more likely to make it than the Habs are. Let’s see how the NHL odds will be for the Predators vs Canadiens. Predators vs Canadiens 2020 NHL Game Preview & Betting Odds Read More
0 comments

Posted: Thursday, March 5, 2020 8:42, EST
On Thursday, March 5, Dallas takes on Nashville in a key playoff implication battle. The Stars are in a good position for a playoff bid. Nashville has a ton of ground to make up. Will the home town Predators manage a win against one of the best defensive teams in NHL? Or, will the Stars come up with the victory? Read More
0 comments

Posted: Monday, March 2, 2020 11:51, EST
If you take a look at the current NHL standings, you get a very clear idea of the level of parity that currently exists in the league. The Boston Bruins have a 7-point lead at the top of the Atlantic Division and are well on pace to win the President’s Trophy this season. After them, though, things get pretty darned Read More
0 comments

Posted: Tuesday, February 18, 2020 8:54, EST
It’s two teams fighting for playoff spots meeting on Tuesday night from Music City as the Carolina Hurricanes make their only visit of the season to the Nashville Predators, who are slight favorites on the Mybookie NHL odds. Let’s see how the NHL betting odds will be for the Hurricanes vs Predators. Hurricanes vs Predators 2020 NHL Betting Lines & Read More
0 comments

Posted: Tuesday, February 4, 2020 8:59, EST
The Nashville Predators and Winnipeg Jets would both miss the Stanley Cup playoffs as thing stand but both aren’t that far out of a wild-card spot, either. The Central Division rivals face off in Winnipeg on Tuesday with the Preds favored on the NHL betting odds. How to Bet Predators at Jets NHL Hockey Odds & TV Info When: Tuesday, Read More
0 comments

Sports in the State of Tennessee