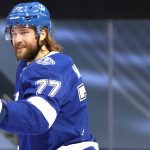 The New York Islanders were big underdogs in Game 1 of their Stanley Cup playoffs semifinal series against the Tampa Bay Lightning, but the Isles pulled off the 2-1 upset. Oddsmakers have the Lightning as heavy home favorites on the NHL odds again for Game 2 on Tuesday.How to Bet Islanders at Lightning NHL Odds & TV Info When: Tuesday, 8 PM ET Where: Amalie Arena, Tampa TV: NBC Sports Network Stream: NBC Sports Live app; Peacock Radio:com NHL Odds: Lightning -190, Islanders +170 (total 5)Why Bet on New York Islanders? | NHL Betting AnalysisRed-hot Islanders center found the back of the net in the 2-1 win against Tampa Bay on Sunday in Game 1 of the Stanley Cup Semifinals. 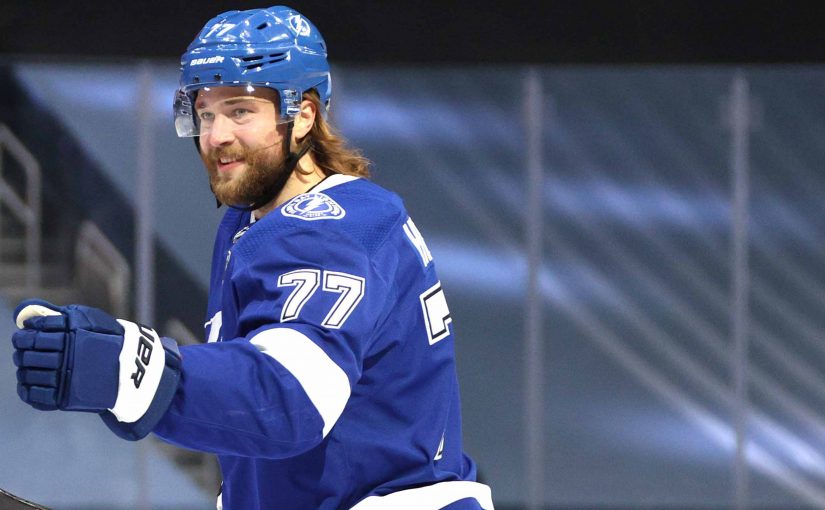 The New York Islanders were big underdogs in Game 1 of their Stanley Cup playoffs semifinal series against the Tampa Bay Lightning, but the Isles pulled off the 2-1 upset. Oddsmakers have the Lightning as heavy home favorites on the NHL odds again for Game 2 on Tuesday.

How to Bet Islanders at Lightning NHL Odds & TV Info

Red-hot Islanders center found the back of the net in the 2-1 win against Tampa Bay on Sunday in Game 1 of the Stanley Cup Semifinals.  Barzal opened the scoring at the 12:32 mark of the second period after he was sprung for a partial breakaway by Josh Bailey. He has scored all four of his goals this postseason in the past five games. Barzal has been held off the scoresheet once in the last six games, while adding three assists during that span along with the goals. He posted three shots and one hit across 15:02 of ice time in Game 1.

Defenseman Ryan Pulock had the other goal, giving his team a 2-0 lead at the 5:36 mark of the third period. Pulock has four goals this postseason, including two in his past two matches, and three have been game winners. He finished the match with three shots, three hits and one block in 21:33 of ice time.

Pulock, whose four goals in the playoffs are the most by an Islanders defenseman since Ken Morrow (5) and Denis Potvin (8) in 1983, recorded New York’s sixth goal by a blueliner this postseason – tied with Vegas and Carolina for the most among all teams. Pulock’s three game-winners are the most among defensemen in the postseason and are tied with Vegas’ Max Pacioretty for the NHL lead.

Semyon Varlamov turned aside 30 of 31 shots Sunday. The Russian was 53 seconds away from a shutout when Tampa Bay’s Brayden Point scored an extra-attacker goal from in tight to cut New York’s lead to 2-1. It was the fourth straight victory for the veteran netminder, who boasts a .930 save percentage during the postseason and has turned in just one sub-.900 performance in eight starts. Varlamov has allowed one or fewer goals in two of his last four outings and joined rookie teammate Ilya Sorokin as the second Islanders goaltender to record a four-game win streak this postseason.

Sunday was the Islanders’ fifth victory of the postseason by a one-goal margin, tied with Montreal for the most among all teams. The only playoff years in which the franchise had more such victories are 1980 (6) and 1993 (6).

Wingers Michael Dal Colle and Oliver Wahstrom missed Game 1 with injuries. Wahlstrom hasn’t played since May 24, but his participation in warmups suggests Wahlstrom has progressed in his recovery. Dal Colle has simply fallen out of the lineup.

The Lightning looked disjointed in Game 1. Their passes didn’t connect. They weren’t on the same page offensively. Tampa Bay had seven giveaways in the game, including one by Steven Stamkos that led to Mathew Barzal’s opening goal in the second period. The Islanders, by contrast, had only one giveaway. They played with a high compete level, defended tightly, limited mistakes, took away the Lightning’s time and space, and generated scoring chances off turnovers.

“Our work ethic was there. Our compete [level] was there. Our minds weren’t there,” said Lightning coach Jon Cooper, whose team lost 2-1. “Some of our decisions were poor. That’s what happens when you get this deep into the playoffs. You have to have everything working in unison and we just weren’t there.”

Brayden Point scored the lone goal. Point’s league-leading ninth goal of the 2021 Stanley Cup playoffs came in the final minute of the third period during a Tampa Bay power play. However, it was too little too late for the Lightning, as the Islanders took a 1-0 lead in the best-of-seven series. The Lightning avoided being shutout in the postseason for the first time since Game 7 of the 2018 Eastern Conference Final versus Washington.

Andrei Vasilevskiy stopped 29 of 31 shots. Vasilevskiy was superb in the first period when he turned aside all 14 shots he faced. The loss dropped Vasilevskiy’s playoff record to 8-3-0, but he still owns a 2.24 GAA and .934 save percentage heading into Game 2 on Tuesday.

Tampa Bay has plenty of prior experience to draw from in falling down 1-0 in a series, including during last season’s run to the Stanley Cup when they dropped the opening game of both the second round series versus Boston and the Cup Final against Dallas before rallying to string together multiple consecutive wins and take hold of each.