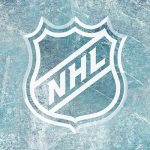 The coronavirus pandemic is playing havoc on the National Hockey League’s plans to start the season on January 1. Before issues arose, NHL had said they wanted to start on Dec. 1. That’s no longer an option. Now, because of rising cases, January 1 might pose an issue as well. Check out the latest rumors and news in the National Hockey League so you can get all set to make your bets against their NHL odds for the upcoming season. 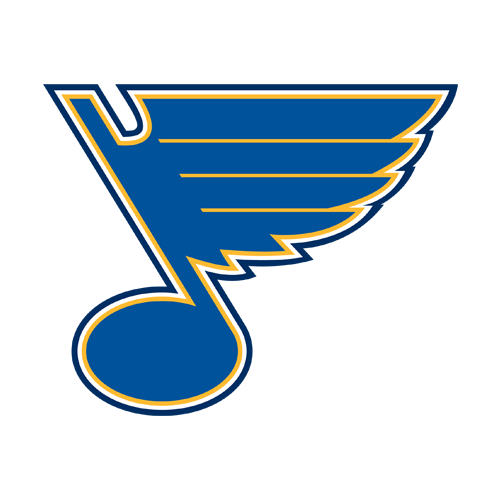 With the 2020 NHL playoffs getting underway on Tuesday night, now is a perfect time to identify the handful of teams – and the possible NHL Finals matchups – that could very well take place this postseason. To that end, I’ve highlighted six teams and three possible finals matchups, that could all take place when the 2020 Stanley Cup Finals get underway. With this year’s final series set to begin n Sept. 22 and be completed no later than Oct. 4, let’s find out what my top three possible Stanley Cup Finals matchups are so you can start planning ahead your bets against their NHL odds.

Boston won the President’s Trophy for the most victories in all of hockey, but you’d never know it since the Bruins dropped all three of their restart games including a narrow 2-1 loss against Washington on Sunday. Boston has not scored over two goals in their last three games, but I still believe the Bruins have a decent shot to reach the Stanley Cup Finals.

Boston ranks a solid ninth in scoring (3.2 gpg), but it is their league-leading defense (2.4 gpg) that will lead the way if they do make an extended playoff run. Right-winger David Pastrnak tied Washington’s Alex Ovechkin for the league lead in goals scored (48) while veteran left-winger Brad Marchand has scored 28 goals and dished out 59 assists. Center Patrice Bergeron finished second in goals scored (31) and six Bruins in all have reached double figures in goals scored. Veteran goalie Tuukka Rask has had a fine season by recording a 2.12 goals-against- average.

The defending Stanley Cup champion St. Louis Blues tied for the most wins in the western conference, but they struggled mightily in their three restart games by going 0-2-1 while suffering losses to Colorado, Vegas and Dallas. Still, St. Louis ranks 14th in scoring (3.1 gpg) and a stellar fifth in goals allowed (2.7 gpg).

Center Ryan O’Reilly put up a team-high 61 points while dishing out 49 assists. Left-winger David Perron tied with fellow left-winger Jaden Schwartz for a team-high 35 goals while center Brayden Schenn and center Robert Thomas both added an impressive 33 goals. Five players have put 52 points or more on the board and a whopping 11 players have reached double figures in goals scored.

Tampa Bay beat Washington and Boston in their first two games of the restart campaign, but the Lightning got completely humbled by red-hot Philadelphia in their 4-1 loss on Saturday. No matter…the prohibitive Stanley Cup favorites have the league’s top-ranked offense by putting up a stupendous 3.5 goals per game while also ranking an encouraging eighth in goals allowed (2.8 gpg).

In addition to that, the Lightning will have star center Steven Stamkos back on the ice after he sat out the entire round robin. Stamkos finished second in points with 29 goals and 37 assists. Superstar right-winger Nikita Kucherov recorded a team-high 85 points while finding the back of the net 33 times while aa players in total have reached double figures in goals scored.

As far as Colorado is concerned, the Avalanche look like they’re going to be difficult to dispatch as they rank a stellar fourth in scoring (3.4 gpg) while also ranking sixth in goals allowed (2.7 gpg). Colorado went 2-0-1 in the round-robin and center Nathan MacKinnon posted a team-high 35 goals and 58 assists while defenseman Cale Makar put 50 points on the board. 11 players have reached double figures in goals scored. Last but not least, the Avs have one of the best goalie tandems in all of hockey in Philipp Grubauer and Pavel Francouz.

The Flyers were the hottest team in the NHL at the hiatus and tied Vegas for the best record in all of hockey since Jan. 8. Philadelphia won all three of their restart games by taking out Tampa Bay, Washington and Boston while limiting all three of their conference rivals to a single goal. Philly has gone a blistering 18-6 over their last 24 games and ranks an identical seventh in scoring (3.3 gpg) and goals allowed (2.8 gpg).

Right-winger Travis Konecny has scored a team-high 61 points while center Sean Couturier has added 59 points. Right-winger Jakub Voracek put 56 points on the board, including a team-high 44 assists while fellow right-winger Claude Giroux has put 53 points on the board. 10 players in total have reached double figures in goals scored and right now, the Flyers look like the best team in the Eastern Conference at the very least. Oh…and then there’s the fact that 21-year-old goalie Carter Hart is displaying all of the skills that have made him one of the league’s top rising young stars.

When it comes to Vegas, the Golden Knights are also absolutely on fire, having won five straight and a blistering 14 of their last 16 games overall. Vegas took out Dallas, St. Louis and Colorado in their three restart games while scoring at least four goals in every contest and 15 goals in total. The Knights rank an identical 13th in scoring (3.2gpg) and goals allowed (2.9 gpg) while watching nine players reach double figures in goals scored.

Left-winger Max Pacioretty is healthy and ready to roll for the Golden Knights after missing the round robin due to injury. He scored a team-high 32 goals and team-high 66 points while right-winger Mark Stone has put 63 points on the board. Right-winger Reilly Smith finished second in goals score (27) wadding an identical 27 assists. The Knights have put a whopping 23 goals in the back of the net over their last five games. Philadelphia versus Vegas is my top pairing to reach the Stanley Cup Finals and make no mistake about it, the way both of these clubs are playing, it could easily happen.

Posted: Tuesday, August 11, 2020 7:49, EDT
With the 2020 NHL playoffs getting underway on Tuesday night, now is a perfect time to identify the handful of teams – and the possible NHL Finals matchups – that could very well take place this postseason. To that end, I’ve highlighted six teams and three possible finals matchups, that could all take place when the 2020 Stanley Cup Finals Read More
0 comments

Posted: Thursday, August 6, 2020 5:23, EDT
Okay MyBookie ice hockey betting faithful, with five big matchups going down on Thursday night, it’s time to find out where the best betting value lies in tonight’s slate of NHL action. To that end, I’ve got a trio of matchups in the bullseye and all three are offering plenty of value for their own specific reasons. Now, let’s get Read More
0 comments

Posted: Tuesday, March 31, 2020 10:31, EDT
The St. Louis Blues won the first Stanley Cup in franchise history last season in a major surprise. Are the Blues good enough to do it again this year? That’s assuming there even are Stanley Cup playoffs. Let’s take a closer look at their season along with NHL Odds and Stanley Cup Odds. St. Louis Blues 2020 NHL Season Analysis Read More
0 comments

Posted: Tuesday, March 31, 2020 10:04, EDT
The St. Louis Blues won the first Stanley Cup in franchise history last season in a major surprise. Are the Blues good enough to do it again this year? That’s assuming there even are Stanley Cup playoffs. Let’s take a closer look at their season along with NHL Odds and Stanley Cup Odds. St. Louis Blues 2020 NHL Season Analysis Read More
0 comments

Posted: Monday, March 30, 2020 8:11, EDT
Of all the major leagues in the US and Canada, it appears as though the NHL is the most active in terms of keeping fans up to date with what is going on. They recently released a very solid Q&A about the current situation and are actively talking about when things might start up again. What is not clear at Read More
0 comments

Posted: Wednesday, March 11, 2020 2:00, EDT
While they won’t be in the upcoming NHL playoffs, the Anaheim Ducks will look to put up another solid effort in order to get the big upset over the defending Stanley Cup champion St. Louis Blues when they square off at the Honda Center on Wednesday night. With these two playing polar opposite hockey recently, let’s find out which team Read More
0 comments

Posted: Monday, March 9, 2020 2:15, EDT
Sports players and fans tend to be a rather superstitious bunch. Ask the average player or fan about their pre-game routine and you can bet that you will hear all kinds of weird little quirks that really have zero impact on what is about to happen. Given that high level of superstition, you would think that the opportunity to win Read More
0 comments

Posted: Thursday, February 27, 2020 6:15, EST
The New York Islanders hope for a road victory when they take on defending champ St. Louis on Thursday night. The Islanders beat the Blues 3-2 in the last head-to-head match. Can New York beat St. Louis again? Or, will the defending champions show up with their best hockey? See below for NHL odds, analysis, and a free pick for Read More
0 comments

Posted: Friday, February 21, 2020 2:18, EST
It doesn’t matter what sport you talk about, winning back to back titles is never an easy task. It’s not uncommon to see championship teams lose some players to free agency during the offseason, while others experience a little bit of a hangover as they try to get back to the level that they achieved the previous season. You also Read More
0 comments

The Saint Louis Blues season started sluggish, beginning the 2019 calendar year with the worst record in the league; 15–18–4. However, they went on a 30–10–5 run to finish the season this postseason, they were able to scrape into the playoffs, and have been on a tear.