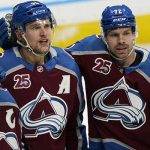 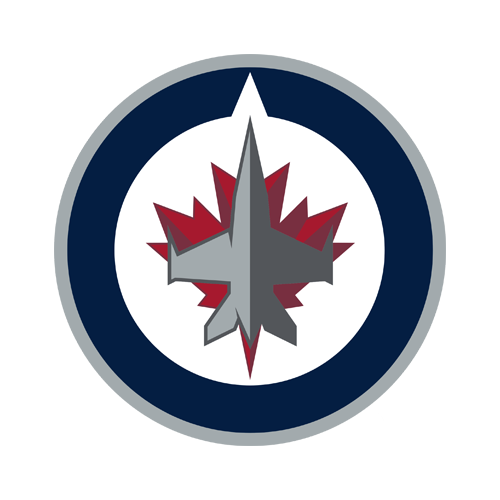 With one week of NHL action in the record books, it’s time for some expert hockey predictions on the NHL’s newly realigned North Division. With that in mind, let’s jump right into action so you can continue betting against their NHL odds.

The North Division marks a return to the NHL’s rivalry roots as featured only Canadian teams in its first seven seasons (1917-18-1923-24) until the Boston Bruins became the first U.S.-based franchise in 1924-25.

Montreal and Toronto, the NHL’s two remaining founding franchises, are in the same division for the 41st season all-time and 22nd consecutive campaign overall. Edmonton and Vancouver will continue as division rivals for a 41st consecutive season. Winnipeg renews some old rivalries because of the realignment. The original Jets were division rivals with Toronto for their final three seasons in Winnipeg and were longtime Smythe Division opponents of Edmonton, Calgary and Vancouver (1982-1993). Vancouver will renew its series with former division rivals Montreal and Toronto.

This season, the top four teams in each division will qualify for the Stanley Cup Playoffs, with inter-divisional play in the first two rounds of postseason action. Now, let’s get to our North Division NHL betting predictions!

The Leafs went 36-25-9 last season to finish second to Boston in the Atlantic division. Now, Toronto is favored to win the North Division, based mostly on the fact that Toronto has a perennially-powerful offense. The Leafs finished last season ranked a stellar third in scoring, but 26th in goals allowed. Toronto was eliminated in five games by Columbus in the qualifying round, but added some nice depth to their already potent group of offensive-minded forwards. If goalie Frederik Andersen can bounce back from the worst season of his career, Toronto’s loaded roster should be more than enough to help the Maple Leafs finish first in the North Division!

The Jets went 37-28-6 last season to finish fourth in the Central Division while ranking 17th in scoring (3.0 gpg) and 10th in goals allowed (2.8 gpg). Winnipeg lost to Calgary in four games in the qualifying round, but that result was hard to find fault with seeing as how elite forwards Mark Scheifele and Patrik Laine were lost to to injury after just one game. The good news is that the Jets added veteran center Paul Stastny and have the reigning Vezina Trophy winner in net in Connor Hellebuyck.

The Oilers went 37-25-9 a year ago to finish second to Vegas in the Pacific Division. Despite having two of the game’s best offensive players in former league MVP and No. 1 overall draft pick Connor McDavid (34 goals, 97 points) and Leon Draisaitl (43 goals, 110 points), Edmonton finished an identical 15th in scoring (3.1 gpg) and goals allowed (3.0 gpg). The Oilers made some under the radar signing this offseason by adding veteran Tyson Barrie and two-way center in Kyle Turris. A lot of Edmonton’s success could depend on the play of veteran goalie Mikko Koskinen who will be in net for his first full season after going 18-13-3 with a 2.75 goals-against-average and .917 save percentage.

The Canadiens went 31-31-9 last season to finish fifth in the Atlantic division. Montreal finished an identical 19th in scoring (2.9 gpg) and goals allowed (3.1 gpg), but managed to take Philadelphia six games before bowing out of last season’s playoffs in the opening round. The Habs made bold moves in the offseason by trading away Max Domi for Josh Anderson while signing Jake Allen to backup veteran net-minder Carey Price who has started 60-plus games in two of the last three full years.

Calgary went 36-27-7 to finish third in the Pacific Division. The Flames finished an uninspiring 20th in scoring (2.9 gpg) and 17th in goals allowed (3.1 gpg) after firing head coach Bill Peters early last season. While Calgary got past a banged up Winnipeg team in the qualifying round, the Flames fell to Dallas in the opening round. The good news is that Calgary made a series of stunning offseason moves by acquiring a trio of former Vancouver Canucks in starting goaltender Jacob Markstrom, defenseman Chris Tanev and winger Josh Leivo. Still, the Flames need bounce-back season from Johnny Gaudreau and Sean Monahan if they want to experience any kind of postseason success.

The Canucks went 36-27-6 last season to finish fourth in the Pacific Division. Vancouver finished an impressive eighth in scoring (3.2 gpg) and modest 20th in goals allowed (3.1 gpg) and took perennially-powerful Vegas to seven games before bowing out of the playoffs in seven games in the second round of the playoffs. Still, the Canucks need to improve defensively after allowing the fourth most shots in the NHL last season. The bad news is that Vancouver lost MVP goaltender Jacob Markstrom and will have former Caps net-minder Braden Holtby in his place this season, following the worst season of his career.

Ottawa went 25-34-12 last season while finishing an ugly 25th in scoring (2.7 gpg) and even more discouraging 30th in goals allowed (3.4 gpg). The Senators made a bunch of offseason moves and will have the third overall pick in the draft on ice in 19-year-old winger Tim Stutzle, but this team has too far to climb to challenge anyone – for anything – in 2021.

Posted: Tuesday, January 19, 2021 1:09, EST
With one week of NHL action in the record books, it’s time for some expert hockey predictions on the NHL’s newly realigned North Division. With that in mind, let’s jump right into action so you can continue betting against their NHL odds. 2021 NHL Season Predictions: North Division The North Division marks a return to the NHL’s rivalry roots as Read More

Posted: Thursday, August 6, 2020 5:23, EDT
Okay MyBookie ice hockey betting faithful, with five big matchups going down on Thursday night, it’s time to find out where the best betting value lies in tonight’s slate of NHL action. To that end, I’ve got a trio of matchups in the bullseye and all three are offering plenty of value for their own specific reasons. Now, let’s get Read More

Posted: Thursday, April 2, 2020 9:29, EDT
The Winnipeg Jets were battling for one of the final playoff spots in the Western Conference when the NHL suspended its season. Here’s an overview of the Jets this year and their Mybookie NHL odds and Stanley Cup Odds. Winnipeg Jets 2020 NHL Season Analysis Season Recap Winnipeg had 80 points when the season was suspended, fourth in the Central Read More

Posted: Wednesday, April 1, 2020 2:13, EDT
Every single season in the NHL, a few teams come out of nowhere to deliver a memorable season for their fans. What they do in those cases is set a bar that they need to try and reach, or surpass, every single season thereafter. That is a task that is much easier said than done, especially when that team make Read More

Posted: Wednesday, March 11, 2020 1:15, EDT
The Edmonton Oilers are going to make the playoffs and the Winnipeg Jets might. They could conceivably meet in the first round if the seedings shake out right. They close the regular-season series on Wednesday with Edmonton favored at home on the Mybookie odds. Let’s see how the NHL odds will be for the Jets vs Oilers. Jets vs Oilers Read More

Posted: Friday, March 6, 2020 11:49, EST
There is perhaps nothing worse than being in the playoff race all season long, only to trip and fall at the final hurdle. This is true for any sport, but it is probably even more so in the NHL given that the season is so long and grueling. With the races in both conferences so tight at the moment, there Read More

Posted: Thursday, February 27, 2020 6:30, EST
On Thursday night, the Washington Capitals throw down against the Winnipeg Jets in an interesting Eastern Conference versus Western Conference matchup. The Capitals remain in first place in the Metropolitan Division. To stay there, they must beat teams like Winnipeg. Can Washington get the road win? Or, will the Jets get the victory on their ice? Check out NHL odds, Read More

Posted: Tuesday, February 25, 2020 8:45, EST
The Washington Capitals haven’t been playing well of late, but they still hold down first place in the Metropolitan Division as they welcome the Winnipeg Jets for their only visit of the season to D.C. on Tuesday. The Caps are big favorites on the Mybookie NHL odds. Let’s see how the NHL odds will be for the Jets vs Capitals. Read More

Posted: Friday, February 14, 2020 1:05, EST
The San Jose Sharks and Winnipeg Jets will both be looking to get back in the win column following losses in their last respective contests. Now, with the Jets sitting one spot out of eighth place in the race for a postseason berth in the Western Conference and San Jose likely looking at being left on the outside looking in Read More

The Winnipeg Jets have been looking quite like the year’s past Toronto Maple Leafs. When the Jets look good, it’s great. When they start to look sloppy, things can get pretty ugly, fast. Recently, the Jets beat the Chicago Blackhawks 4-3 in OT, this gave them a little more hope for a playoff dream.

Currently, the Jets are 1-2 in their series with St.Louis. While St. Louis currently holds the lead, Winnipeg has the opportunity to turn the round in their favor.

Sports in the State of Washington D.C.