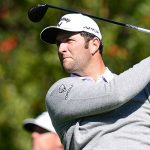 There's no other way to say it MyBookie golf betting nation! You can expect fireworks when the 2021 WGC-Workday Championship gets underway live from Concession Golf Course in Bradenton, Florida from Thursday, Feb. 25 to Sunday, Feb. 28. You see, all 15 of the top-ranked players in the world, will be in action in star-studded field that serves as a huge primer for the quickly-approaching The Players Championship. 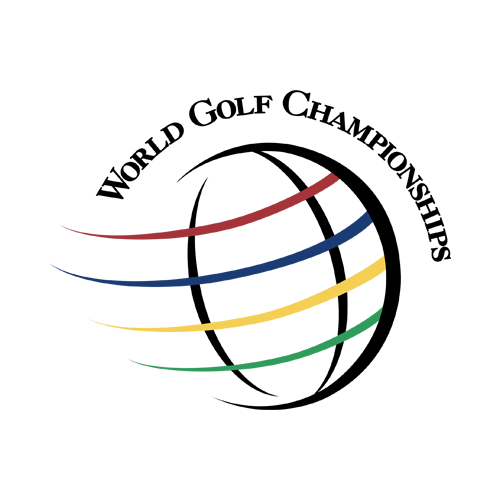 With the 2021 Masters Championships now a thing of the past, it’s time to look ahead on the PGA Tour. One week after Japanese star Hideki Matsuyama took his first career green jacket, the PGA Tour heads to Hilton Head, South Carolina for the 2021 RBC Heritage at Harbour Town Golf Links in Hilton Head, South Carolina. This annual star-studded event tees off Thursday, April 15. Let’s take a closer look at the upcoming event so you can bet against their Golf odds.

World No. 1 Dustin Johnson is the prohibitive favorite at +1000 while defending champion and 2013 runner-up Webb Simpson is next at +1200. A year ago, now ninth in the Official Golf World Rankings (OGWR), Simpson overcame a three-hour weather delay last year to record five birdies in six holes on the back nine on the final day to get the one shot win over Abraham Ancer.

“It was a crazy day,” Simpson said of his final round a year ago. “I didn’t get it going until the 12th and then the putts started going in and I started getting confident. It’s amazing to be standing here right now.”

Simpson finished a solid T12 in the Masters and has recorded four straight Top-16 finishes in this event, including last year’s victory.

World No. 10 Patrick Cantlay is third on the odds leaderboard despite missing the cut in two of his last three outings, including at the recently completed Masters. 24-year-old world No. 4 Collin Morikawa comes into this tournament fresh off a solid T18 finish in the Masters after winning the WGC-Dell Technologies Workday Championship on Feb. 28.

28-year-old Floridian Daniel Berger is 16th in the OGWR and should be hungry after having his four tournament run of Top-35 finishes snapped by missing the cut at this past weekend’s Masters.

A player to really keep an eye on this coming weekend is a player that made my pick at the 2021 Masters look phenomenal. 27th in the OGWR, 24-year-old Californian Will Zalatoris was phenomenal in finishing second in his Masters debut. Zalatoris has recorded six straight finishes of T28 or better and has the kind of game to win anywhere.

Posted: Monday, April 12, 2021 4:49, EDT
With the 2021 Masters Championships now a thing of the past, it’s time to look ahead on the PGA Tour. One week after Japanese star Hideki Matsuyama took his first career green jacket, the PGA Tour heads to Hilton Head, South Carolina for the 2021 RBC Heritage at Harbour Town Golf Links in Hilton Head, South Carolina. This annual star-studded Read More

Posted: Sunday, April 11, 2021 10:32, EDT
The Masters Reddit Stream 2:00pm to 7:00pm ET, Bet Masters Live all 2021 Masters Tournament Odds are available here. Day 4 Headlines at the Masters Hideki Matsuyama’s sublime day at the Masters gives him a four-shot lead and a shot at history. The Japanese Players odds plummeted on Saturday Night to -150 from +1200 at the start of Saturdays play. Read More

Posted: Wednesday, April 7, 2021 4:42, EDT
World No. 1 Dustin Johnson is the odds on favorite to win consecutive Masters titles (+900) and a handful of other superstar PGA performers are just behind at the top of the odds leaderboard. There’s incendiary 2015 Masters winner Jordan Spieth +1000), Bryson DeChambeau (+1000) and world No. 2 Jon Rahm (+1200). Just behind the top odds leaders are a Read More

Posted: Monday, April 5, 2021 5:51, EDT
World No. 1 Dustin Johnson is the prohibitive favore to win consecutive Masters titles and other elite stars like Bryson DeChambeau, a red-hot Jordan Spieth and Jon Rahm are at the top of the odds leaderboard to win the 2021 Masters Championship. However, there are a handful of other gifted golfers lurking just behind the odds-on-favorites to win the most Read More

Posted: Monday, March 29, 2021 4:56, EDT
Can world No. 1 Dustin Johnson go back-to-back to win the 2021 Masters title? Will Bryson DeChambeau’s power put him in the mix for the win as the No. 2 favorite? Will the gifted Jon Rahm finally bag his first major after knocking on the door at Augusta for a few years now? Could DJ get beat out by one Read More

Posted: Wednesday, March 24, 2021 1:43, EDT
While the world’s very best golfers will be in Austin, Texas for this week’s WGC-Dell Technologies Match Play Championship, you’re going to have a great chance to cash in with a potentially winning wager when the 2021 Corales Puntacana Resort and Club Championship gets underway on Thursday, March 25, live from the Dominican Republic. The field at this annual event Read More

Posted: Wednesday, March 17, 2021 5:36, EDT
With world No. 3 Justin Thomas fresh off a thrilling win at last weekend’s Player’s Championship, the PGA Tour remains in Florida for one final stop on this year’s docket. The 2021 Honda Classic gets underway on Thursday, March 18 with a modest field that features just four of the world’s Top-25 players. Fun-filled fact. The seven highest-ranked players this Read More

Posted: Wednesday, March 10, 2021 3:27, EST
Okay, MyBookie golf betting faithful, with the 2020-21 PGA Tour season set to host its third consecutive event in the Sunshine State of Florida, it’s time to find out which five golfers are looking like the top potential winners of the 2021 Players Championship. That being said, let’s get right to it so you can make your bets against their Read More

Posted: Wednesday, March 3, 2021 3:11, EST
With the 2021 Players Championship set for next week, a handful of the world’s best golfers will be in action when the 2021 Arnold Palmer Invitation gets underway on Thursday, March 4, live from Bay Hill Club and Lodge in Orlando, Florida. Let’s take a closer look at the favorites to win it all so you can bet against their Read More